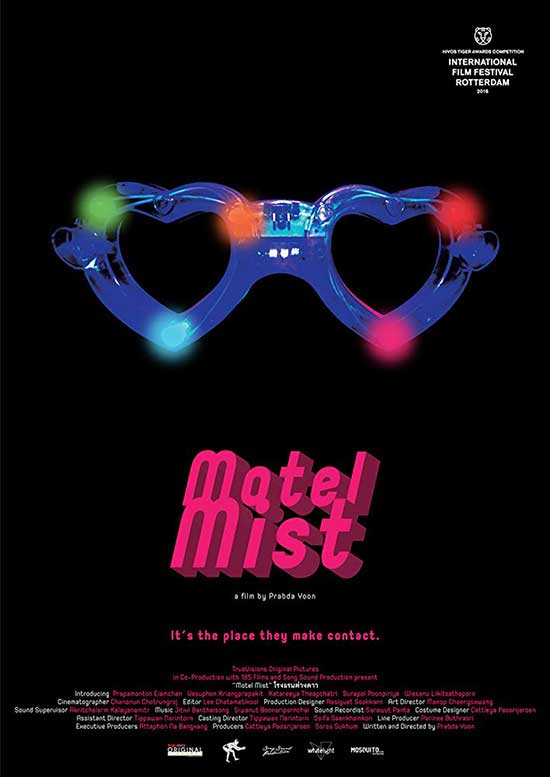 In just a few hours, at an unusual love motel on the outskirts of Bangkok called Motel Mistress, four (human) lives intertwine and change forever. Sopol, a typical Thai father-like figure with kinky and dangerous sexual fetishes, brings his new young prey, a school girl named Laila, to room number 7, his custom-made erotic chamber. Tul, a former child actor who has been reported missing by his mother and causing the media to speculate wildly over his alleged delusional belief that aliens are coming to take him away, shows up at the motel, determined to check into room number 5 and paint it all black. Tot, a motel staffer, dreams of a cooler job, and perhaps the handsome reward money offered by Tul’s mother for information on her son’s whereabouts could be useful. Sexy Vicky arrives just in time to help her friend Laila from falling under Sopol’s violent domination. These four lives eventually connect in a way that none of them could have anticipated. All are “taken away.” Because there’s more at Motel Mistress than meets the eye. Mysterious powers seem to have profound influence over every action and detail in the place. Maybe aliens are really there to take Tul away. And maybe that’s not all they’re there to do.

Motel Mist may be filmmaker Prabda Yoon’s directing debut, but it’s hardly his first experience in storytelling. He started out as a writer and translator, not only converting novels from English to Thai, but writing his own fiction as well; his short story collection, Kwam Na Ja Pen, won the 2002 SEA Write Award. He moved into the world of film as a writer, working on fellow Thai filmmaker Pen-Ek Ratanaruang’s Last Life in the Universe and Invisible Waves before moving into the role of auteur, writing and directing the Breaking Glass Pictures feature, Motel Mist. And believe me when I say, his first film is a very strange, beautiful, confusing trip.

In Yoon’s epic debut (and I mean epic, this is just short of two hours long), we follow a handful of characters to the aptly named Motel Mistress, where their lives unexpectedly connect in bizarre, confusing, and sometimes upsetting ways. There’s Sopol (Surapol Poonpiriya), a middle-aged man who seems quite vanilla on the outside, but unleashes a sadistic, dirty alter-ego behind closed doors. Tot (Wissanu Likitsathaporn) is a young man who works at the motel, keeping the place clean, showing guests to their rooms, and making sure all the hidden cameras are functioning (often times taking in a “show” or two), all the while dreaming of what could have been for him. On the other hand, Tul (Vasuphon Kriangprapakit) has already had the “dream” life; a former child star, he’s run away from it all, hiding from his family and fans at the motel while either going crazy or communicating with aliens. And we can’t forget young Laila (Prapamonton Eiamchan), a schoolgirl who seems to have been tricked into something dangerous by the dirty old Sopol…although, when her friend Vicky (Katareeya Theapchatri) shows up, we start wondering who tricked who. By the end, none of these people will be the same.

This is such a uniquely bizarre movie, it’s hard to pinpoint where, exactly, to begin when discussing it. Whereas a movie like Four Rooms, the Anders/Tarantino/Rodriguez/Alexandre Rockwell anthology set in a hotel, throws a number of characters together chaotically through loud scenes and quick, purposeful cuts, Motel Mist is a slow-moving, deeply existential film, building the interweaving stories patiently through long, drawn out shots and careful, deliberate editing. The whole thing is beautifully crafted, from the cinematography of Chananun Chotrungroj (see also Don’t Come Back from the Moon) and the editing of Lee Chatametikool (who also worked on Uncle Boonmee Who Can Recall His Past Lives, among many others) to the work of the entire cast as well as the makeup/effects crews and the set designers. To see this movie is to experience the true visual artistry of cinema. 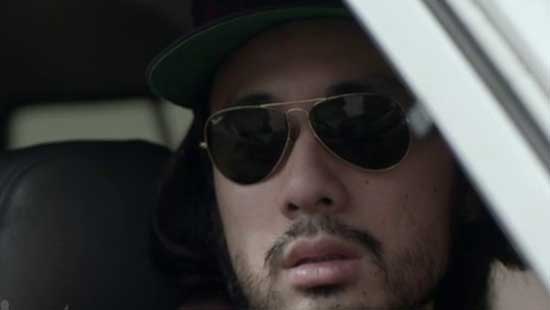 Just a bit before the midway point of the film, Sopol says, “Kids these days have no patience.” While this comes across as a typical complaint from the older generation, one can’t help but wonder if that line is about this movie as well. Motel Mist is a lot like Under the Skin in that it could probably be classified as a subtle sci-fi movie, and not a whole lot actually happens on screen. We do follow more characters in Yoon’s film, which by default means we have multiple story arcs, but a lot of what an audience might take away from this film is implied or hinted at. All of this is kind of the nice way of saying that Motel Mist is a bit slow moving most of the time, and won’t automatically appeal to the majority of horror/extreme cinema fans. 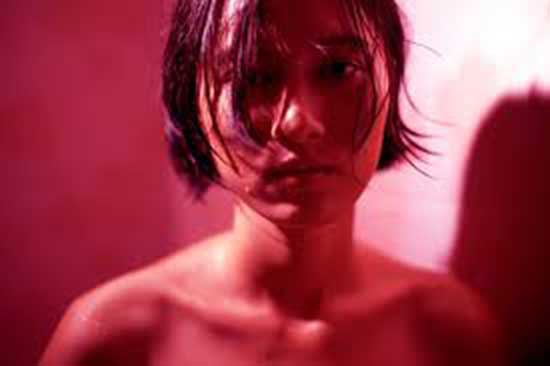 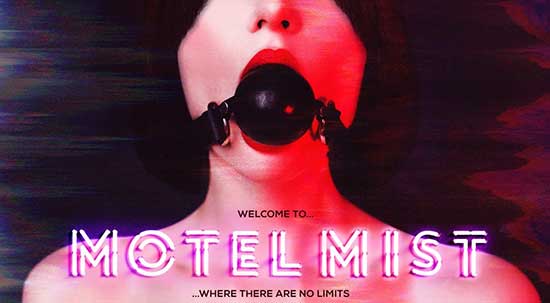 However, there is something to be said about a film that manages to wow on the visual side and confuse/frustrate/provoke discussion on the cerebral side of things. And that is exactly what Yoon’s Motel Mist does. While one of the storylines seems to tie itself up fairly neatly, there are a couple others that start in left field and keep going, leaving us wondering. Is Tul crazy, or is he speaking to someone (or something) from the beyond? Is he even human in the first place, or is he in some way supernatural? Does this film simply show a slice of life, focusing on this specific location, or are the events portrayed here the beginning of something much, much larger? Lots of questions, fewer answers, but in the end we’re left with a masterfully shot story that makes us really think. My opinion went back and forth during my first viewing, but since then this movie has really stuck with me. I can’t recommend it to everyone, but I think it’s definitely worth checking out, and I’m very interested to check out Prabda Yoon’s future work.