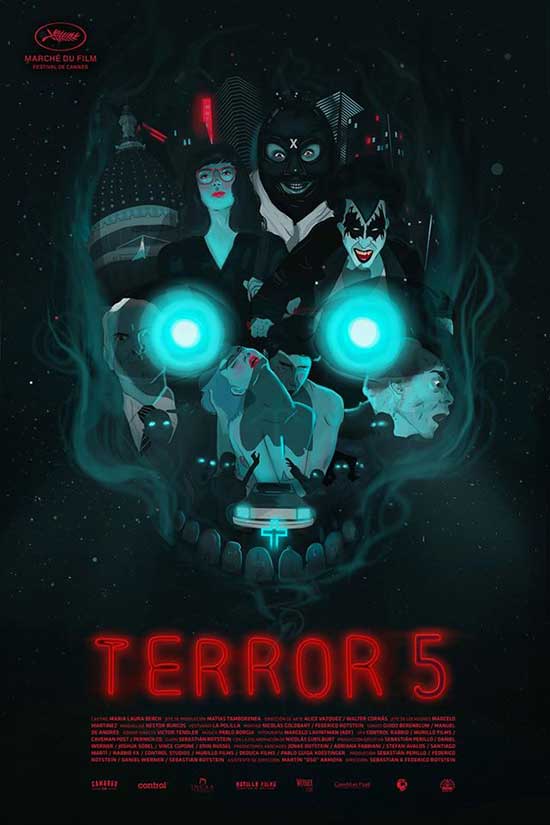 A horror anthology from Argentina that features stories about a bullied teen, a snuff film, zombies, a student meeting his crush at their school after class, and a couple of wannabe swingers who discover too late that they may have made a huge mistake.

I love horror anthologies and think that there are some great ones out there. However, for every excellent one like Creepshow and Tales from the Crypt you will also run across some mighty lousy ones like Creepshow 3 and either of the ABCs of Death too. I think that Terror 5 falls somewhere in the middle and even though it isn’t a total waste of time I don’t think I’ll be in any sort of rush to ever watch it again anytime soon. 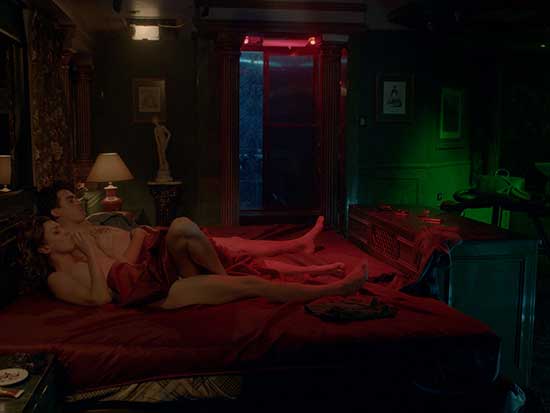 The first segment, “Colegio” doesn’t really have anything to do with the other segments and seems to be just thrown into the mix because the people behind the film needed another story and just slapped this one in there because they didn’t have anything else. It is about a high school student that meets up with a classmate that he has a crush on, and they end up going to their school one night (why would you go to your high school after hours on a date? I have no idea). He thinks they are going to have sex, but he is wrong and instead we discover that the object of his affection is into some mighty weird stuff. This segment is nothing to write home about and is basically just your usual torture porn stuff with no real point to it. Definitely one of the weaker of the segments in my opinion.

“TTT” is up next and while it isn’t that bad it is still painfully predictable, and most viewers will see the ending coming a mile away. It is about a couple that head to a hotel to have sex only for some creepy stuff to start happening once they get there. I don’t want to give anything away because I don’t want to spoil it for anyone but let’s just say that you’ve already seen what takes place over and over again and it doesn’t bring anything new to the table. 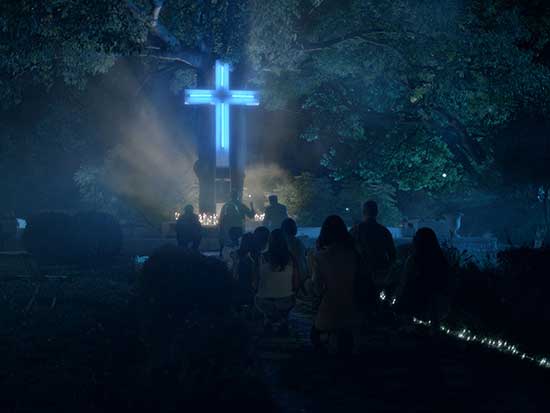 The third segment, “Senorita Virga” is without a doubt the worst of the bunch. Basically, it is about a bunch of obnoxious, unlikable young people having a party. Most of the characters enjoy picking on one of the other characters named Bruno because he is a chunky guy that has never had sex before. The entire segment is made up of scenes of them making fun of Bruno and picking on him until he finally snaps and does pretty much what you would expect him to do. Nothing new to see here either and it goes on a little too long that you really just don’t care anymore when the predictable ending finally takes place.

“Marina or Mariana” is next and it is a confusing mess about two guys that want to swing with the other’s girlfriend (I think). To be honest this one is sort of an incoherent headscratcher that doesn’t make a whole lot of sense. The ending is kind of cool I guess but since I’m still not exactly sure what is supposed to be happening, I may not have interpreted the ending the same way that the people behind it wanted me to. Overall, it’s a pretty pointless segment that has an OK jump scare at the end that makes little sense and has no explanation.

Rounding out the film is “Gritos” which revolves around a mayor and his toadies responsible for the deaths of a slew of people after a terrible accident takes place. The people that died as a result come back for revenge as zombies and all hell breaks loose. While this is probably the best of all the segments it is still unoriginal and nothing new. It’s a little more fun than the other segments though and I thought that the zombies looked decent with their glowing blue eyes and all. Still, if you’ve ever seen any other zombie flick then you’ve pretty much already seen this one so don’t expect anything new or amazing out of it.

Overall, I thought that Terror 5 was just so-so. None of the segments are really anything special and I don’t think that some of the ideas translate to an American audience as much as the filmmakers thought that they would. There are some problems with the subtitles at times which leads to a lot of confusion and as a result there were times where I had no clue what was going on or what the characters were talking about. Out of the five segments there were only two that I actually somewhat enjoyed, and I’d pretty much forgotten about the other three stories a couple of days after I watched them. Check it out if you’re into horror anthologies but just make sure to keep your expectations mighty low and you may not be disappointed.