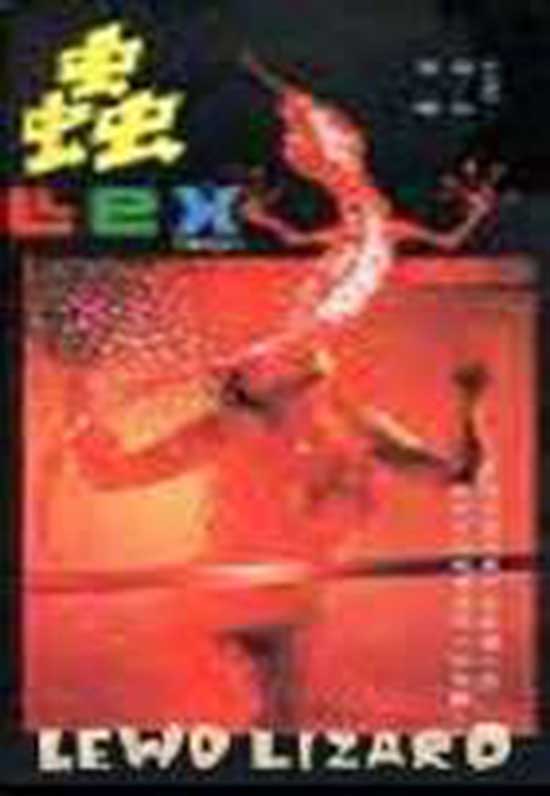 A young suitor loses his girlfriend to a wealthy businessman. At first he’s angry. Then in a fit of depression, he goes to the sea shore where he finds lizards. Immediately he puts the lizards into a bag and takes them home. Then for no apparent reason the man becomes obsessed with ladies dirty underwear (actually sniffing the panties to make sure) and he steals six or seven “tainted” ones from public restrooms and brothels. At this point the man mixes the juices from the underwear with a special “aggressive compound” and then injects the fluid into the lizards. The little reptiles (now hooked on “love jizz”) become soldiers in his personal battle against females. “I hate women!” he screams, holding helpless victim’s legs apart allowing the little creatures to gain entrance. Lots of women die, driven mad with sexual ecstasy and pain, while the misogynist psycho howls with laughter.

Lewd Lizard (aka Chong) is one of the more bizarre films I’ve encountered in my 6+ years writing for Horrornews.net – and looking back at my list of movie reviews, that’s saying a lot. It’s almost as tough to find information about this obscure title as it is to find a viewable copy of the movie itself. Falling into the infamous CAT III classification, this is a movie out of Hong Kong that came out back in either 1979 or 1985, depending on where you look (I lean toward the 1979 date), and appears to have been produced by a company called Lex Video, then distributed by QC Video. Now, Lewd Lizard pops up here and there via the bootleg DVD-R copy, complete with the authentic heavily-viewed VHS look and “burnt” subtitles, sometimes half off the screen, sometimes appearing as white words against a white background, and disappearing completely for about 13 minutes in the first third of the movie. But still, given all of this craziness (and so much more we’ll be covering shortly), this is a movie that needs to be tracked down and given its day in court. 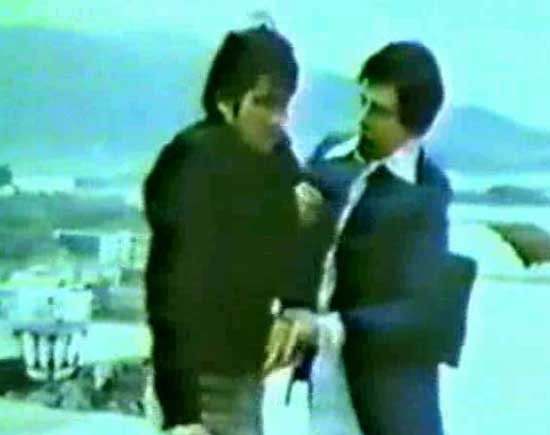 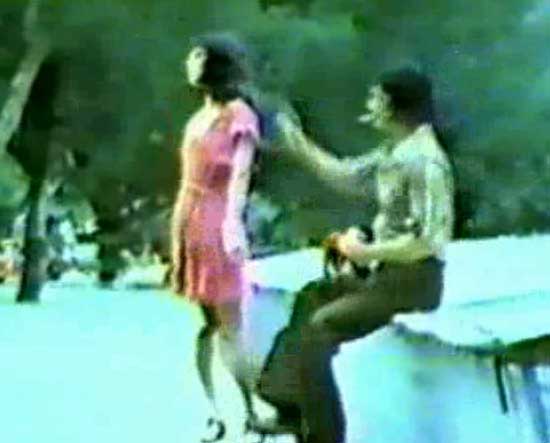 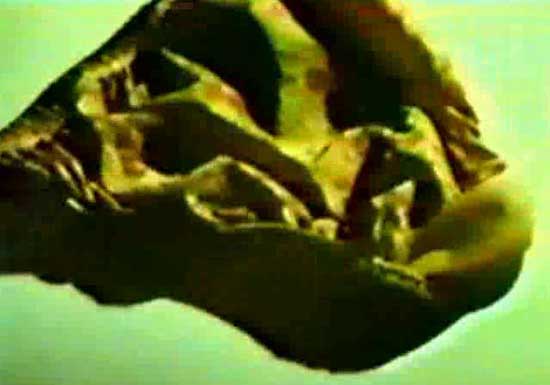 Possibly written by, and definitely directed (under the names Wang Hsiung and Wai Wang) by Norman Chu (actor in The Flying Guillotine, The 36th Chamber of Shaolin, and various other movies referenced by the Wu-Tang Clan) and Yung Ling Wang, both in their directorial debuts (and, apparently, finales), Lewd Lizard is an exploitation film unlike any other. There’s martial arts violence, there’s sex, there’s laughs, there’s horror…and there’s a funk version of In-A-Gadda-Da-Vida. The main story focuses on David (most of the opening credits are not translated, so my normal listings of actors/actresses and other credits will be absent here, but I believe David is played by co-director Norman Chu), who is madly in love with Shan Shan. But while David is away, Shan Shan’s family is harassed by a criminal element, and in order to protect them and “pay off” their debts, she marries George, a mobster. David returns, finds that his soulmate has married another man, and begs her to come back to him, which, of course, she does not. If this was any other exploitation film, there would be some kind of bloody revenge executed for the next 60 or so minutes – but this is not your average exploitation film. 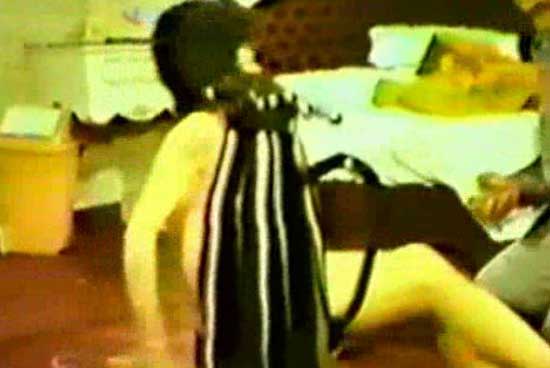 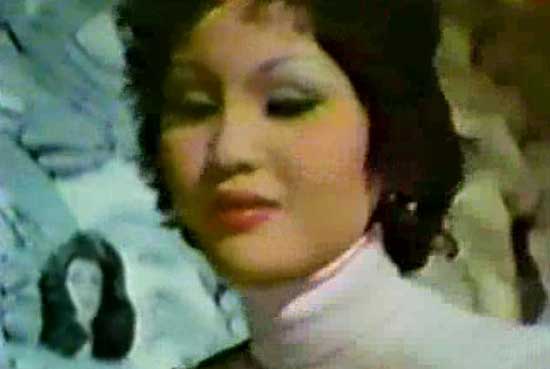 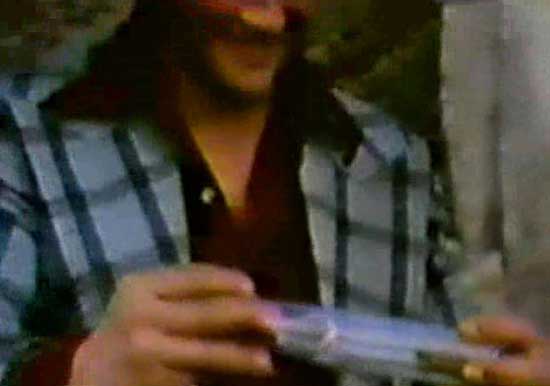 David has a science background, so instead of grabbing a shotgun or a sword, he collects some lizards and some used panties. At home, in his very own Mr. Wizard laboratory, he takes blood (?) from snakes and frogs, then mixes it with the crotchal region of the stolen panties, and injects this formula into the lizards. As you might expect (would you?), this causes the small reptiles to go bonkers over the scent/taste/just plain idea of a human vagina. And it turns out, this is how David has decided to fight back against his girl leaving him: he’ll put doped-up lizards into their panties (while they’re wearing them) and introduce them to lizard-induced orgasm death. No, for real…the lizards apparently make their way inside the woman (this is not shown as graphically as you might expect), and then cause them the most intense orgasm they’ve maybe ever experienced, but also death. Hence the title of the film, Lewd Lizard. All this to win back his true love, I guess. 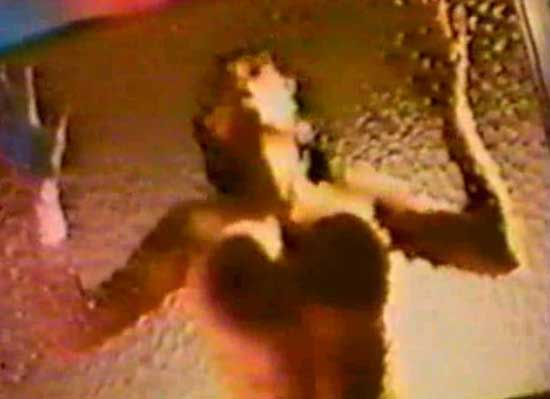 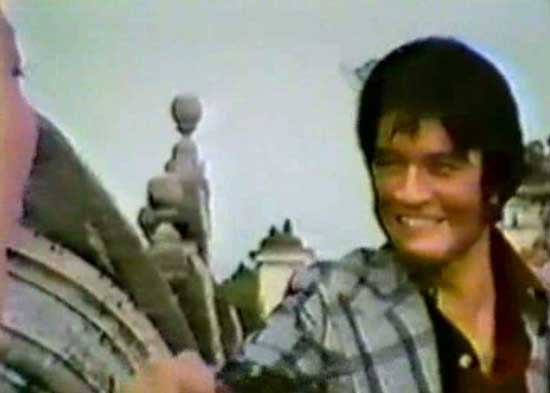 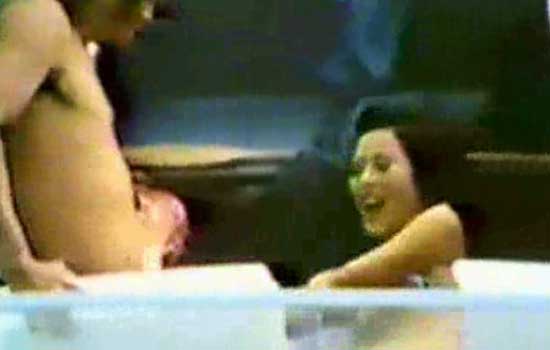 Lewd Lizard is one of the more obscure, morally-questionable, completely bizarre films out there for public consumption. Almost right up front, we as an audience are asked to follow a protagonist, David, who at one point screams to the world, “I hate women!” because he has been dumped by a woman who did what she had to do to save her family. As the film goes on, there are plenty of instances of him teasing women, hitting women, and killing women by slipping doped-up lizards into their most private of areas. 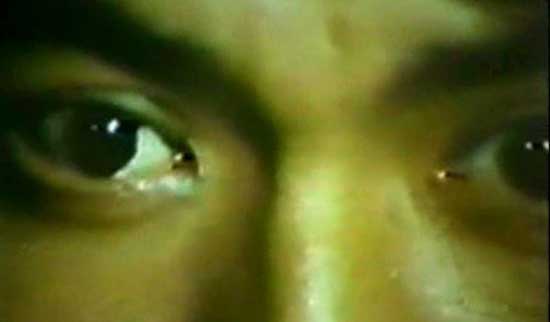 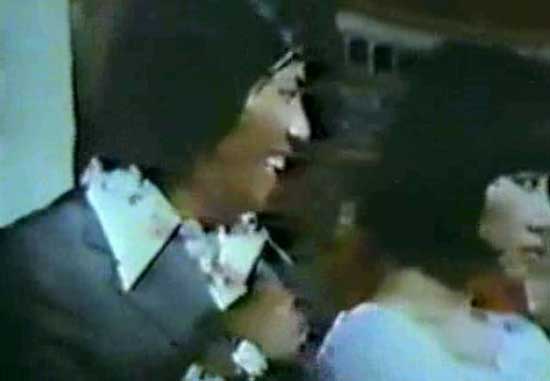 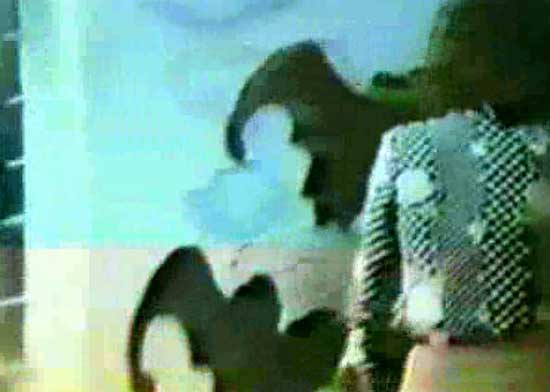 At the same time, this is so silly, it’s hard to remember how reprehensible the main character is: there are goofy scenes where the police try and find the maniacal killer with comical results; there is a montage set to sappy music where David and a woman his friend set him up with go on a date, and then she uses the lizards on herself; and there’s the overarching concept that mixing lizards with used panties will create killer, orgasm-producing reptiles. This is a movie full of martial arts, strange sex, and ridiculousness, and it’s recommended for A) anyone who has a good sense of humor along with a high level of tolerance before they’re offended, and B) anyone who can actually track this extremely rare gem down.