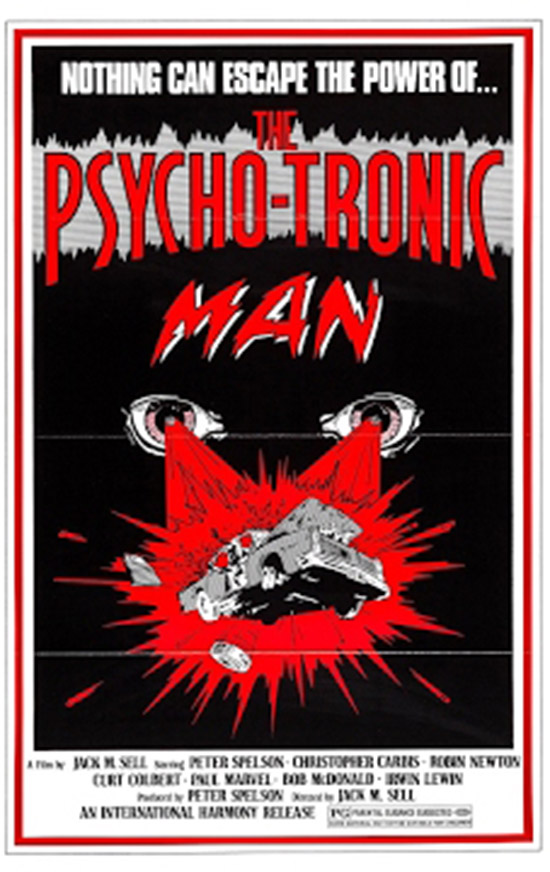 After a paranormal encounter, a Chicago barber develops uncontrollable telekinetic powers. In a fit of psychotronic rage, he kills an elderly man, becoming the target of a citywide manhunt.

I’m a huge admirer of independent horror films, particularly regional ones by the likes of Don Dohler (The Alien Factor) or Charles B. Pierce (Legend of Boggy Creek). These are films produced against overwhelming odds with underwhelming budgets. So before watching THE PSYCHOTRONIC MAN, I did a bit of research and discovered it had an interesting back-story. Psychotronic was privately financed, and its novice director also served as the director of photography and editor. It was shot entirely in Chicago during the seventies- a period when the city’s mayor was actively discouraging local filmmaking. If you’ve ever read about Chicago’s Mayor Daley, you’d know that “active discouragement,” meant harassment, arrest and draconian prosecution. Yet the filmmakers soldiered on, even shooting large-scale car chases in midtown without the benefit of permits. The film also inspired the name of Michael Weldon’s pioneering cult film magazine Psychotronic, which in itself is endearing.  So going into this, I wholeheartedly wanted to like The Psychotronic Man, but much like Rocky, its hair-cutting hero it’s a tough thing to love. 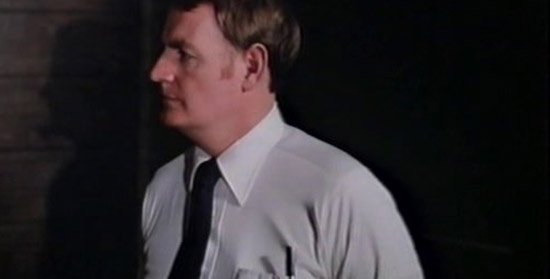 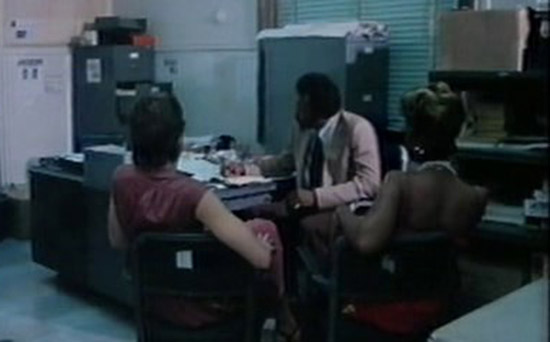 We kick off with a nicely shot opening scene where we meet Rocky (Peter G. Spelson who also wrote and produced), a barber who’s own hair, mustache, and sideburns combo is a masterpiece of the coiffure’s art. We discover he’s a heavy drinker (we didn’t have alcoholics in 1979) who keeps his booze hidden in a hair tonic bottle… except there’s a whiskey bottle sitting right next to it in plain view. So is he actually drinking hair tonic? It would explain a lot of what follows.

Rocky closes the shop and starts driving home in what we assume will be the credit sequence. But instead of credits we just get two and a half minutes of Rocky motoring through rural Illinois accompanied by an AM country station. It’s a nice looking travelogue, and we even get aerial shots- a rarity in micro-budget films. But no matter how you dress it up it’s still just a drunken barber aimlessly driving through the boondocks. Our reward for enduring this montage is a three-minute credit sequence played over shots of trees. Finally, at the nine-minute mark, (which is only four and a half minutes of the actual movie) Rocky passes out in his car, which didn’t help in my own battle against boredom. 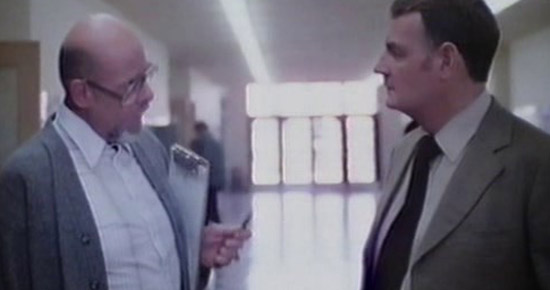 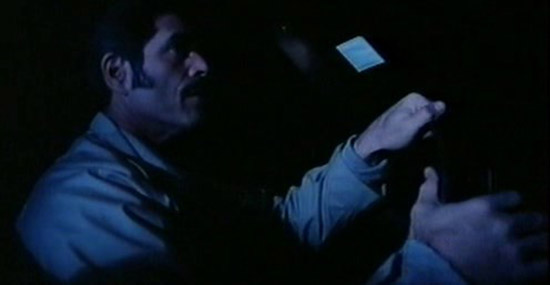 Oh, Psychotronic Man you’re killing me! I glanced at the running time and discovered that, even with this initial padding, Psychotronic only clocks in at an hour and seventeen minutes. This does not bode well.

Things finally start getting Psychotronic when due to either paranormal or alien intervention, Rocky’s car mysteriously floats into the air. He screams until he blacks out, only to awake hours later sitting at a traffic light experiencing missing time. He dismisses the whole event as a weird dream, which I’m told can happen when you guzzle Vitalis.

The next morning we meet Rocky’s long-suffering wife (Lindsey Novak) who assumes he went out on another bender, which he kind of did unless drinking hair tonic counts as work related. Rocky insists he wasn’t drunk and relates his weird dream experience. Rocky’s wife convinces him to visit a doctor.

Just to recap, we’ve now discovered that Rocky is a drunk who verbally abuses to his wife and lies a lot. But don’t worry- our hero actually gets more unlikeable.

After a visit to the doctor, Rocky develops telekinetic powers. Terrified, he decides to revisit the scene of the “incident,” which cues another minute and a half of pointless driving. Eventually, he meets an old codger who claims to have heard strange noises the night before and then politely serves him up some baked beans. Rocky rewards the old guy’s hospitality by unleashing his psychotronic wrath, claiming his first victim. But despite his newfound mental powers, Rocky is terrible at covering his tracks, and soon a detective with a weird Irish brogue (Chris Carbis) is hot on his trail. 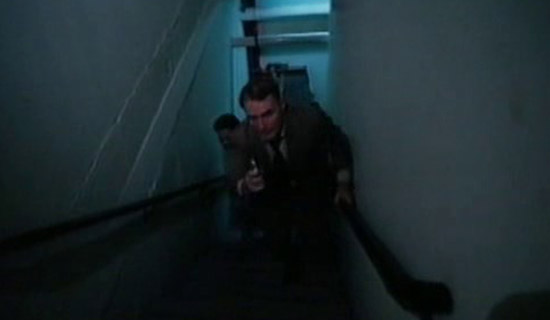 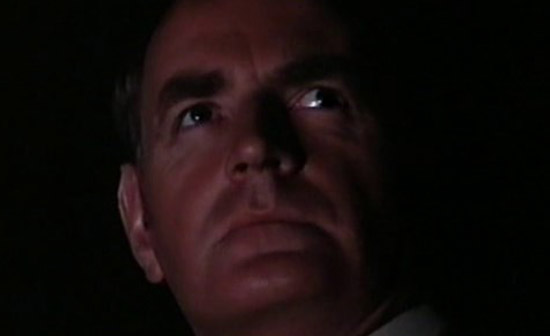 Rocky uses his telepathic abilities to kill another victim before hooking up with his hair stylist girlfriend (Robin Newton). You got it, good ole drunken, spousal abusing Rocky is also cheating on his wife, making him one of the more despicable heroes in film history. Oh, and their barroom hookup scene is shamelessly padded with a local band’s extended performance.

The film climaxes with a car chase through Chicago, which would have been great except it goes on for ten solid minutes before shifting to an even slower foot chase, all played against the same three note piano theme.

What we have here is a forty-minute film padded to feature length ala HG Lewis’ mind numbing Monster A Go-Go (1965), which was also shot in Chicago. But while Lewis fleshed out an unfinished film with cheap cutaways and narration Psychotronic does it with elaborate aerial driving shots and extended car chases. Wouldn’t it have been cheaper and easier to add a few more murders or some character development to reach feature length? As with many first-time film making efforts, the script, or lack thereof, is the movie’s worst enemy.

The script does provide us with a few delirious moments, particularly when a doctor points at x-rays of Rocky’s skull and announces he’s discovered abnormalities. The normal reaction to discovering you may have a turnip growing on your brain would be,  “Gee doc what is it?” or maybe “how long do I have to live?” But good old Rocky ignores this pants-wetting revelation and just badgers the doctor about the weird dream he had.

But I refuse to be entirely negative, so here are some plus factors. Despite its low budget Psychotronic is well shot, with solid technical work. Director/Cameraman Jack Sell works in some nice tracking shots and even breaks out a crane for a few scenes. There are exciting moments in the extended car chase, though it becomes mind numbing at the halfway mark. The well-chosen locations provide some money shots, including a medical school packed with cadavers. Peter G. Spelson gives it all he’s got as Rocky even though his own script has him behaving wretchedly and saying inane things. 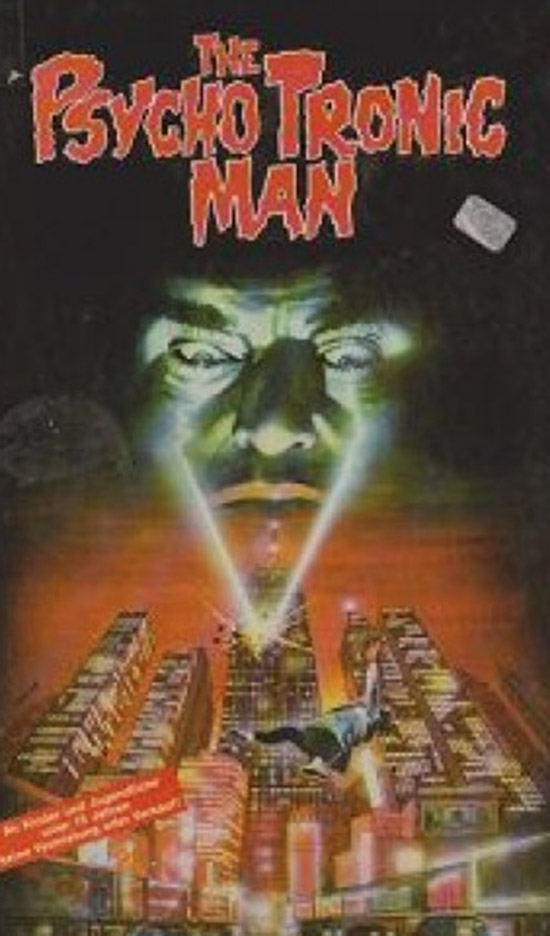 Using my own psychotronic powers, I predict The Psychotronic Man’s blatant padding will either bore or enrage you. Either way, it spoils what might have been an intriguing short subject.

The late Peter G. Spelson never wrote or produced another film but did appear in the 1983 horror film Blood Beat. Jack M. Sell directed two more films- the Kentucky Fried Movie inspired comedy Outtakes (1987) and the more serious Deadly Spygames (1989) in which he also starred. I tried to contact him, thinking that an interview would be more fun than a negative review, but he didn’t respond to my emails. That’s a shame because I bet there’s some great behind the scenes stories waiting to be told. 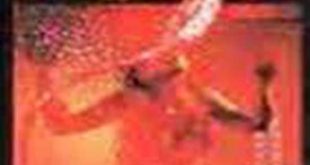