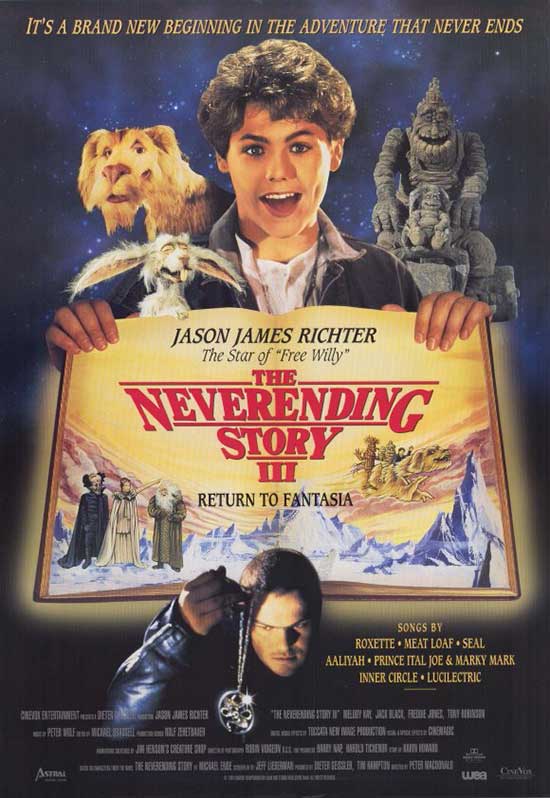 A young boy must restore order when a group of bullies steal the magical book that acts as a portal between Earth and the imaginary world of Fantasia.

When I saw that there was a 3rd entry in the Neverending Story franchise, I was taken aback. Not only was I unaware they ever made another one, but I couldn’t see how it got made. The second movie sucked harder than a vacuum, so the fact someone got it in their head to make another installment is baffling. Since it’s a movie I’ve been asked to review, I feared that The Neverending Story 3 was going to follow in the footsteps of the other films aimed at children I had to review. Which is to say, I was sure it was going to be absolutely terrible.

It really sucks that I turned out to be right. 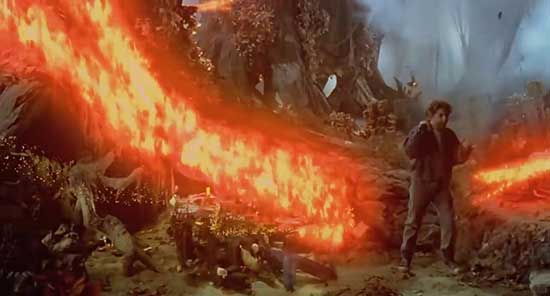 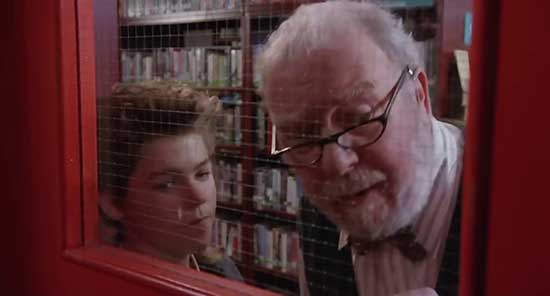 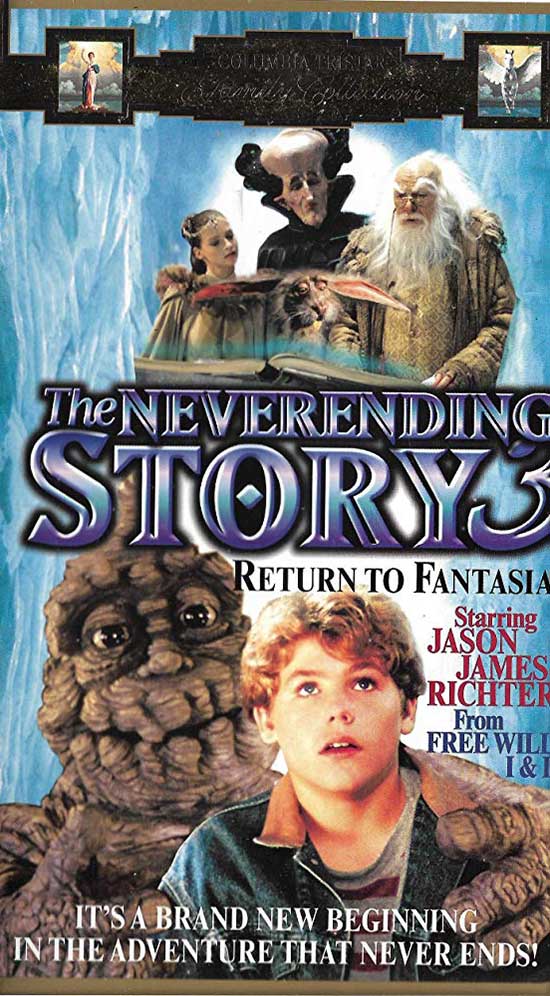 So, this turd pile of a film follows Bastian, the main character of the previous films, as he adjusts to his life in a new town, a new stepmother, and a new stepsister who wants little to do with him. Adding to his problems is that his first day of school finds him in the crosshairs of the local gang of bullies called The Nasties. After coming across The Neverending Story book in his school’s library, Bastian escapes into the magical world contained in its pages when avoiding the bullies. However, the Nasties get a hold of the book themselves and start using it to cause chaos for the world. It falls on Bastian and his allies to come to the real world and get the book back before The Nasties do more damage.

This freaking movie is just a mess of stupidity. It ignores a lot of what happened in the previous movies and makes characters do things just because the story needs them to do them, not because it actually makes sense. Some of the more tragic characters from previous installments are now treated like jokes or act like borderline psychopaths that run over small animals on the road. (An actual scene in the movie). There’s barely any continuity between The Neverending Story 3 and the first two movies, with the only connective tissue being Bastian and a few returning characters. Heck, they couldn’t even get most of the actors from previous installments to star in this one. Anyone who’s a fan of the first film will have no reason to like this movie. 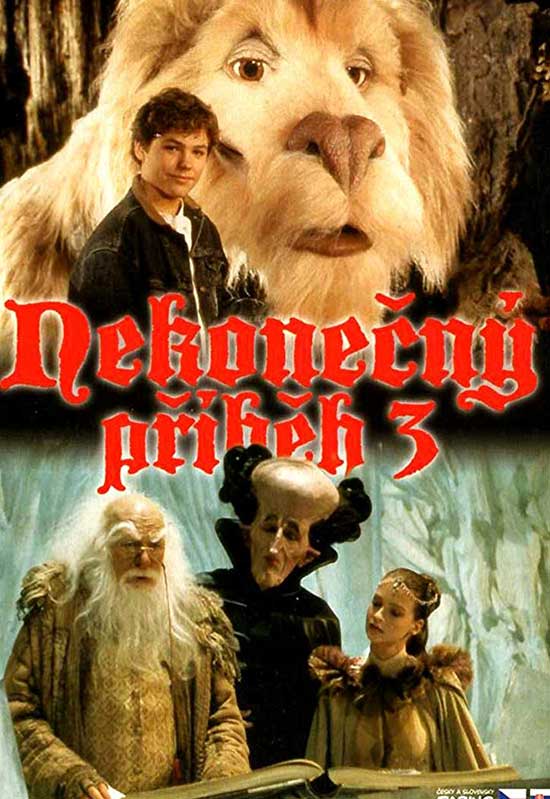 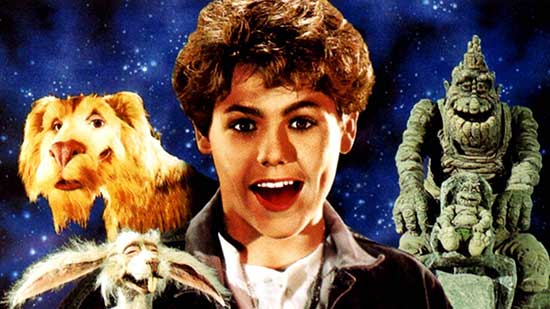 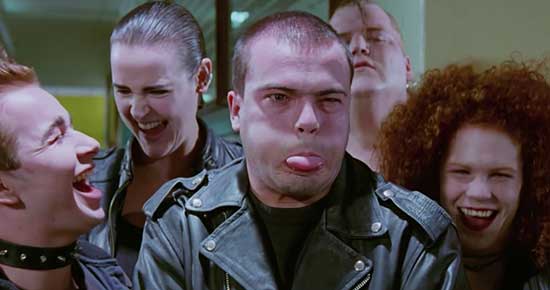 Another big issue with this turd nugget is that it’s absolutely without an ounce of charm. There’s nothing to draw you in or make you invested in what’s happening. Most of the characters are uninteresting or outright unlikeable, which makes it so that you don’t really care about their fates one way or the other. The writing isn’t particularly good and far less as clever as it tries to be. All attempts at humor are so poorly executed that I doubt even a child would find it funny, and the only time it manages to be funny it’s not intentional. Most of the child actors were terrible, and since our main characters were around 13 years old, this makes the film’s runtime particularly painful to sit through. At least the adults in the film gave halfway decent performances, but it’s not enough to counter the woodenness of the preteen cast. You could seriously get more believable performances if you replaced the kids with ventriloquist dummies. 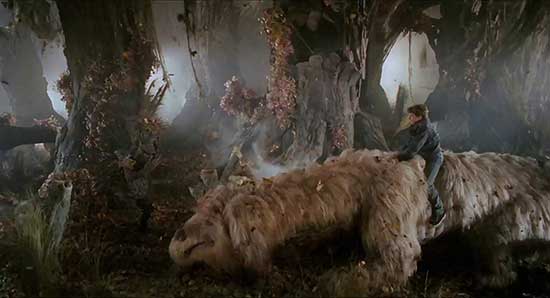 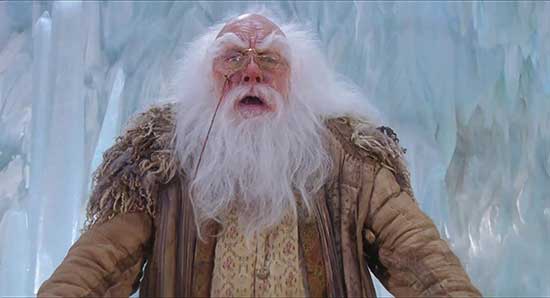 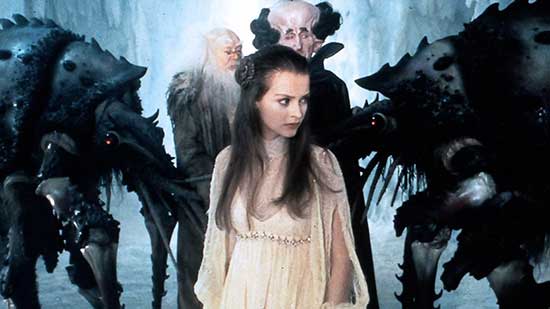 The only good thing that the film has going for it is that the special effects were fairly decent despite having a limited budget. The set designs were interesting, and the magical world that Bastian is transported to looked great. If the story involved exploring more of that fantasy realm and facing threats there, it could have made for a far more entertaining experience. Sadly, having the majority of the film takes place in the “real world” made for a bland movie that didn’t have enough going for it to make it stand out. 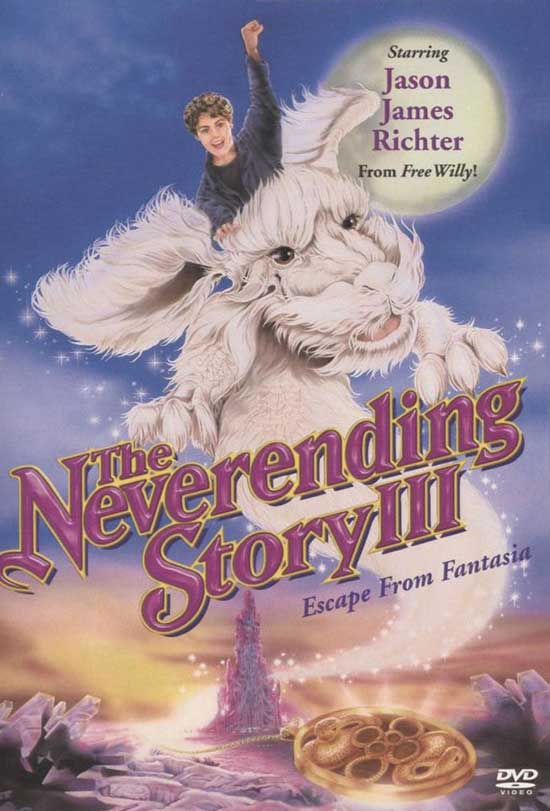 The Neverending Story part 3 is a disappointing experience that won’t appeal to adults and would barely appeal to children. It has nothing of what made the original entry into the franchise special. It had none of the heart, emotion, or uniqueness to help it even be a fraction of what the first film was. It’s just a dull film that would be lucky to be considered mediocre. The only interesting things about the movie is its special effects and the fact that it’s one of Jack Black’s very first movie roles. Neither of which is enough to make Neverending Story 3 worthy of a recommendation 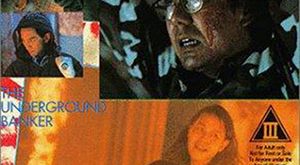