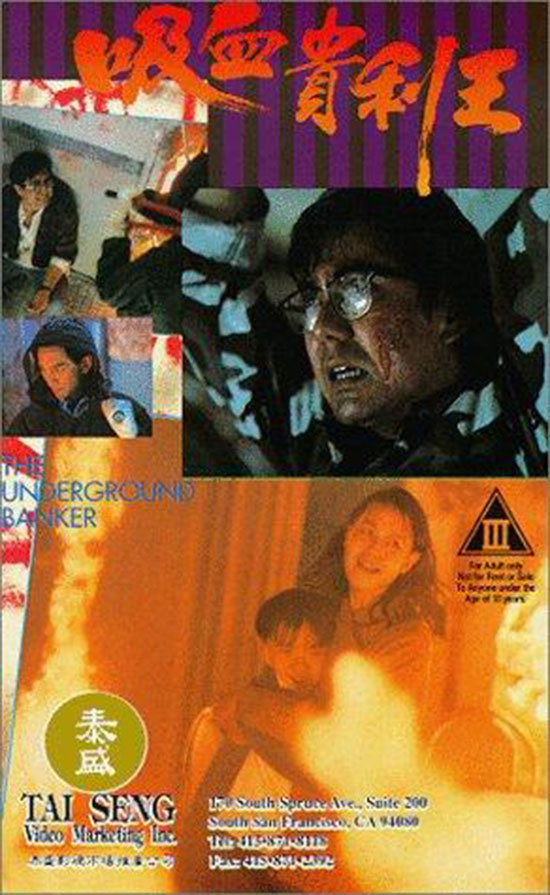 We love stories about organized crime. We love the idea of a world seemingly run by law and order, when in actuality it’s an underground organization of tough guys in nice suits pulling the strings. They can be the protagonists (The Sopranos, Martin Scorsese’s oeuvre, etc) or they can be the villains (everything else), but they are always compelling characters and instantly inject tension into a story. They are everywhere, all powerful, and dedicated to settling whatever debts they are owed through horrifying means. But as we all know, it’s nothing personal–just business. 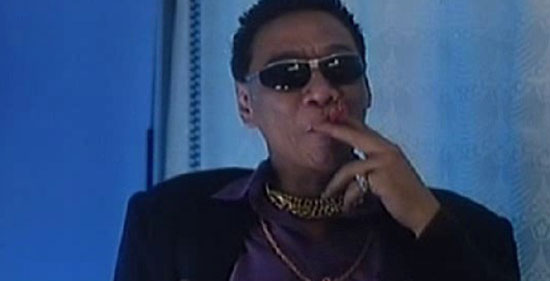 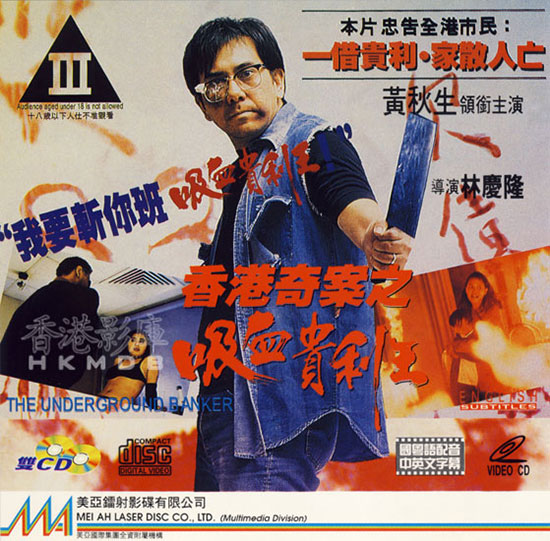 Ming is a mild-mannered truck driver struggling to support his wife Kitty, son Tak, and younger sister Kwan. He manages to get his family moved out of their rotting flat into a nicer division of public housing, where he hopes they can start over. His happiness is short-lived when he learns that the serial killer Lam Kuo Jan is living next door, recently reformed and safely released back into society. It turns out that Jan is a perfectly nice guy, if not a little creepy. He strikes up a friendship with Ming’s son, and later Ming himself, when he uses acupuncture to cure Ming’s erectile dysfunction. (Nothing is stronger than the bond forged between a man with a limp penis and the man who fixes it.)

Meanwhile, Kitty runs into an old flame—the charismatic bad boy Canner with his leather jacket and fast talking jive. He convinces her to invest the little money she has into the stock market, and predictably, it all falls through and Kitty finds herself asking for a loan from Canner’s boss. And who does Canner work for? The mob, of course, led by the notorious Black Chau, a greasy leisure-suit wearing, sunglasses-at-night asshole (aside: my translation referred to him as Granny Chau, which is very funny and somehow more intimidating). After hearing the complicated payment plan involved in receiving a loan from criminals, Kitty agrees to the conditions, and sets the stage for all hell to come down upon her family.

We know from our many cinematic run-ins with the mafia that it’s best to not ever get involved, period. It certainly pays to have high-functioning criminal friends when you’re in a jam, but the problem arises when it comes to returning the favor, especially if that favor involves enormous amounts of money. The debt must be repaid, one way or another, and if you can’t work for it, you’ll die for it.

Despite the darkness of the plot, Underground Banker has heaps of fun with its blood- and sex- soaked premise. The film moves with the goofy energy of a 70’s comedy, and everyone turns in an expressive performance that expertly balances both the funny moments with the dark ones.

Almost every character is a joy to watch. Our hero Ming is a classic bumbling dad, so sweet and mild that his nickname is Marshmallow. He scrapes along trying to do right by his family and be a good provider, oblivious to how little his wife cares about him. His sister Kwan is smart and fearless, usually reserved and chill, but instantly willing to fight literally anyone who steps to her (seriously, this teen girl smacks down three horny gang members by herself while her friends cower in the corner). Even our mob goons hold their own charms, smarmy and cocky and always stylish, led by the king pig Chau, who is so over-the-top evil that he appears in fish-eye lens shots highlighting his soulless purple sunglasses and sweaty temples.

The best character is hands-down Jan the recovered serial killer. He has some weirdo mannerisms, sure, like collecting chainsaws, looming in doorways, and slaughtering a live chicken with all the grace and flair of a hibachi chef. But he is a genuinely good guy simply struggling with an addiction, which he has learned to control through the power of Buddhism. He forms a sweet friendship with young Tak over video games, and when the mob’s threats come to life and nearly kill the boy, Jan kicks his baser instincts into high gear and swears bloody revenge on the criminals responsible. Watching him transform from a controlled and quiet stiff into a gleefully lethal predator is fantastic, and it’s so satisfying to see these tough guys with their big guns get cut to ribbons by a few quick-moving scalpels. 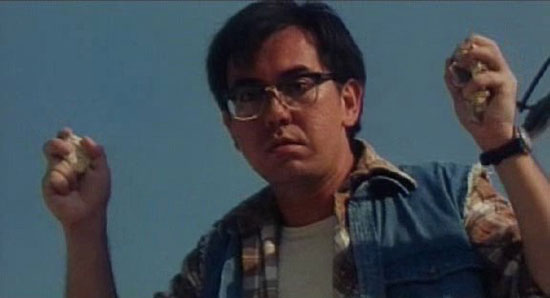 Our true villain and worst person alive is Kitty, the one who started this whole mess in the first place. She is painted in a bad light from the beginning—openly disrespecting her husband and flirting with old boyfriends, and eventually whoring herself out to repay her debts (which is fitting because her wardrobe already advertised as much).  It would be enough that she lets herself get sweet-talked into squandering all their money only to get further talked into borrowing from the mob, but she makes it all the worse by dragging her family into the mess she made. She doesn’t tell Ming about anything she’s been doing, and when things get really hairy, she offers her sister-in-law to Chau as payment. This culminates to endangering her son’s life and ultimately leads to her painful end. The message isn’t so subtle about what being the “wrong” kind of woman gets you, which is problematic (especially when you bring in some rapey elements later on), but in Kitty’s case, at least somewhat deserved.

The Underground Banker (1994) is a great time from start to finish, filled with zany energy and exploitation galore. The emotional punches are sincerely felt and the comedy consistently lands, even in the more immature moments involving the erectile dysfunction sideplot. It has all the features of a grimy drive-in movie but with better flow and better performances, and an ending that truly satisfies as much as it delights. Gather a few friends and some beverages and settle in for a rollicking ride through the criminal underground.