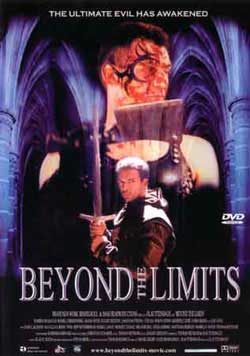 A reporter interviews the caretaker of a cemetery and he tells her two very different stories that are connected to each other (sort of). One tale is about the chaos that erupts when a crime lord’s dinner party is crashed by unexpected guests and the blood bath that ensues. The other story is set during the medieval period and centers on a demented man’s quest to find a body for Satan to reform in. After the caretaker tells his stories then goes on to reveal to the reporter that he isn’t exactly who he seems.

Brought to you by most of the people who did “Chain Reaction,” “Beyond the Limits” is probably the weaker of these two films. I just really wasn’t into either story and thought that the wrap around was a little forced and goofy as the filmmakers went for the cheap “twist” that most viewers would see coming a mile away. I don’t think that it is a terrible movie as it does have a couple of redeeming qualities but overall I just wasn’t that impressed with it.

Check out Gory Trailer for 2003 Beyond the Limits

The first story, set in present day, was my least favorite of the two. It is more of a crime drama/action flick as it deals with a shady guy and his dinner guests being tormented and killed by an acquaintance. This segment has a bunch of twists and turns but in general it just wasn’t so great and it fell apart toward the end. It is a little too long and then ends very abruptly like the plot just ran out of steam. 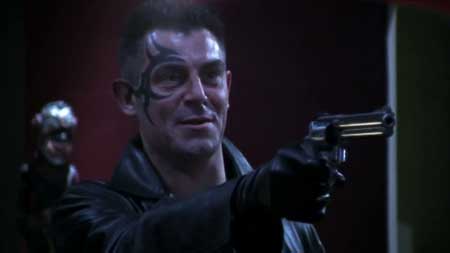 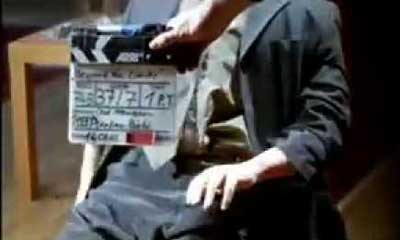 The second story is just a tad bit better (though not by much). It is about a crazy guy obsessed with bringing Satan back to Earth, and to do so he must find a suitable body for the evil being. During his search to find the proper vessel for his master the man tortures and kills countless people with the help of his bloodthirsty companion, Brewster. When one of his underlings disagrees with his methods he targets the man’s girlfriend and her father. This one ends on a very cheesy and predictable note that didn’t take me by surprise in any way.

I think the biggest problem with “Beyond the Limits” is the writing. Neither of these stories is very interesting or original, and as a result I had a hard time paying attention. The first story had promise and I kept expecting there to be some huge payoff, but it never happened and it just peters out at the end. The same thing can be said for the second story even if it is a little better. Neither one of the stories I would call a masterpiece and at times it was hard to resist the urge to skip to the next scene. 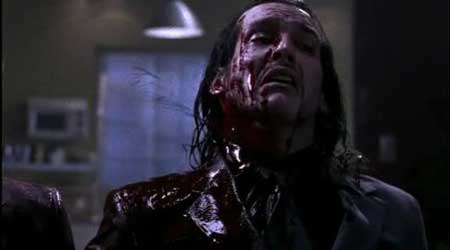 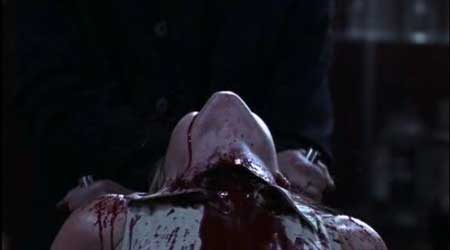 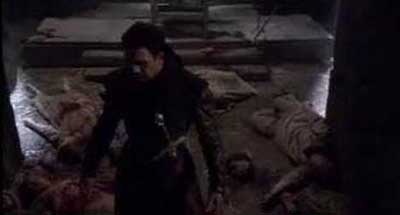 The only thing that saved “Beyond the Limits” was the fact that it was insanely violent and includes a lot of gore. There is a huge body count and the majority of the death scenes were over-the-top brutal and graphic. We even have a couple of pretty cool torture scenes that will no doubt make some people cringe. Highlights include a woman having her head bashed in with a meat tenderizer, several bloody deaths with medieval weaponry, a cut off foot, and lots more. The filmmakers weren’t stingy with the blood and guts, and I for one approve. 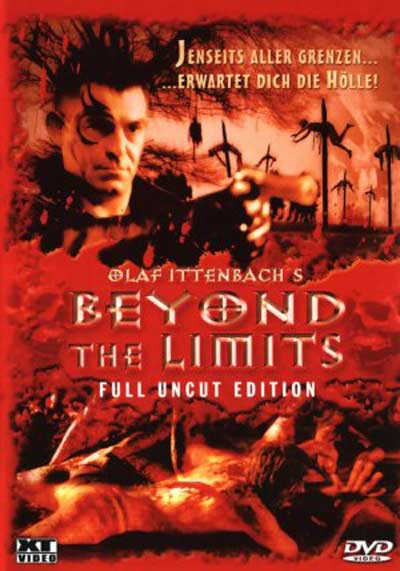 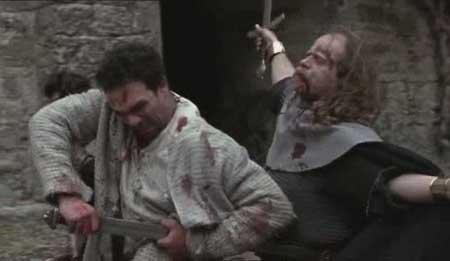 “Beyond the Limits” didn’t really do a lot for me. I was bored for most of it and by the time it was over I felt a sense of relief. I wouldn’t really call it a horror film so if you are looking for something that will creep you out then you will want to watch something else. On the plus side, in addition to loads of blood and gore the acting is actually pretty good and the costumes and set for the second story are pretty well top-notch (it is obvious there was a pretty decent budget for this movie). Not everything is bad about this film but I don’t think that I will be watching it again. Check it out at your own risk.