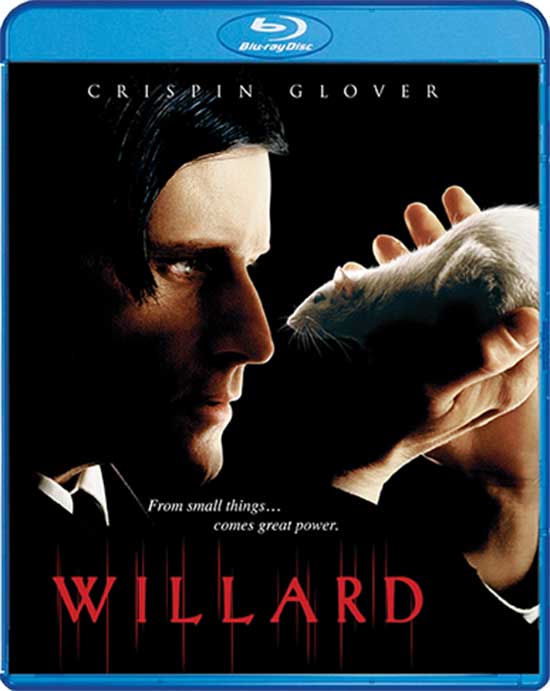 Eccentric loner Willard Stiles befriends a rat trapped in his basement, beginning a journey of revenge and survival that may ultimate cost more than just Willard’s sanity.

Willard (2003) is the remake of the cult classic rat-attack feature Willard from 1971. Like the original that was penned by television jack-of-all-trades Gilbert Ralston and based on Stephen Gilbert’s book Ratman’s Notebooks, Willard follows the title character’s downfall as he befriends a small rat named Socrates. Soon after meeting his one (and only) friend, Willard discovers that Socrates, and a huge rat he dubs “Ben,” offer him control over an army of scuttling rodents. His new power in hand, vengeance is Willard’s, until his and Ben’s relationship takes a turn for the terrifying. 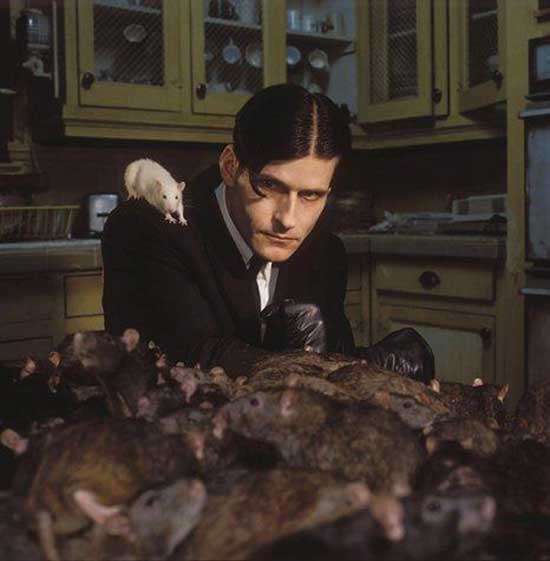 Cult hero Crispin Glover (American Gods series, The Wizard of Gore 2007) takes the lead as the nervous and soft-spoken Willard. At the film’s start, his morose existence with his dementia-addled mother (played by rat-film veteran Jackie Burroughs of Food of the Gods II and The Dead Zone 1983) amounts to wandering a dilapidated mansion and pining over his dead father. When he catches a small white rat with a kind disposition in a trap, however, Willard discovers the joys of friendship and the power to control swarms of rodents. Socrates isn’t the only one vying for Willard’s attention, though, and the friendly Socrates’ position is eventually usurped by the hulking Gambian Pouch Rat nicknamed “Big Ben.” Eventually, Willard loses control of his pack and finds himself in a pitched battle with the enormous rodent at the expense of everything he has.

Rounding out the cast is beauty Laura Harring (Mulholland Dr., Silent Night, Deadly Night 3: Better Watch Out!) as the kindly coworker who intrudes into Willard’s madness, and the shrill-voiced drill sergeant turned company boss R. Lee Ermey (Full Metal Jacket, The Terror Within II) who acts as Willard’s greatest human adversary. The cast performs as excellently as their pedigree would suggest, with Harring perhaps being the outlier only due to a lack of screen time. Ermey is hateful in every respect, and the always amazing Glover never oversteps his character’s crippling shyness enough to let the damn of jittery energy explode until the closing moments. Burroughs, for her small part, sets the tone of the film by being both troubling and barely intelligible in her role as a believable invalid tipping quickly over the line of sanity.

The rats, for their part, are fantastic. Socrates is cast as a (or maybe more than one) small white rat, and watching the red-eyed scamp paw about Willard and sniff his prodigious nose breeds in the viewer both affection and dread at their looming outcome. Ben is the real standout, here, and the creature’s pig-ish snout and depthless black eyes scream the kind of judgement that no human actor could hope to drum up. The art department and animal wranglers certainly earned their pay with this feature, and the effort spent shows.

This interpretation of Willard lacks the awkward comedic moments of its predecessor, and instead dials up the dark fairy-tale vibe to number eleven. Writer/Director Glen Morgan (Black Christmas 2006) keeps the Tales From the Crypt, E.C. Comics atmosphere going throughout every shot, even when the location shifts away from the dusty and collapsing mansion Willard (and the rats) call home. Even the title sequence, which consists of stop-motion-esque rotting basement packages and crumbling bricks shifting to reveal the credits, is in keeping with the mood, and Shirley (Batman: The Animated Series, Darkman) Walker’s ominous soundtrack will have the skin on your back crawling.

Whether you either love or hate our scuttling basement friends, or are just looking for that good ol’ fashioned horror morality play made so famous by Tales From The Crypt, then you’d be remiss not to sit down with this 2003 remake. Between the stellar performances by Glover and his supporting cast, the unnerving musical score, and the labor-of-grim-love direction offered by Morgan, Willard (2003) stands out as a marvelous revival of the bleak cinema horror fiends are sure to love.

Willard (2003) is now available on bluray per Shout Factory