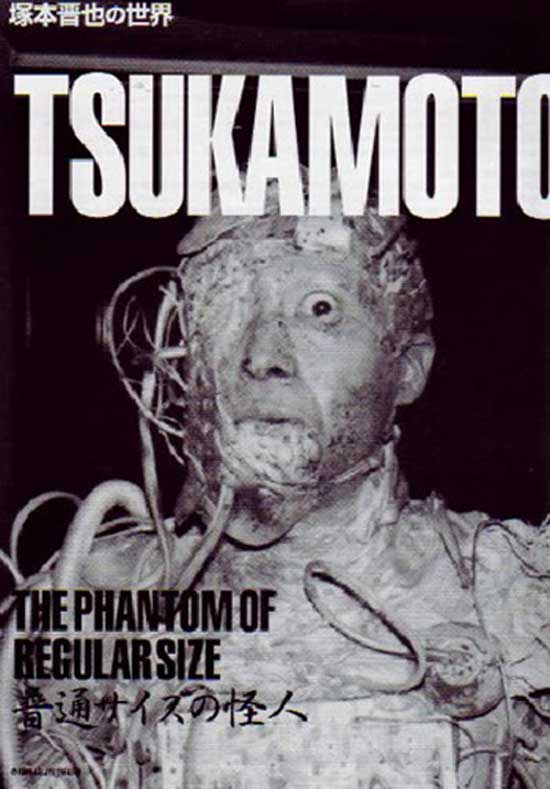 A man gradually transforms into a robotic, metal-encrusted monster.

More short films, kiddies! And I’m really excited about this one. Today we have Futsû saizu no kaijin (The Phantom of Regular Size), a film from 1986 written and directed by Shin’ya Tsukamoto.

Some of you out there may recognize the director’s name. That’s because he also directed a remake of this film in 1989 under the title TETSUO THE IRON MAN. That’s right – this is the embryonic version of that classic sci-fi/horror film. He is also known for ICHI THE KILLER and TOKYO FIST.

Starring Kei Fujiwara, Nobu Kanaoka, (who both appear in the remake as well), and Tomorô Taguchi, this short film tells the story of a man who is inexplicably turning into a metal monster. All of the psychdelic imagery and bizarre editing techniques we have come to recognize as part of this story are in place here, although what little dialogue is in the film is in Japanese without subtitles. Still, most of us know the story so this is more of a fascinating look at the early stages of this classic film.

The special effects aren’t great, which is to be expected. But the dark humour on display here is worth every minute. And the sheer horror of the main character as this unstoppable transformation slowly takes him over is quite obvious.

Now this style of film isn’t for everyone. I happen to be a fan of the genre and for me, this look back at where the later film started was a lot of fun. You might dig it. You might not. But honestly, it seems like a must-watch for any film student.