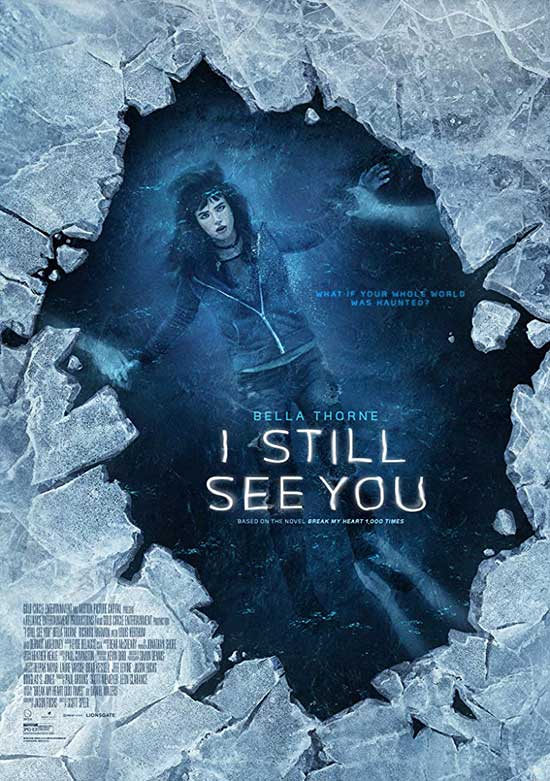 Set ten years after an apocalyptic event that killed millions and left the world inhabited by ghosts.

Each of us has dealt with grief at one time or another and in varying degrees. Singular or multiple and, on occasion, all at once. In each instance, a staggering blow to both mind and body for even the most resilient among us. Yet how could anyone have the concept of how to deal with loss on the level of an apocalyptic event? Only past experience from either ourselves or others in our lives gives us an inkling as to how to go about coping. Such a tool becomes quite difficult to come by when the tragedy is on a scale of entire cities, countries or planets being wiped from existence. The only comparisons in history that one can think of are due to the horrors of war (Hiroshima) or the fragility of nuclear power (Chernobyl). In fact, it is the latter incident of awesome destruction that conjured in my mind as I watched I Still See You, the shocking (and shockingly subtle) 2018 chiller from director Scott Speer and starring Bella Thorne. 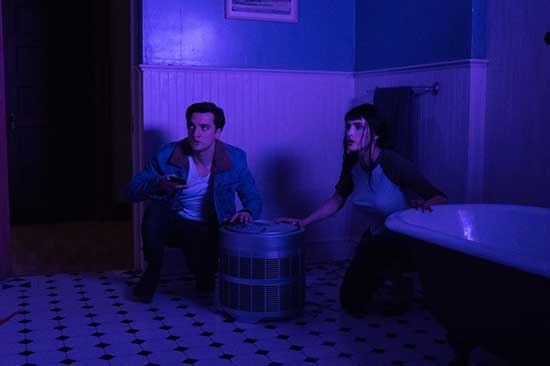 The story centers around an explosion at a laboratory in Chicago and the ensuing catastrophic shockwave that decimates much of America and the planet. The apparitions of the victims, referred to as remnants here, are visible to the survivors as they appear doing the last acts before death. High schooler Veronica Calder confronts her mom as to why they don’t acknowledge their own late father sitting at the breakfast table each morning. Veronica ends up the focal point of the story when a remnant of a young man named Brian writes the word “run” on her bathroom mirror. After an unexplained occurrence of bleeding from her ear the next day during a school class on the issue of the remnants taught by August Bittner, Veronica comes to believe that Brian may be targeting her. What she discovers, however, is a brutal tragedy underneath the surface that propels her into a mystery of unimaginable proportions.

There are layers that take this film well beyond the simple ghost story trappings. Fleshy aspects that I found most enervating in this current world of cookie cutter production formulas so popular for the horror film industry. Gone are the vengeful spirit on the warpath, unseen force killing clueless victims and stretched logic mumbo jumbo to link it all. There is the central conceit of survivors all being able to see their dead loved ones, but that becomes a mite more plausible if accepted as an after-effect of wishful thinking meshed with grief. In the stead of those hoary contrivances are explorations of putting faith in the wrong people, grappling with loss and the innate need to pick up the pieces and move on from it all. Fortunately, Scott Speer is a helmer who, by the looks of his project choices and resume, is not one to accept a label of “conventional” with any ease, if at all. His is the movie-making equivalent of the square peg being jammed into the circle hole. In other words, the maverick who revels in different. How else to explain someone who directed music videos for the likes of Ashley Tisdale and Jason Derulo, turned the dance film world on its axis with 2012’s Step Up: Revolution, and recently gave fans the decidedly off-beat romantic drama Midnight Sun. Formula just may be that four letter word to Speer.

What impresses me most about Speer is his grasp of the eerie moment, the slow unfolding to the unsettling “creep” payoff. The bathroom shower scene with Brian writing the word “run” in the mirror steam for Veronica to see is, if anything, soft and slow in pace (with Bear McCreary’s music providing a nice pulsing underscore to things) and left me exhilarated that it was not ruined by the tired sudden shock moment that less-skilled types reach for so often. This is not to say that Speer is incapable of a needed exciting payoff to the story. Far from it, with a rather breathless pace and a twist-laden reveal that truly surprises. Even with the bits of the requisite needed for the climax, Speer still cannot resist mixing it up a bit with periods of exposition that paint a sheen of sadness and sympathy on the antagonist, not enough to rail against any demise but a smidge to offer an air of human understanding for what they did and why they did it.

Bella Thorne continues to amaze with her ability to register inner strength and vulnerability in one package, without resorting to overt hysterics or acting tics. The emotion emanating from her eyes remains a lost art with many of her colleagues. Dermot Mulroney continues his deft skill of giving characters a nice guy veneer that may (or may not) be hiding some serious flaws. In a way, it’s kind of playing hide and seek with the audience (and yourself) behind your own skin. My admiration of his work started back in 1989 with his sweet turn as John in the stunning AIDS drama Longtime Companion and continues to this day.

Like Speers Jason Fuchs’ screenplay, from Daniel Waters’ novel Break My Heart One Thousand Times, avoids the clichés while fully fleshing out the central characters for this piece. Similarly, there are points where the notions of morality, the irresponsibility of mankind and the grave consequences that can result from some choices of decision that brought those recollections of Chernobyl to mind for me. Characters seen more in quiet emptiness of soul and shaded much in depression as compared to life-loving and hope. The early breakfast table scene with Veronica, her mom and her late dad says as much or more sans dialogue than with and is near still with silence.

The film is not without a few minor glitches in it. There are expected, though brief, excursions into cheesy cinema (the insertion of a panic room in the finale seemed a bit convenient as a contrivance for my taste and I ended up letting a groan escape) and a few of the supporting characters still felt a shade underwritten (I was intrigued with Louis Herthum’s Dr. Steiner role and kept anticipating more backstory to him). Still, just a few scratches along the edges of a beautiful portrait. 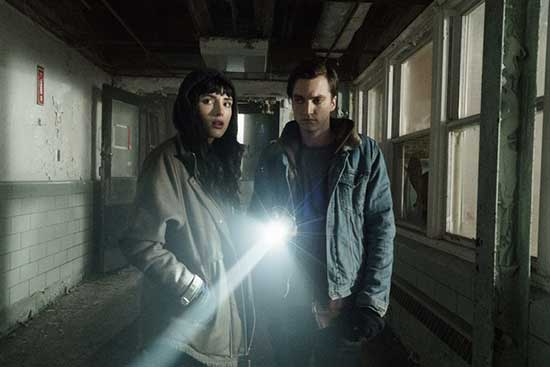 If you are seeking a mere A to Z, connect the dots production for Saturday night, scare your spouse or partner into your arms fare, look anywhere but in the direction of Scott Speers’ I Still See You. If you don’t, you’ll be taken in by the originality and fresh invention of a creepy horror gem and lose complete focus on the lust-filled air coalescing in that moment between you, your partner and whatever couch or bed you are nearest.