Home | NIGHT OF THE LIVING DEAD 1990: THE UNSEEN VERSION by Tom Savini Announcement

Night of the Living Dead 1990: The Unseen Version By Tom Savini 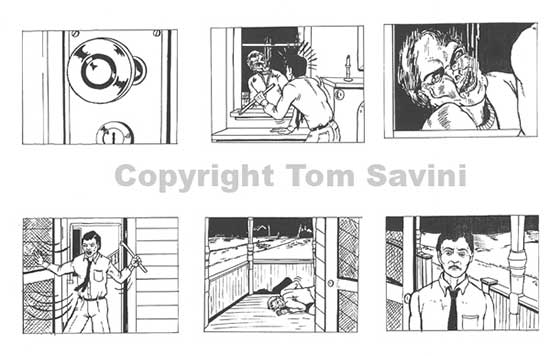 In 1990, the eagerly-awaited remake of the seminal horror film, Night of the Living Dead, was released to theaters. Produced by the original team, the new film had a director in special effects maestro Tom Savini. His vision for the film was a gutsy, visual feast that would, he promised, “make death scary again.”

Disappointingly, for one reason or another, many of Savini’s most outrageous sequences were left unfilmed and unrealized. Now, for the first time, fans of the film can see for themselves the director’s unique vision for Night of the Living Dead 1990.

Happy Cloud Media, LLC is proud to announce the upcoming publication of Mr. Savini’s storyboards as realized by artist Brad Hunter, never before available in their entirety, and thoroughly annotated by the director himself.

Accompanied throughout by rare behind-the-scenes set photos, Night of the Living Dead 1990: The Unseen Version will be a valued addition to any horror fan’s bookshelf. A rare glimpse into the work done prior to the cameras rolling, before the first actor is cast, there is the script, the director, and the ideas.

Details on price, dimensions and additional content will be forthcoming. For now, those interested are invited to keep checking the official Happy Cloud Media, LLC website for preorder information.

Night of the Living Dead 1990: The Unseen Version will be paperback and is slated for an October 2019 release.