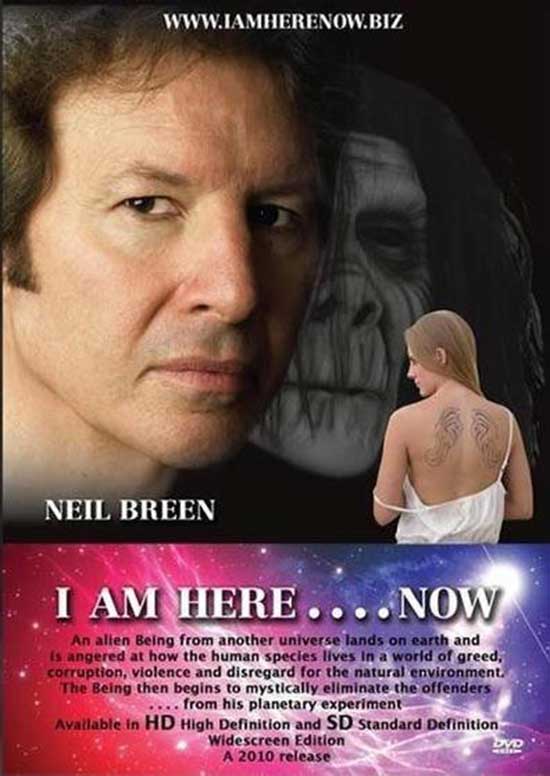 Disappointed by its creation, the almighty being that created Man arrives on Earth in a human form and interacts with various troubled, wicked and sinful people on his journey to Vegas.

My suspicions that the HIgh Sheriffs at this site are trying to see if they can break a person’s spirit by making them watch horrible movies grew stronger when I was asked to review several Neil Breen movies. Having already reviewed Breen’s cinematic debut, Double Down, I thought I knew what I was in for. I was wrong. Nothing could have prepared me for the horrors that I would be witness to.

In I Am Here…Now, Neil Breen plays The Being, who apparently is God, Jesus Christ, an alien, and a cyborg. Yes, you read that right. The Being is disappointed in how humanity has developed over the years, so he wanders around Las Vegas, randomly getting involved in events, using his special powers to punish criminals and corrupt officials, and healing people. He also takes the point to pontificate how we all need to treat the world better by using clean energy, and how we need to be stop hurting each other. 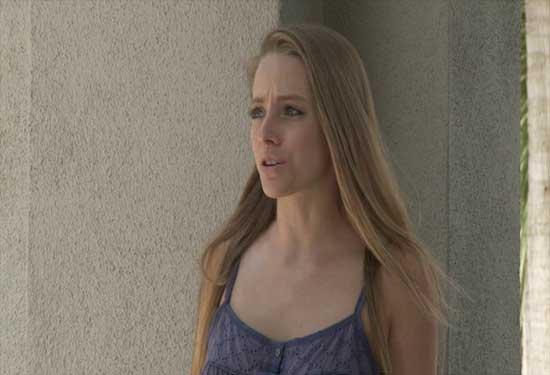 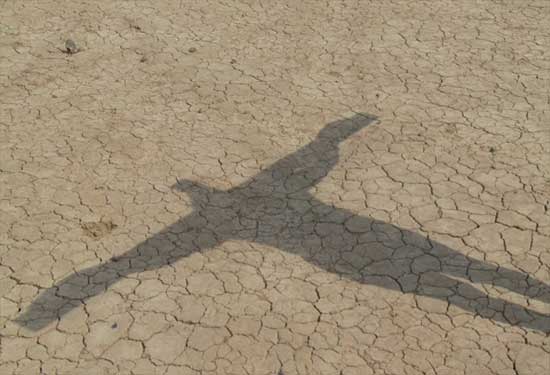 After watching this film, I began to wonder if Neil Breen is an egotist. After all, he writes, directs, and produces his own movies and usually casts himself as a morally superior person capable of amazing feats that other mortals can’t do. He also ends up being the only person willing to do anything to fight the corruption that threatens our society. In I Am Here…Now, he even goes further with that concept by casting himself as God/Jesus trying to get us to see the error of our ways. Messiah complex much, Neil?

Hilariously, if his film work is anything to go by, he’s as close to being divine about as much as William Shatner is close to becoming the next quarterback for the New England Patriots. For starters, his writing absolutely stinks. The movie doesn’t have much in the way of a story. It just involves the bad guys doing bad stuff, Neil Breen’s character doing things seemingly at random, and then using his powers to give us a deus ex machina ending. On top of that, the dialogue sounds like it was written by a twelve-year-old who has no concept of how adults talk to each other. The bad guys, especially the politicians, always take the time to tell his who corrupt and bad they are. It’s as if Breen believes these kinds of people actually say to each other all the ways they’re corrupt in almost every conversation they have. Not only does everything every character sound awkward, but nothing they say sounds like anything humans would say in a real conversation. 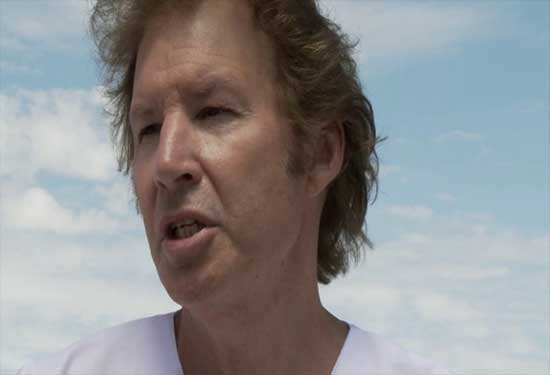 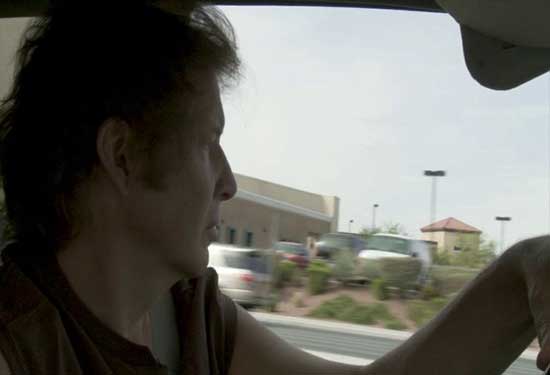 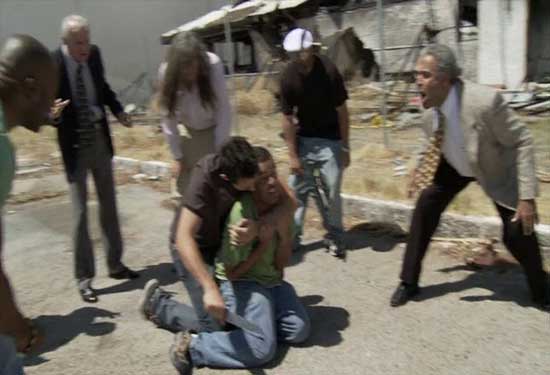 To go with the horrible dialogue is equally terrible acting. Not a single person on screen has even the slightest acting talent. I don’t know where Breen found these people. I don’t know if they’re just people he knows in his personal life, just random people who answered an ad he put in a paper or something, or people he blackmailed into working for him, but I refuse to believe he actually hired people that have ever taken a single acting class. No one on screen could believably portray any kind of emotion. Most just said their lines with the blank stare of a reanimated corpse or someone suffering from Stockholm Syndrome. I will say that Breen actually tries to act and show genuine emotion, which is more than I can say for about 90% of the cast. However, trying doesn’t mean he succeeded. In fact, he failed spectacularly. 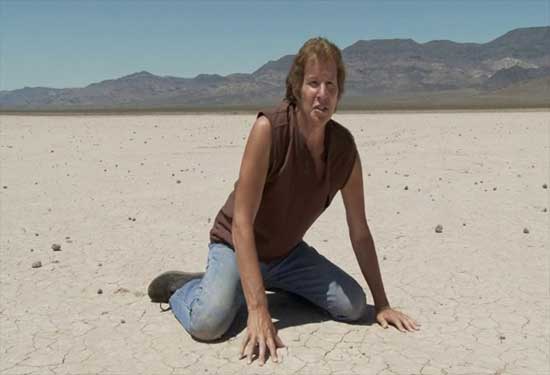 I also wonder about some of his directorial choices. I’m not sure if he did more than one take for a single scene. If he did, I’d be surprised because you can find all kinds of errors. For instance, when someone smiles when they’re supposed to show abject terror, he doesn’t seem to try for another take to try to get the performer to actually look scared. He just seems to go onto the next film. I doubt he gives his actors any kind of direction to help them give better performances, and the way he blocks a scene leaves much to be desired. Unless he purposefully likes to have dialogue scenes where you can’t see people’s heads, just their torsos. 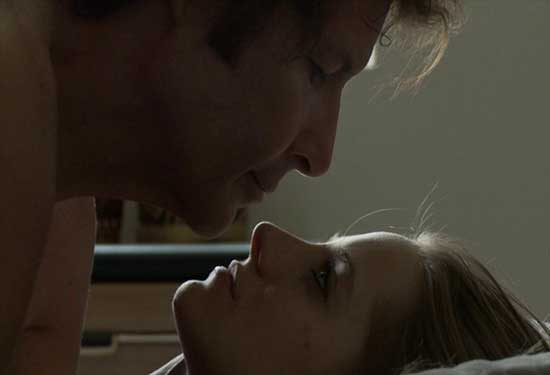 It’s obvious Breen is operating on a shoestring budget. Actually, I think he’d be lucky if his budget was enough to actually buy shoestrings. His CGI looks like he used the most basic Microsoft film editing software from ten years ago. When he is in alien form, he looks like he’s wearing a rubber mask he bought from a drug store. The most hilarious effect is when he tries to show us that he’s a cyborg by having glued some sticks of RAM to his arms and motherboards from household items to his chest. 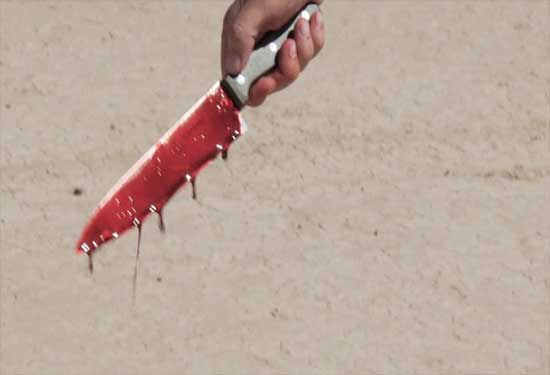 I Am Here…Now is another fine example of trainwreck cinema. It’s inept on so many levels that it’s amazing to behold. It mind-boggling that something can be a failure in almost every aspect of making a film. However, there’s such an earnestness to Breens movies that there’s something almost endearing about the terribleness. I know that he’s garnered a cult following over the years, and I think that it’s mainly due to the fact that his movies are absolutely terrible. And granted, movies like this are funny because of how bad they are. That’s the only reason to watch them.