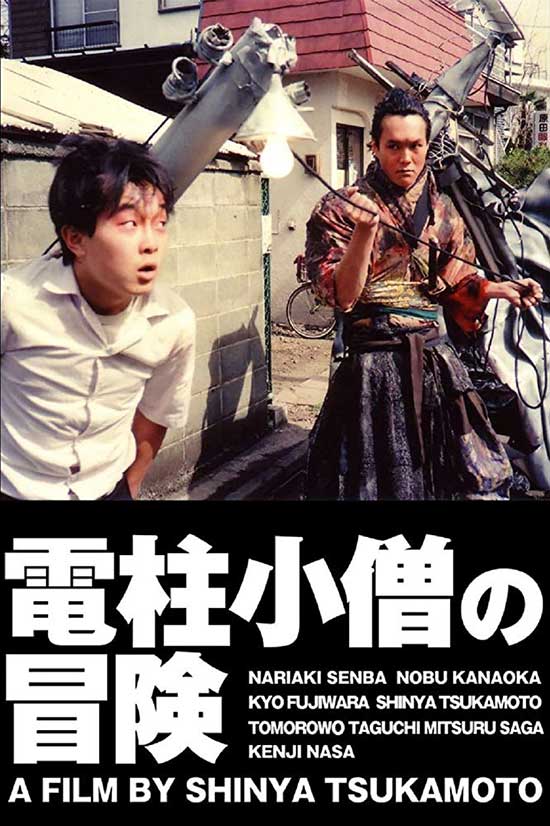 Hikari is a boy who is bullied and teased by the other boys at school because he has the odd distinction of having an electricity pole growing out of his back. However, one of his classmates, a girl named Momo, comes to his rescue. Hikari thanks her by sharing his secret possession with her: a time machine. He then activates the time machine which transports him 25 years into a dark, dystopian, world of the future. There he encounters members of the Shinsengumi Vampire Gang in the process of hunting a woman named Dr. Sariba who is revealed to be Momo’s future self. She explains to Hikari that she had been long expecting his arrival from the past and that he has a crucial role to play here — he and he alone must save the world.

The renaissance man of film making, Shinya Tsukamoto, has been making film in one form or another since he was 14 years old. In fact, the only time he did not generate work in this art form was briefly in his first year in college when he temporarily swapped film for theater. His theater group included Kei Fujiwara, Nobu Kanaoka and Tomorowo Taguchi, all of whom would later become synonymous with Tsukamoto’s film work as well as actors/filmmakers in their own right. As a result of this detour from film making, a theatrical production called “Denchu kozo no boken”, or The Adventures of Electric Rod Boy, was born.  After the production came to its end, not wanting to waste the painstakingly made sets, Tsukamoto decided to create a film version of the story, and in 1987 he did just that. 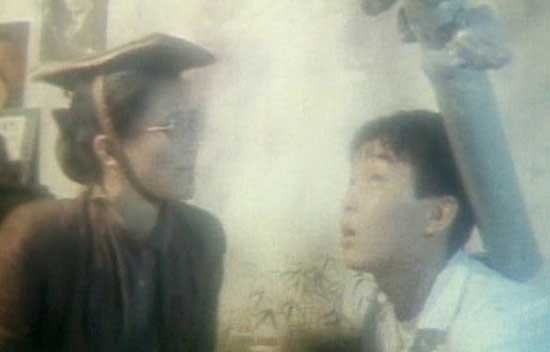 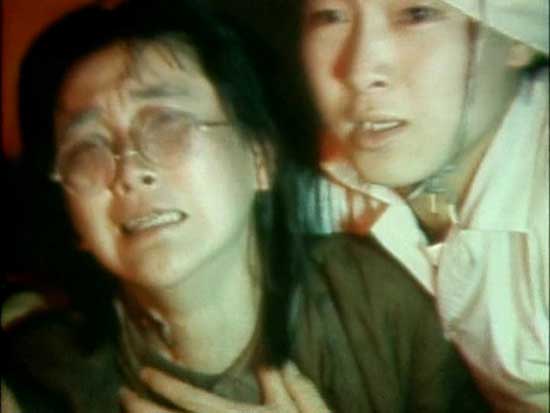 The rather curious title tells you pretty much everything you need to know. The film is quite literally about a young boy named Hikari who has an electricity pole growing out of his back. After getting saved from local bullies by his friend Momo, Hikari decides to show her his time machine but ends up getting swept up in a dark dystopian future where the streets of Tokyo are ruled by the ruthless Shinsengumi vampire gang. The vampires are planning on detonating a nuclear device called Adam in order to plunge the world into eternal darkness and only Hikari, The Electric Rod Boy, can bring light back to the world. 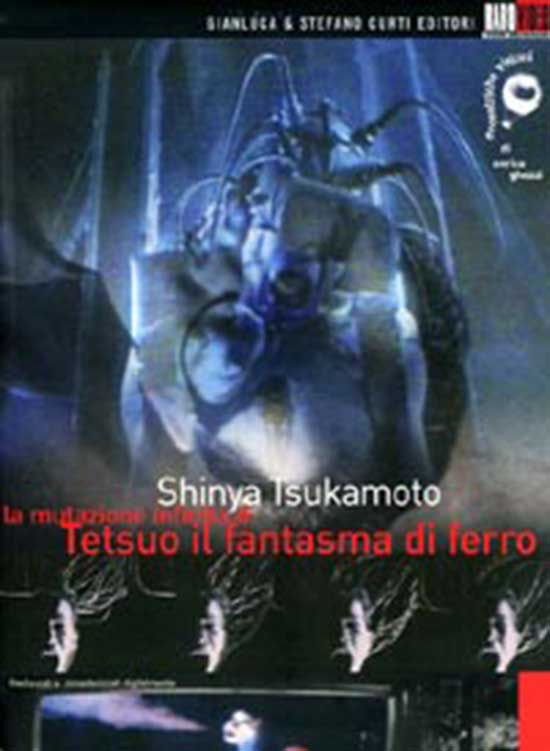 Sound weird enough? Good. It should. Because even with Tsukamoto’s standards Denchu kozo no boken is a strange one indeed.  Not only because of its incredibly outlandish concept, but it’s, shall we say, chaotic execution as well. Filmed on Super 8 the 47-minute horror-sci-fi hybrid is an insanely fast paced bombardment of the senses. The plot moves at light speed and so does the imagery.  At parts it is very hard to keep up with what is actually happening. All of this is supported by equally chaotic soundtrack of weird Japanese punk rock, which on it’s own is enough to make you feel disoriented. The acting itself doesn’t really help matters either as it is as dizzyingly bizarre as the rest of it. 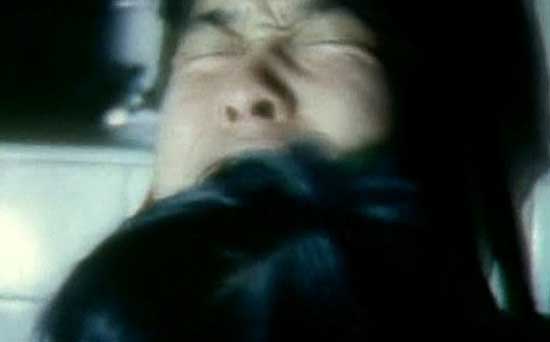 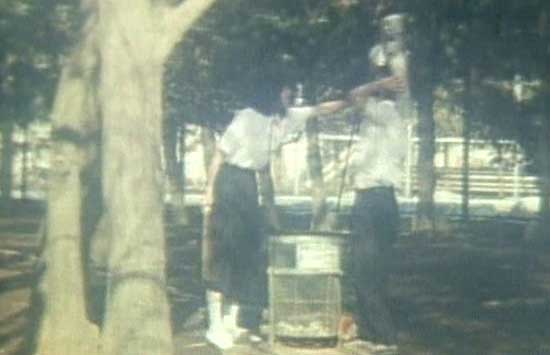 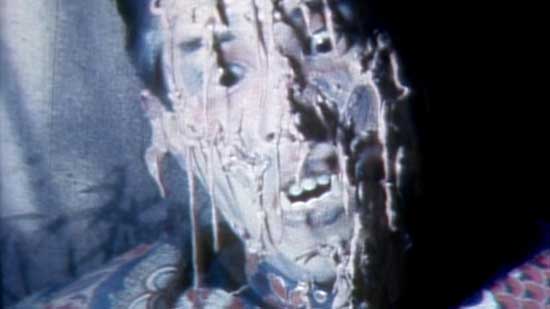 Made two years before Tetsuo, The Iron Man, it’s blatantly obvious that Denchu kozo no boken was very much the prototype for it.  It’s like Tsukamoto was doing a dry run of his cinematic style. The film deals with much of the same subject matter as Tetsuo; the vampires aren’t just mere blood sucking undead, but some sort of vampire-machine hybrids. Neither is their doomsday machine just a machine, but it is fueled by a young woman who has been hooked up to it since birth. The aesthetics Tsukamoto is known for are also present in the fast-paced editing and numerous stop motion sequences. 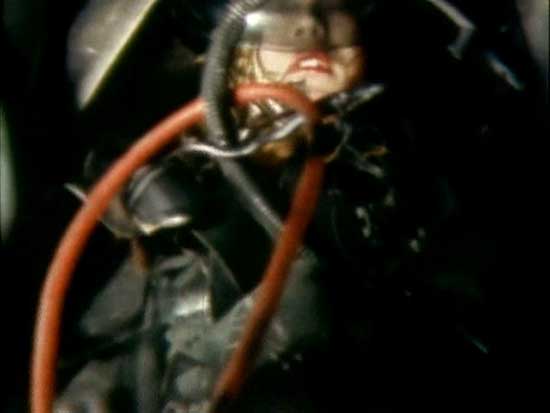 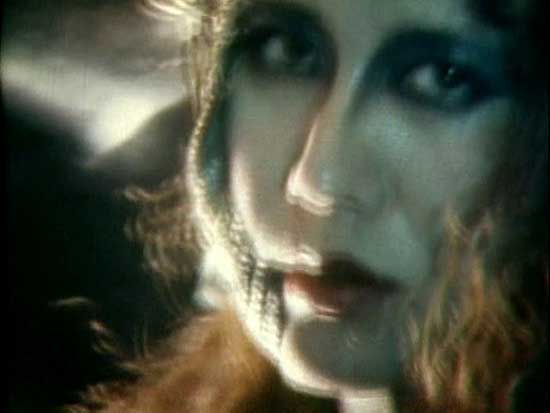 The animation is not quite as sophisticated or well planned as in Tetsuo, and sadly plays a big part in the hard to follow-nature of the film, but that’s not to say that it is in any way badly done. Even when you don’t necessarily understand what is going on, the stop motion parts are still some of the most enjoyable aspects of the film. However, unlike Tetsuo, Denchu kozo no boken has a much more juvenile feel to it. If it wasn’t for its rather dark theme and some surprisingly sleazy sexual undertones, it could almost be a children’s film; an origin story for an unexpected superhero.

For fans of Tsukamoto Denchu kozo no boken is definitely a must see. It’s an interesting look into the early works of a great director and gives a bit of an insight to where all of that creative madness started from. Equally, if you happen to be a fan of stop motion animation and the works of such directors as Jan Svankmajer or Brothers Quay, Denchu kozo no boken is a great watch. While the animation will not be quite as refined, it has that same insane, dark energy that makes the works of these director so magnetic. It will not be everybody’s cup of tea, probably not even all of Tsukamoto’s fans, but with a running time less than an hour, you will not be wasting too much of your day if you just give it a chance. 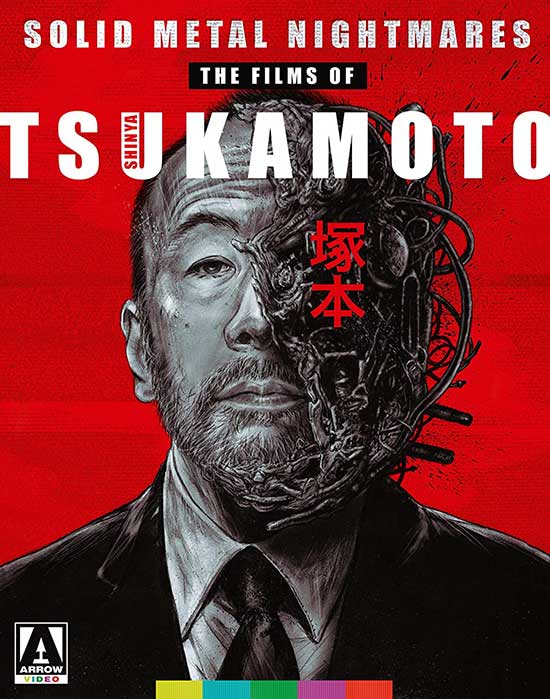