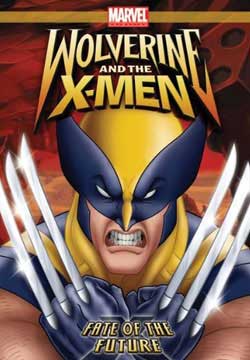 WOLVERINE and the X-MEN race through time to regain control of their destiny in Volume 4: FATE OF THE FUTURE. Evil attempts to rewrite the past, and the mutant heroes must prevent a perilous future in these five time-bending episodes. History repeats itself when Wolverine’s past resurfaces, forcing him to repay old debts in “Stolen Lives.” In “Code of Conduct,” Wolverine’s history returns again when the X-Men are threatened by the SILVER SAMURAI who challenges the adamantine hero to anohter duel. In “Badlands,” LOGAN’s captivity helps spawn a new breed of SENTINELS to terrorize the future. And before MOJO rips their friendship apart, NIGHTCRAWLER struggles to convince a brainwashed Wolverine of their lost days together in “Hunting Grounds.” Finally, in “Backlash,” when Wolverine learns that MASTER MOLD is the same nemesis for tomorrow’s X-Men, he must protect his fellow mutants before the future becomes obsolete.

What can I say, I just can’t get my fill of those X-men! The popular comic book team and cartoon series has released another treat for you all. “Wolverine and the X-men: Fate of the Future”. The release collects 5 shows, each of course featuring Wolverine in addition to the X-men and several other characters along the way. Fans of the series might remember the Saturday morning cartoon version as well, though the illustrative animation depicts the characters with a sharper more streamlined image. The series itself falls easily into one of those that’s made for kids AND adults with often confrontational circumstances that are sometimes heavy on drama as well.

Wolverine pulls the lead spot as Cyclops seems to be off morning Jean Grey. Ttheir first encounter is with the Weapon X team which is this case happens to team up Wolverine with Mystique to save a young girl from the fate of Weapon X’s scientists.

The X-men take on Mojo, a weird looking plump troll like goon who’s motivation is often accompanied by some kind of televised show. A few of the X-men are teleported into an under water tank complete with scenery and warriors. The kicker comes when Wolverine shows up as a villain who Mojo converted using cybernetic parts. Scarlet Witch is on board with Nightcrawler who do their best to teleport far from the Wolverines wrath to avoid confrontation.

Wolverine in the episode “Code of Conduct: has to confront an old enemy who is back to prove his worth as a samurai named “Silver Samurai”. SS has the ability to turn his sword into an unbreakable version though this conflict requires the 2 not to use there mutant powers for the sake of honor. At its core is a battle over a past love of Wolverine who married SS to protect their past. Ninjas pop out from every corner as they kidnap the rest of the X-men so the fight can take place once and for all.

The focal point of this series is the fate of the world and an uncertain future. The Sentinels have returned all controlled by a master computer named “Master Mold”. There programming allows them to learn from confrontations to become an even greater threat. The x-men fight for there lives as they take out the giant robots to save the planet, but do the efforts succeed in ridding the fu true of mankind from these monsters? Wolverine speaks with a future version of Prof X who guides him in the quest. Even the diabolical Brotherhood of Mutants has momentarily joined forces with the X-men to stop the world from going into chaos.

Excitement around every corner provides a dynamic blend of interesting stories supported by a cast of heroes and villains. Alot of your favorites from the series are on board as we learn more of the legacy and a bit about Magnetos owen family conflicts. With the DVD clocking in at 110 minutes it makes for a nice collection of a few of the series bets shows.

Though if you are one who wants to wait for the whole shebang, then I’d hold out for the complete series when it comes out. With 26 episodes in the series, 5 might not be enough for you.

Comic book fans will love the action and seeing the animated version come to life. I for one am looking forward to many more of these releases …maybe its the kid in me or just that we all have a little X-men in us all. 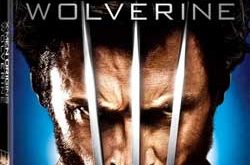