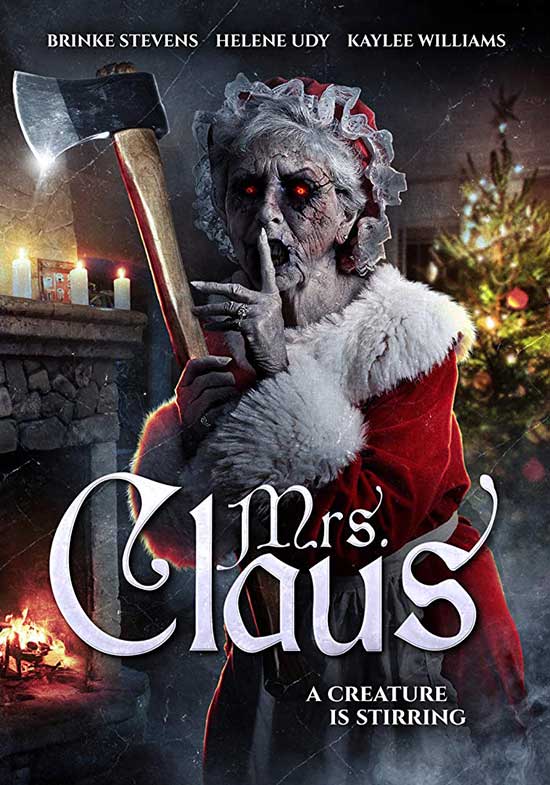 A group of college students attending a Christmas party at a sorority house that has a sinister past are stalked by a bloodthirsty killer disguised as Mrs. Claus.

Mrs. Claus (2018), originally titled Stirring, is a low-budget attempt to horn in on the 80’s slasher flick revival, which has now gone on longer than the actual 80’s. Writer/Director Troy Escamilla (Party Night 2017) offers up no originality, and his shots more than once left me confused as to what the cast up on the screen was reacting to. The film opens with dopey sorority pledge Angela, played by Mel Helfin (Grindsploitation 2016), being mistreated by nasty sorority leader Amber (played by Kaylee Williams, from the aptly titled upcoming feature Don’t Fuck in the Woods 2).

Angela ultimately snaps, taking Amber with her, and the film then jumps ahead 10 years to when Amber’s younger sister, Danielle (Hailey Strader in her screen debut), stupidly decides to join the same cursed sorority. As Christmas approaches, those around Danielle are all-too-slowly picked off by someone in a zombie mask and a Mrs. Claus dress. The climax includes something approaching a twist that involves scream queens Brinke Stevens (The Slumber Part Massacre 1982, Slave Girls From Beyond Infinity 1987) and Helene Udy (My Bloody Valentine 1981, The Dead Zone 1983), which wraps a dollar-store bow on the entire sad package. 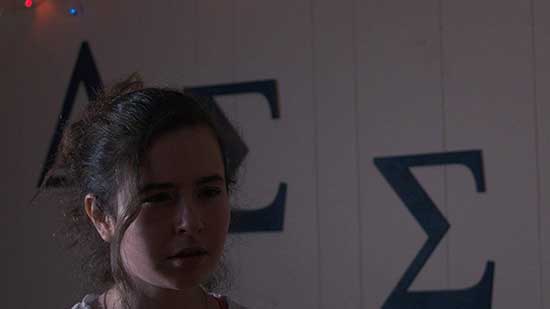 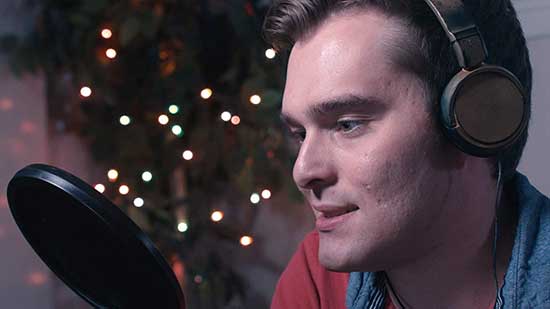 At first, I was inclined to admire what was clearly a college student’s first attempt at a still-in-school feature, until I realized this is not Escamilla’s first feature. Nor is he a down-on-his-luck college student, but instead an indie filmmaker who hasn’t studied the basics, nor apparently learned them from his prior projects. Scenes start too late, the dialogue is so lengthy that even the cast gets bored, the lighting changes radically within the same scene—need I go on?

Yes, I must. There are references to it being nighttime when the sun is blaring, the resident naked co-ed is played by goth musician Demona Bast, a.k.a. Daiane Azura, who is somehow a sorority sister despite having been born in the seventies, and the audience doesn’t get to see half of the implements the killer is murdering with, leaving them befuddled and irritated. 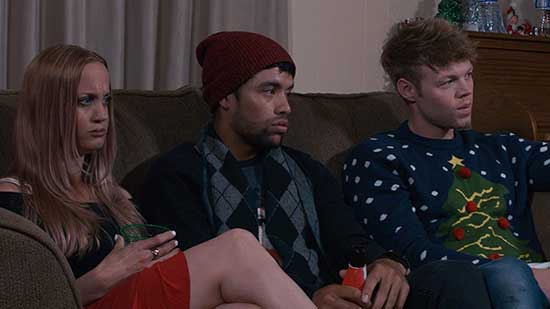 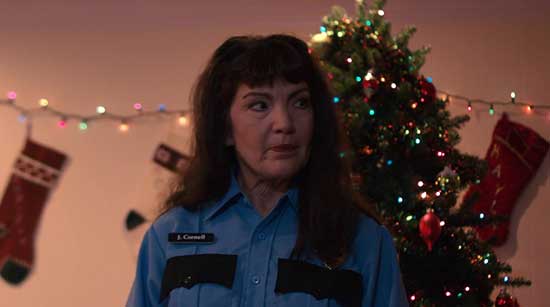 The worst, however, is that the plot isn’t given any love. The film slogs through its 86-minute run-time without worrying about pacing at all. Dull talking heads discuss things completely irrelevant to the film’s events for at least an hour of screen time, and characters engage in unmotivated movement like their paycheck depends on it, trotting from location to location without purpose.

Udy and Stevens, for their bits, have little ability to rewrite the paralyzingly awkward dialogue, and can do nothing but chew scenery. Udy is particularly guilty of this in her scant two scenes. Stevens is given more, but it’s primarily limited to pointless shots of her in the cab of a Hyundai while she stares at her phone. Another less-obvious cameo comes in the form of the self-published books of Mark Cusco Ailes, who is credited as an Associate Producer, and whose print-on-demand titles are repeatedly visible onscreen. 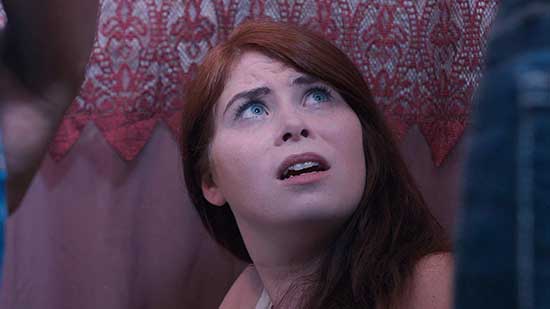 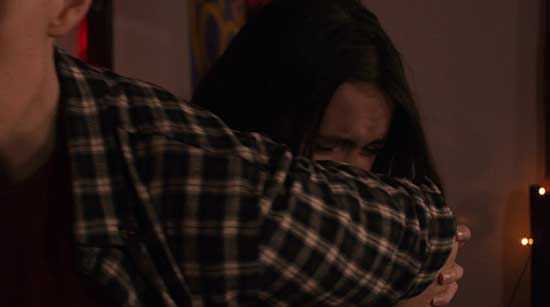 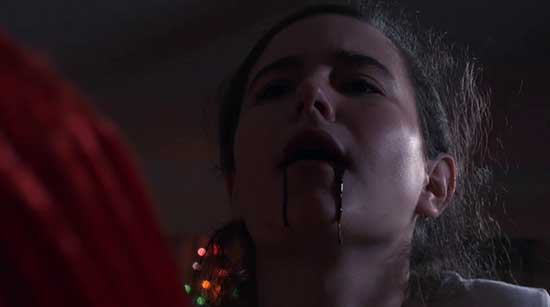 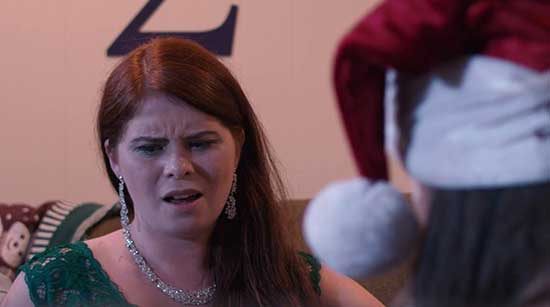 Remove the painful tedium and surprisingly obvious technical snafus, and you’re left with some okay no-budget effects thanks to sfx woman Heather Benson. There are some stabbings and throat slit’ings, and while they look perfect for an 80’s throwback, Escamilla can’t help but keep them onscreen well passed their expiration dates. Likewise, he centers the camera on the ineffective killer far too long and too often, letting us see the limitations of the generic ghoul mask, as well as making it clear that different people are in the Mrs. Claus getup throughout the film.

Overall, Mrs. Claus is a real miss, and even the most hard-up holiday slasher genre buffs will find little to love. However, if you’re really interested in the idea of seeing an actor lick toilet water in a poorly cleaned toilet bowl, stick out the first five minutes, and then gracefully bow out—that’s the only moment of genuine shock in this cinema. 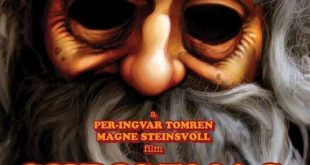