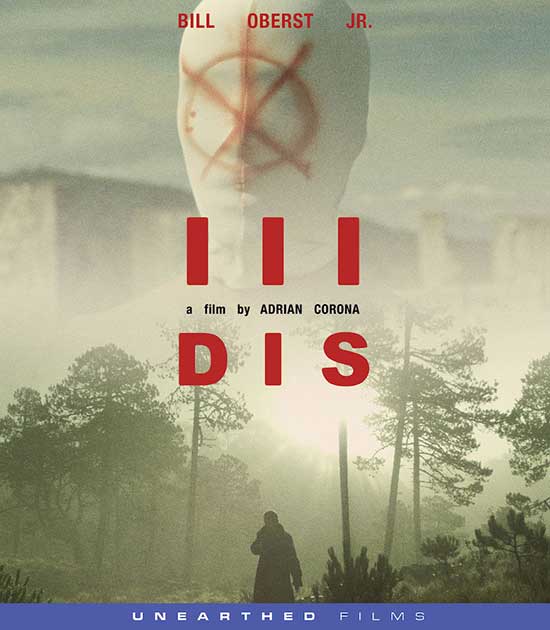 An ex-soldier with a criminal past takes refuge in the woods. A demonic figure seeks the seed of killers and the blood of the damned to feed his mandrake garden. DIS is an infernal descent into the root of the mandrake legend and a man who wanders too close to that legend and the unnamable terror behind it. What you sow you will reap.

Writer/director Adrian Corona’s latest film, Dis, is one part art film, three parts the stuff that nightmares are made of. One of the newest releases from Unearthed Films, Dis doesn’t bother with a lot of set up or backstory, nor does it employ the average horror film style of narrative storytelling. Instead, we witness a short scene of absolute horror, like something out of Laugier’s Martyrs or Lex Ortega’s Atroz, then get dropped right into the middle of a strange, beautiful dystopia that is as dangerous as it is mysterious and fascinating. 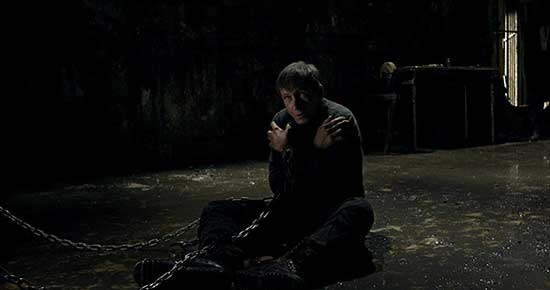 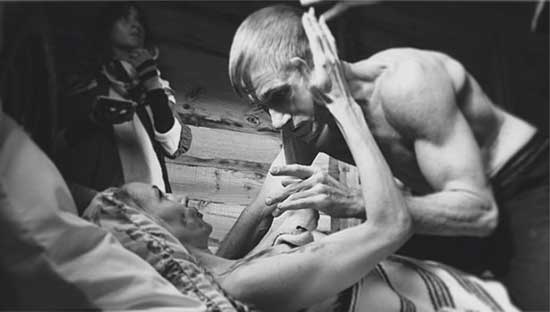 Corona is a fairly new filmmaker, with only a handful of titles on his resume so far (a couple short films and a couple features, starting with his debut, Nariz loca, back in 2008), but you wouldn’t know it from watching Dis. He is able to skillfully tell a story through very little dialogue and using only a small number of characters, the main one being Ariel, played by Bill Oberst, Jr (can you believe he’s been in nearly 200 movies already just since 2007; The Retrieval, Blackout, Circus of the Dead, and many, many more).

Ariel is a quiet type, and a wanderer, which we recognize immediately as we watch him roam the beautiful landscapes of Veracruz, Mexico, unsuccessfully hunting rabbits, warming himself near a fire, and exploring the assorted abandoned buildings upon which he stumbles. We know he was a soldier, evident by his dog tags, and we assume he was once married, or at least in love, by the photo he keeps of a blonde woman (we later learn this is Sophia, played by model/actress Lori Jo Hendrix; Prison Heat, Sunset Strip, It’s Showtime). Right around the midway point of the film, we get a couple flashbacks that help fill in the story a little bit, but instead of clearing anything up, they really serve to cast shade on Ariel and make the audience question the character of our would-be protagonist. 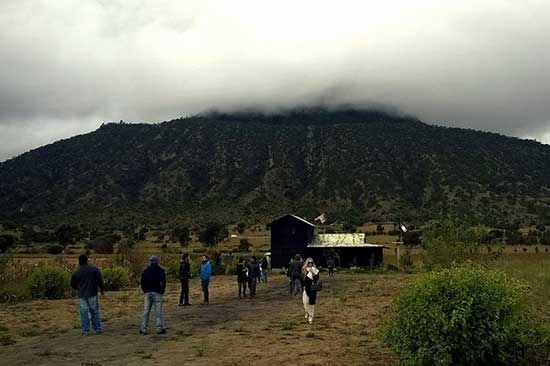 This is only half the story though, and Corona does a great job framing the shots of Ariel as he wanders the woods in a way that often feels like we’re watching him from afar…which, of course, means that someone else probably is. Tension is slowly built, and curiosity is raised, as Ariel sees a topless woman wearing a red cape and an intriguing mask watching him from above. After she disappears, we see more ominous signs – strange pictures have been painted on walls, and there’s a dead pig with symbols carved into its flesh. We remember the very first thing on the screen as the movie started, a line about Mandragora being an underground creature born of the seed of murderers, just before Ariel puts a gun to his own head. Thankfully(?), he is knocked out by a large figure in a mask before the trigger is pulled. And from this moment forward, things get rough for all involved, audience not excepted. 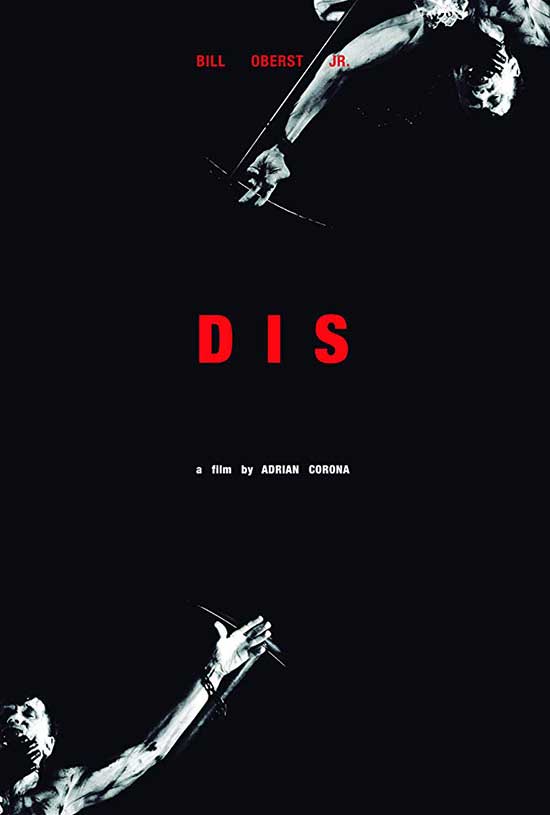 For a movie with very little dialogue or exposition, there is an awful lot going on in Dis. And while there are times in the film where the audience will wonder what is happening, or feel a bit lost or distressed, it never feels like the director didn’t know what he was doing. The audience may never feel safe, but they will also never doubt the storytelling. There will be many questions along the way – “Who was that?” “Why did he do that?” – but like with any well-structured puzzle, as we progress, we will discover hints and, eventually, some answers. There are times when Dis is dirty and ugly, and there are times when it is scenic and peaceful, and both extremes are thanks to superb direction by Corona and wonderful cinematography by Rocco Rodriguez (see also the Mexico Barbaro 2 segment “Potzonalli”). 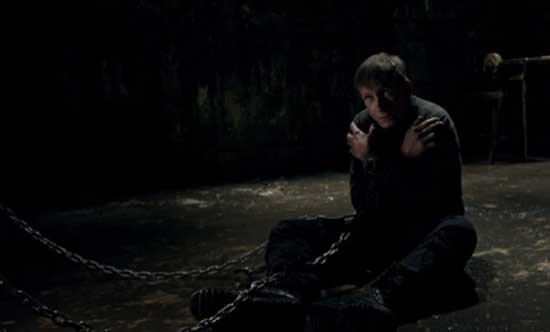 Adrian Corona’s Dis is as artistic as it is ugly, and as beautiful as it is brutal. It is a fantastic effort all around, from Bill Oberst, Jr, as the wandering loner with a dark past, to the effects and shots and score and imagery. It’s the type of movie that will no doubt propel Corona forward as both a writer and director of horror with an artistic edge. Dis belongs in the same conversation as movies like Stevens’ Flowers, Juhl’s Your Flesh, Your Curse, and Buttgereit’s Der Todesking, all films that deliver a new level of horror thanks to their ingenuity and daring and visual accomplishments. Highly recommended for fans of the entire Unearthed Films catalog as well as anyone who loves horror that goes deep into your mind, grabs ahold, and won’t let go.