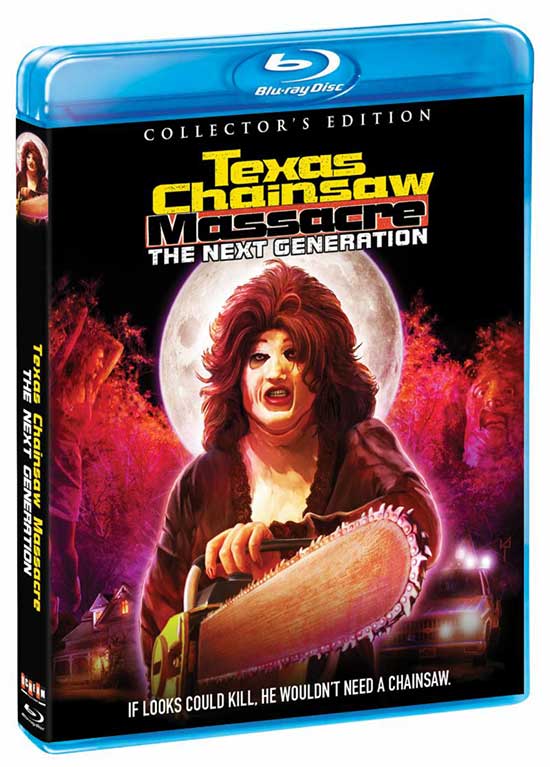 The film is presented here in an ultimate collector’s edition featuring both the theatrical and director’s cuts, with loads of new extras including new audio commentary and interviews with cast and crew.

When a helpful family invites two lost couples in for a good ol’ down-home massacre, the prom night teens find themselves all dressed up … with no place to escape. To their dismay, the old farmhouse is home to Leatherface and his insane family of cannibalistic psychopaths. Featuring fast-paced fun, standout stars and a horrific helping of the franchise’s own brand of gore, the “fourth Texas Chainsaw Massacre movie takes a comedic turn even more pronounced than the previous two combined!” (The Terror Trap)

·        NEW If Looks Could Kill: The Return of a “Chainsaw Massacre” – an interview with special makeup effects artist J.M. Logan and production designer Deborah Pastor

Rated R for demented mayhem and torture, and for strong language