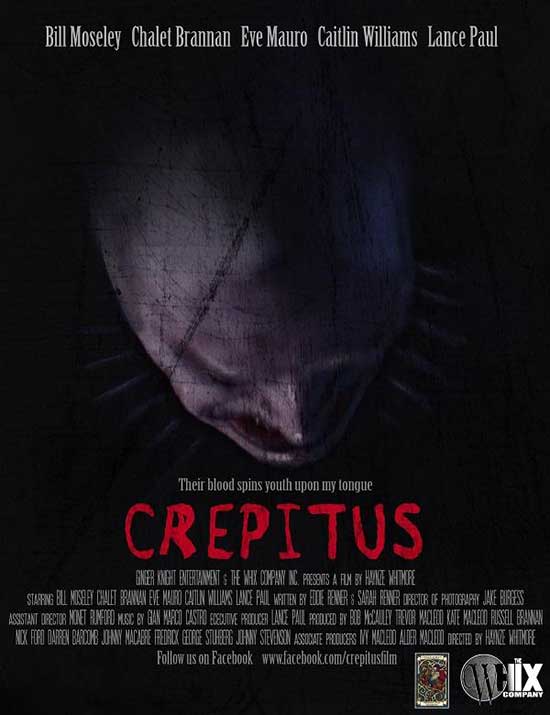 The festival will be held at the CARIBE ROYALE ORLANDO 8101 WORLD CENTER DRIVE, ORLANDO, FL 32821. Crepitus will screen at 11:30pm in the Boca room III-IV.

Cast members Bill Moseley, Chalet Lizette Brannan, Lance Paul, director Haynze Whitmore, script author Eddie Renner and a host of other celebrities will be there during the festival for autograph signing and photo ops. Crepitus is directed by Haynze Whitmore. The screenplay was written by Eddie and Sarah Renner.

In Crepitus, seventeen year old Elizabeth and her younger sister Sam are thrust into circumstances more terrifying than life with their abusive, drunken mother when they are forced to move into their deceased Grandfather’s house. Frightened beyond belief, they learn horrible things about their family history. Never mind the ghosts in the house, there is something far worse that takes an interest in them … a cannibalistic clown named Crepitus.