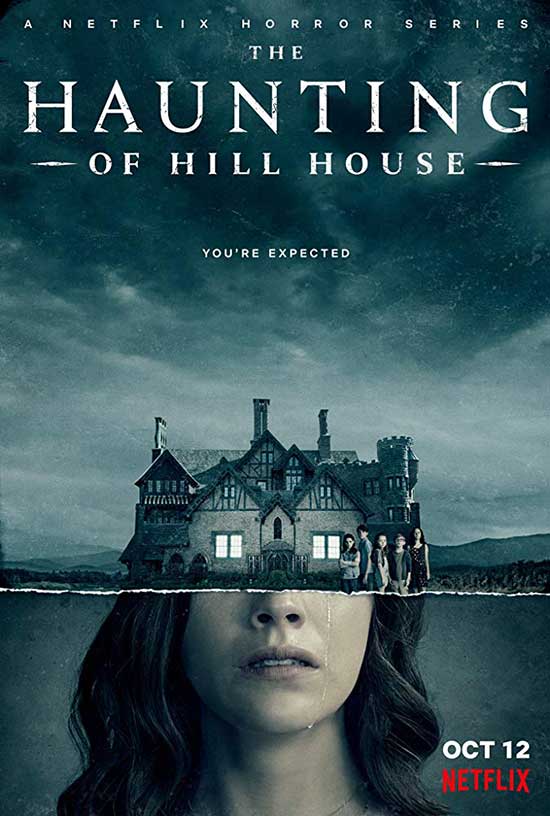 Flashing between past and present, a fractured family confronts haunting memories of their old home and the terrifying events that drove them from it.

Mike Flanagan (Oculus; Hush; Ouija: Origin of Evil) has had a meteoric rise to the top tier of horror directors since he first attracted buzz with Absentia only seven short years ago. To date, his biggest coup is landing directorial duties for Doctor Sleep, the upcoming film adaptation of the sequel to The Shining that Stephen King penned a couple of years ago. This year, Flanagan also added to his string of triumphs with the release of the new Netflix series The Haunting of Hill House, a 10-episode series he wrote and directed. The new series premiered on October 12 and is already being touted by fans and critics as Netflix’s biggest smash since Stranger Things. Indeed, currently the series has a 9.1 out of 10 user rating at IMDb, and an 88 percent “fresh” rating at Rotten Tomatoes. 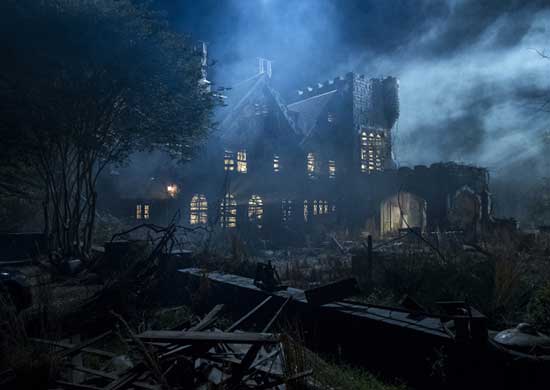 How good is Hill House? It may depend on which taste of horror is your jam. Haunted house movies are far and away my favorite horror sub-genre, so I found the series riveting and legitimately terrifying overall. It’s the perfect Halloween watch for many of us; in fact, the final episode actually takes place on Halloween. That Flanagan flair for creating creepy, immersive atmospheres is displayed in full force. There is a liberal amount of haunted house clichés (the mysterious locked room, the servants with secrets, a creepy little girl in the woods) but in Flanagan’s hands they don’t feel like clichés. Even the “secrets” of the locked room and the creepy little girl in the woods (revealed in the last episode) are unexpected.

The series is “based” on the famous 1959 classic novel of the same title by Shirley Jackson. I put quote marks around “based” to warn fans of the novel that the plot and characters are radically different from those they know and love from the book. This “reimagining” of the plot and characters may offend many fans of the novel and the legendary 1963 film adaptation The Haunting, but it wasn’t a deal-breaker for me. The changes seemed peculiar at first, because some of the characters have the same names as those in the novel, although they are emphatically not the same people. After a couple of episodes, though, I got used to it and just surrendered to the new narrative flow.

The series is faithful to Shirley Jackson in its own way. Whole scenes, passages, and quotes are taken from the book (and from the 1963 film); it’s just that they’ve been “repurposed” to serve a completely different narrative. The central premise remains, however, of a haunted house that thinks for itself and “collects” unfortunate people to live in it forever. 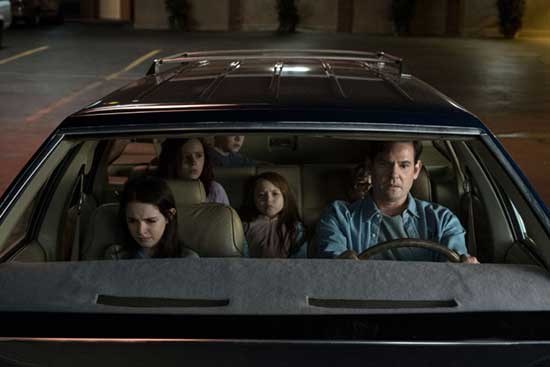 With that said, the new story depicts a family called the Crains, who buy Hill House, a historic Victorian mansion in rural New England (note: they are not the same Crain family depicted in the novel’s back story.) The parents (Carla Gugino and Henry Thomas) are professional house-flippers who plan to renovate the mansion and sell it for a profit. They and their five kids hope to stay for a summer at most, but the house has other ideas—it doesn’t want the Crains to leave. In fact, you could say the house wants to play with the Crain children and their parents forever and ever and ever. . . (If all of this sounds a lot like the plot of The Shining, don’t scoff. Stephen King freely admits that The Shining was inspired by the Jackson novel, which is one of his favorite books.)

The series is split into two major timelines, like the plot of the King novel IT. One timeline occurs in the summer of 1992, following the Crain family’s house-flipping adventures at Hill House, and the other occurs in the present, where the Crain children are grown-up and living dysfunctional lives of misery and pain. The events of the past timeline, featuring an absolutely brilliant child cast, are told in frequent flashbacks, intertwined with the events of 2018. This setup would be chaotic in the hands of a less-talented director, but Flanagan handles the transitions very well, and there’s little confusion about what’s happening when. 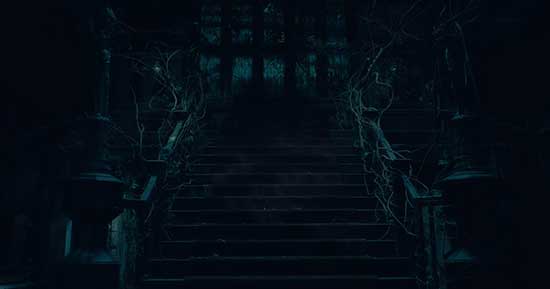 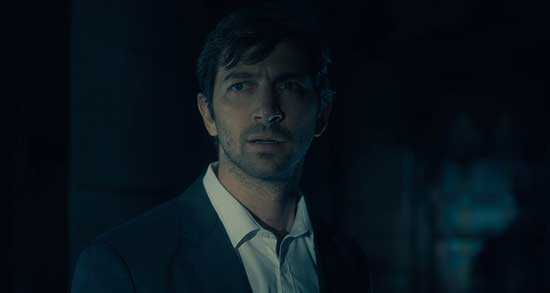 In the present timeline, the grown-up Crain children have never gotten over the events of that traumatic summer at Hill House, some of which caused their mother to commit suicide, while they and their father fled the house in terror. They barely talk to each other, and when they do, they bicker and fight viciously over various slights and betrayals that have piled up for years among them. The fragile youngest daughter, Nell, is still terrorized by ghostly visions of a creature she calls “The Bent-Neck Woman,” whom she first encountered at the age of six at Hill House. When Nell also commits suicide inside of Hill House in the present timeline, the siblings and their absentee dad (played by Timothy Hutton as an older man) get together and try to piece together what happened. Later, the remaining Crains also go back to Hill House, which has been vacant since 1992, for a final confrontation with all of their real and imagined demons. A genius stroke by Flanagan’s script gives the eldest daughter, Shirley (obviously an homage to the other Shirley), an adult career as a mortician who lives above a funeral home. This allows for another creepy venue besides Hill House in which to stage horror scenes, and indeed there are a couple of doozies that occur in Shirley’s embalming and viewing rooms. 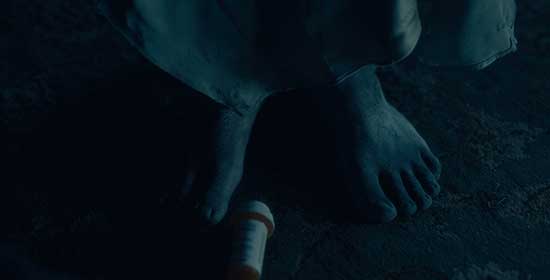 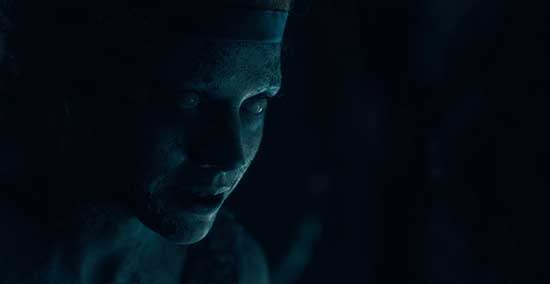 For about nine-and-a-half hours, the series is excellent: innovative yet also traditional, and technically brilliant in terms of acting, writing, pacing, set design, and cinematography. Episode 5, where viewers learn the identity of the “The Bent-Neck Woman,” is so good it could easily stand alone as its own movie. Episode 6 contains two complicated scenes that last more than 10 minutes each, each filmed in one take, with numerous actors and no cuts. This gives Episode 6 the memorable feeling of a theatrical production, and it makes the atmosphere even creepier than usual. In addition, fan forums are abuzz with the numerous ghostly appearances that Flanagan “hides” in the backgrounds of the scenes at Hill House, unbeknownst to the characters. Viewers have to pay very close attention, but silent ghosts can be seen lurking under side tables, standing in distant hallways, and peeking out from closets throughout the whole series. 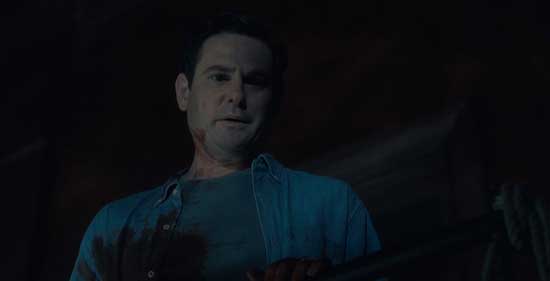 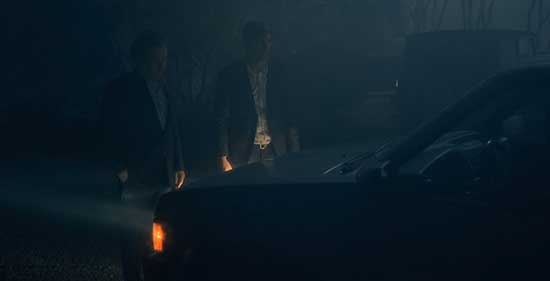 All of this is not to say the series is perfect. I would have preferred more scenes from the 1992 timeline and fewer from 2018, and more scenes from the book. The last 20 minutes or so clear up a lot of questions from the previous episodes (good), but also finish on a contrived “happy ending” note that undercuts the carefully built-up premise that the house is truly evil (lame). I can’t get more specific without including spoilers, but this series needed its own “Jack-frozen-in-the-snow” moment at the end and just didn’t deliver it. (Weak endings appear to be a Flanagan soft spot, if you’ll recall the “been there, done that” final scene from the otherwise excellent Ouija: Origin of Evil (2016).) Up until those final scenes, though, The Haunting of Hill House is a 9/10.