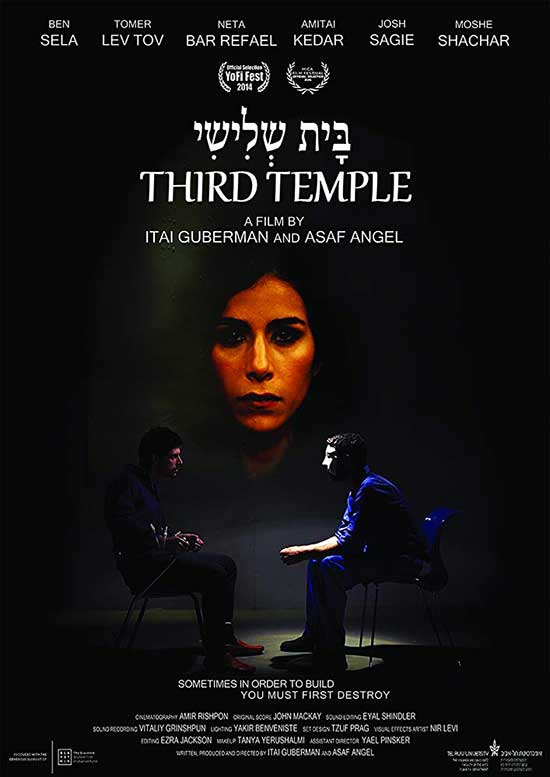 In Israel, in the years following the events of the Social Protests of Summer 2011 and the events that followed, life has become more and more difficult for the average citizen. Government corruption and the ever-rising costs of living have forced people into a quiet protest, left with no choice but to generally accept the status quo. Eventually, something has to give.

Israeli Independence Day 2017. Avner Peles (Ben Sela) wakes up in an unknown place, tied to a chair and his head covered. He has no idea how he got there or why. A masked man (Tomer Lev Tov) steps into the room and takes a seat in front of him. Avner now needs to find out why he is there and most importantly, how to get his freedom back.

September 11, 2001. A day that lives on, imprinted in the minds of all who saw. The twin towers of New York City’s World Trade Center sliced in half by two commercial jets whose control was overtaken by terrorists and sent to a crumbling mess. In D.C., the Pentagon, reduced to rubble by another commercial jet piloted by yet more determined fanatics. And a Boeing 757-222, Flight 93, set off from Newark International Airport in New Jersey, enroute to San Francisco but crashing onto a field in Somerset County, New Jersey as passengers and crew battled terrorists for control of the aircraft. 2,996 people killed in all that day (including all 19 hijackers). My first reaction when I turned on the tv that morning as I prepped for work was likely the same reaction had by most of the rest of humanity. Shock, followed by the deepest sorrow one could imagine. There was also rage and an obsession for answers. After I could collect myself, I had first a thought followed by two questions coming to mind. The thought was surprising only in that it was of something that is completely trivial on the surface in comparison to events unfolding in reality. But it rang as something significant if only for me. I’ve never been in the military, never lived in an area or community where violence was just outside my door nor tormented daily by life in a war zone. I was blessed, lucky or both. Now, I felt death crashing as close to my doorstep as could be possible for me. As to the questions, the first was how do people who live in terror and war-ravaged places cope and what limits are they driven to when they are reminded each day that violence and oppression are a tangible way of life for them? My second question is one that Think Tanks and political talking heads have wrestled with since time began, it seems: What are the root causes for these violent acts of extremism? When I came across the 2014 short film Third Temple, from co-writers/directors Itai Guberman and Asaf Angel of MyIndie Productions, I saw that I wasn’t the only one that was asking why and looking for solutions. 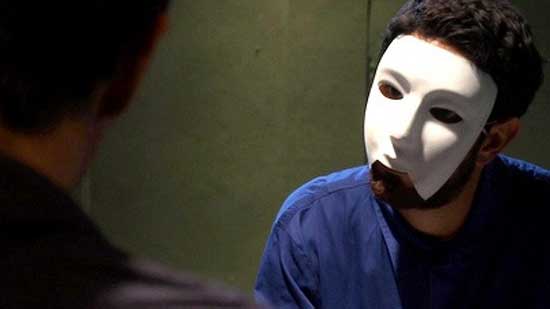 Third Temple is ever more harrowing when you consider that it was born of true events. In July of 2011, a Facebook protest group led hundreds of people to set up tents in Rothschild Boulevard in the center of Tel Aviv. This mushroomed into bigger demonstrations involving hundreds of thousands of people and expanded from July on through August of that year. Citizens were tired of the current social order and finally took action for change of the socio-economic climate. Third Temple has a government minister named Avner Peles captured and held in a darkened room, with a mysterious masked man interrogating him. The captor offers no explanation as to why Peles is being held. Just an array of questions as to why the government seemingly is turning a blind eye to its citizens, why change on the level needed hasn’t happened yet, and why the minister cannot see the reality of government functionary role. The only exposition and, truthfully, what narrative there is is provided by scenes set at a CNN-esque news show where a debate between terrorism and political experts is being waged and the postulating only underscores frustration. There we are told that each of the major heads of the government have also disappeared and that, curiously, no ransom demands have been announced and no group has claimed credit for the act. More deliberate manipulation by Guberman and Angel, and refreshingly so as the focal point is, and should be, on the why and not the who.

In chatting with Guberman about the picture, it became clear what the angle of approach was for he and Angel. “The film takes the frustration of the public (at the least the majority) in Israel and elevates (or escalates) and possibly exaggerates as to where it can go. It was my way of expressing that frustration in a cinematic way that I don’t think has been done before. The short is part of a feature screenplay we were working on, but could not complete for lack of funds.” Despite the tragedy of not having budget for a feature that could really bring awareness to larger audiences while planting the seed for change or just stronger food for thought, the power in their 28 minute short remains enough to resonate to the core of the viewers it will find. In fact, I was left with something of a “wow” and “what did I just see?” impact that lingered long after the last flickering image faded. I found it very refreshing that Guberman and Angel strive to examine all sides of this issue in the quest to find who’s truly responsible. The experts on display in the newscast represent the “keep with us. Change can still happen but it takes time” mission statement of government hidden under prepared talking points. Of course, it is conveniently not mentioned that this initial ideal has a tendency to become twisted by corruption, inevitably, over time. This is even suggested in the back and forth repartee between tormentor and captive. The anchor at the news show is much the one who serves as the voice of the public’s exasperation and pleas for resolution.

As a devotee of the technical aspects of cinema, I had to take note of a few neat tricks that are offered up here by Guberman and Angel. The flash-fed opening showing passage of time and day-to-day life coupled with a few well-placed freeze frame shots offer a glint of the maverick indie in both helmers and provide sheer proof that the moviegoer is in for something quite different from the normal mall theater fare. A shot near the finale with a blood drip super-imposed just below the right eye in an image of the anchor facing the camera is a haunting visual seemingly ripped from a storyboard.

The small cast has the difficult chore of bringing the nationwide, and worldwide, scope of the terror issue down to a deeply intimate level without lessening the power or impact in any way. It is brilliant how the cast gives a personality to each of their characters while similarly showing the commonalities with all citizens. Some feat for these six actors (Ben Sela, Tomer Lev Tov, Neta Bar Refael, Amitai Kedar, Josh Sagie, and Moshe Shachar are all simply brilliant) to become symbolically six thousand or six million.

Third Temple is not your fictional creature features tale. Unlike the zombies and vampires of make-believe, however, it is ever more the nightmare-inducing shocker because of its very brutal and blunt reality. It is the scariest true horror show you will likely ever watch and perhaps wanting more if it compels you. Let us hope that film studio financiers somewhere find it suitably compelling as well, enough so that it shows up on the multi-plex marquee one day and clocks in at 2 hours or so. For those wishing to see this timely, pungent thriller for themselves, the film can be streamed for viewing at myindieproductions.com/third-temple-2014/ or at Vimeo on Demand at vimeo.com/ondemand/155000. It is worth it.