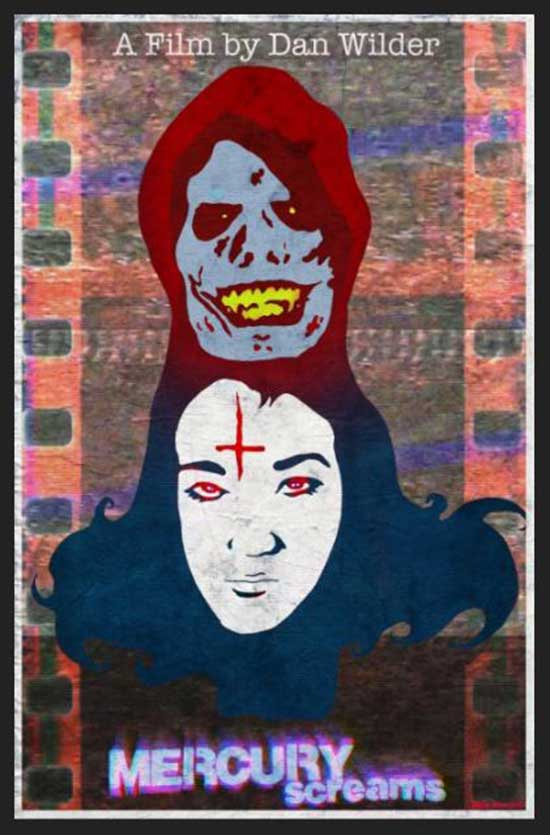 After a woman suffers a miscarriage her and her husband move to a new house and attempt to cope with their loss. Unfortunately for them strange things start to happen shortly after they get there and after everything is said and done their lives may never be the same again.

I’ve always thought that Dan Wilder was a pretty cool guy and an awesome film reviewer, so I was pretty stoked to see his short film Mercury Screams (which he wrote and directed) and went into it with some pretty high expectations. After watching it I can honestly say that these expectations were met (and maybe even exceeded) as I really dug this film and thought that Wilder did an outstanding job. It is one of the best short horror films that I’ve seen in a while and Wilder and everyone involved in the making of it should feel very proud of what they’ve accomplished here. 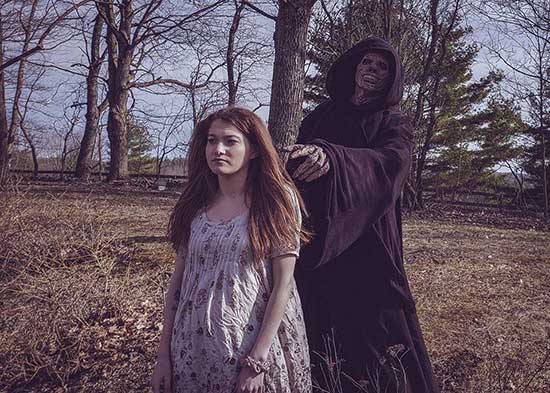 The premise is interesting and kept me glued to the screen as I watched everything play out. We have a couple that are trying to get on with their lives after the loss of their unborn baby by moving to a new house for a fresh start. They appear to be at odds with each other (which is realistic as this sort of thing typically happens to couples after facing such a tragic event) and before you know it odd things start to happen after the husband, Herd, goes to bed and leaves his wife Gretchen all by herself in the downstairs living room. I don’t want to give anything away because I don’t want to spoil it for anyone but let’s just say that things get more than just a little creepy and bizarre for Gretchen. I thought that what transpired after the husband left the room was pretty cool, disturbing, and plays out like some sort of awesome fever dream.

I also liked the fact that the entire short is filmed as if it is a reenactment of the actual events that happened to the couple. The people that appear are not the “actual” people who are dealing with the loss of their child and are instead actors portraying them on a television show that deals with supernatural investigations and the like. I thought that this was a very cool touch and it works very well. It is almost like we are watching an old episode of Unsolved Mysteries or one of those cool old TV specials that they used to show back in the 80’s around Halloween that were all about haunted houses and the like across the country that I really loved when I was younger. As I said earlier, this is a mighty cool idea and the results speak for themselves as I was quite blown away by the time the end credits started to roll. 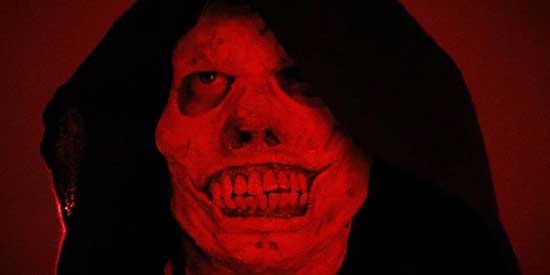 The performances are top-notch as well. Wayne W. Johnson does an excellent job as Herd and Sarah Zimmer is equally impressive as Gretchen. They both come off as a believable, grieving couple and I liked the fact that they are sort at the other’s throat to an extent as they both try to deal with the loss of their baby in their own way. I’ve known people who have gone through a very similar situation and unfortunately enough deep down both of them blamed the other person for what happened to some extent which resulted in them constantly bickering afterward over the smallest thing. Sadly, things between the people I speak of were never quite the same and they ended up mutually agreeing to end their relationship as a result some time later, which I can see eventually happening to the characters that appear in this film. I thought that Johnson and Zimmer knocked it out of the park here as they are both likable, relatable, and you can’t help but feel sorry for them after everything they’ve been through (and what they are most likely going to go through in the very near future).

Mercury Screams is a winner and is a short horror film that stays with you longer after you watch it. I thought that it was well-written, expertly directed (I love the way it was shot as it has a surreal, grainy look to it that really helps capture the overall tone) and there is a lot to like about it. It is spooky, haunting, a little depressing (in a good way), and has a very awesome ending that I didn’t see coming. I am looking forward to seeing some more stuff from Dan Wilder and predict some big things for him in the future (plus I wouldn’t mind working with him on a film project sometime. Hey Dan, shoot me a message when you can!). If you’re looking for an entertaining horror short that has a lot of heart, then I highly recommend that you give Mercury Screams a shot. You won’t be disappointed.