School can be a pretty terrifying place. On the one hand, you have teachers breathing down your neck to make sure you don’t break the rules; your best friends can turn into your worst enemies at the drop of a hat; and social status can be just as important as your grades. The hallways of education can be a nightmare for a lot of reasons; but thankfully, there’s some great slashers to help alleviate the turmoil of hitting the books or obsessing about whether your crush is willing to go to the dance with you or not. So, let’s celebrate back-to-school in spooky, violent style with these top 10 horror movies, shall we?

If you’re an asshole to your classmates, chances are it will come back on you eventually. In this case, a bookworm who loves science is tormented by a group of popular kids and permanently scarred from chemical burns when a prank goes wrong. Years later, the cool kids gather for their high school reunion and realize they haven’t seen the last of Marty Rantzen (Simon Scuddamore). Donning a yellow and red Jester hat, Marty torments his abusers and makes them wish they never went to school together. Filled with humorous ‘80s gore and a menacing score, Slaughter High will surely teach any bully a valuable lesson. 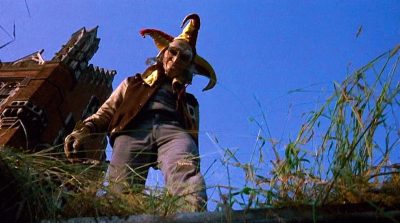 Writer Diablo Cody and director Karyn Kusama know how to literally demonize the teenage girl experience. Girls are endlessly told not to get into cars with boys and yet, poor Jennifer (Megan Fox) learned the hard way when she leaves a show with an aspiring rock band only to be sacrificed for their success. When the ritual fails, Jennifer is transformed into something…different. She feeds on the flesh of her male peers and uses her sexuality to catch her new prey. Jennifer’s bookish best friend, Needy (Amanda Seyfried) attempts to foil Jennifer’s nefarious plans, but then questions her own morality while walking a delicate line within their ill-fated friendship. A witty and glossy horror comedy, this film is best served with a side of revenge and a really cute outfit. 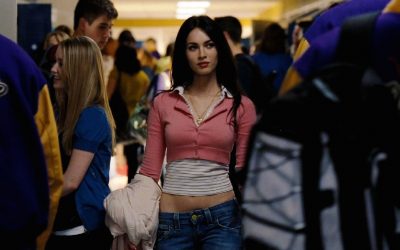 Wandering through the hallways of high school can make anyone feel like an alien. However, for Casey (Elijah Wood), paranoia becomes a reality once his teachers and classmates begin drastically changing their behaviors. Marybeth (Laura Harris), the new girl in town, tries to fit in with the other seemingly normal outcasts but can’t hide a dark secret for long. The film spans every social group from jocks, geeks, stoners, loners, and goths complete with a swoon-worthy 90’s cast including Josh Hartnett, Jordana Brewster, Salma Hayak, Famke Janssen. A modern take on Invasion of the Body Snatchers, this Robert Rodriguez film schools the horror/sci-fi genre with rad practical effects and a comical creep factor. 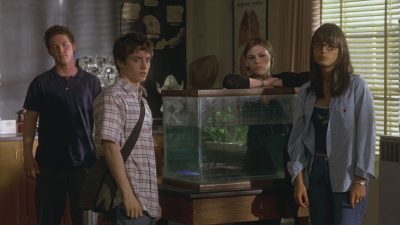 If you’ve ever had a nightmare about being naked in front of a classroom, that’s nothing compared to what happens to Theresa or “Tree” (Jessica Rothe). Waking up in a guy’s dorm room on her birthday, hungover from the night before becomes a recurring nightmare, as she is murdered that evening and gets caught in a loop in which she relives the same day over and over. A fucked up version of Groundhog Day, Tree takes matters into her own hands in order to hunt down her killer and score a date with the sweetest guy on campus. 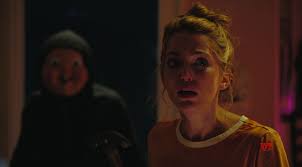 If you drink pop rocks and soda, your intestines will explode. If you flash your headlights at a car at night to signal they need to turn theirs on, they’ll murder you. These are just a couple of urban legends that get shared across campfires in our culture. This particular fascination with folklore hit the big screen in 1998 when director Jamie Blanks introduced us to a killer who murders their classmates with a different urban legend each time. This psychological slasher cuts deep in true ‘90s fashion with Rebecca Gayheart, Jared Leto, and Danielle Harris all in attendance. Even our beloved Robert Englund makes a cameo as the abnormal psychology professor.

From a teacher’s perspective, working with kids can be a real terror. In order to control unruly youth, this Japanese thriller pins a chosen class of middle schoolers against each other in which they have to fight to the death, as only one can survive. Shipped off to an abandoned island, each kid is given a backpack with various survival items and weapons. Alliances are formed and friendships are broken as every youngster is killed off. Adapted from the fantastic dystopian novel by Koushun Takami, this film has been banned from distribution in several countries and influenced several aspects of pop culture including the exhausting success of the Hunger Games trilogy. 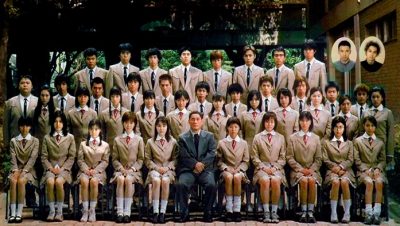 A French coming-of-age film, Julia Ducournau’s debut is a powerhouse complete with a sense of exploration any college freshman is familiar with–give or take an affinity for human flesh. Lifelong vegetarian Justine (Garance Marillier) joins her older sister at Veterinary school and begins to experience various unruly cravings that she struggles to control. Highly stylized and gnarly as hell, this is one cinematic treat you’ll definitely want to indulge in. 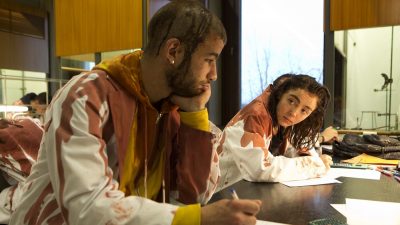 Dario Argento’s 1985 giallo focuses on Jennifer (Jennifer Connelly), an American who realizes she has the power to communicate with insects telepathically while she is studying abroad in Switzerland. Despite being relentlessly bullied at school, she employs the help of a friendly forensic entomologist (played by Donald Pleasence) to track down the serial killer that is murdering off her classmates. The soundtrack includes original compositions from Bill Wyman and Claudio Simonetti. There’s also some sick tracks from Iron Maiden and Motörhead. So, if you’re into horror, animals, and metal, then this one is for you. 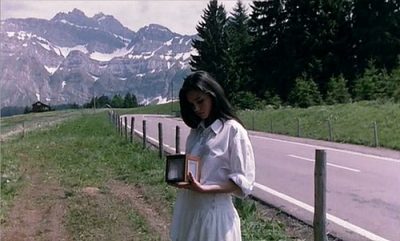 Beloved director Wes Craven gave us one hell of a ride in 1996. This slasher established its own rules within the genre by combining black comedy, mystery, and violence to satirize the horror genre’s clichés popularized by such gems as Friday the 13th and Halloween. Writer Kevin Williamson’s plot was inspired by the real-life case of the Gainesville Ripper, who murdered five students over the span of four days in August of 1990. Sidney Prescott’s character (Neve Campbell) typifies the final girl stereotype as a vulnerable teen who has been through her fair share of trauma after her mother was murdered. Battling the Ghostface killer, Sidney tries to connect the dots to her mother’s death while witnessing her friends being killed off one by one. This film turns the genre on its head and spawned a franchise that now consists of four films and a TV show spin-off. 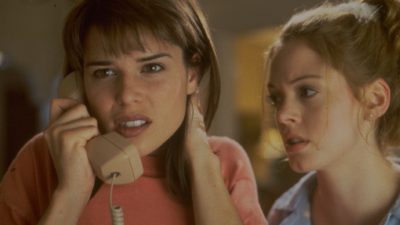