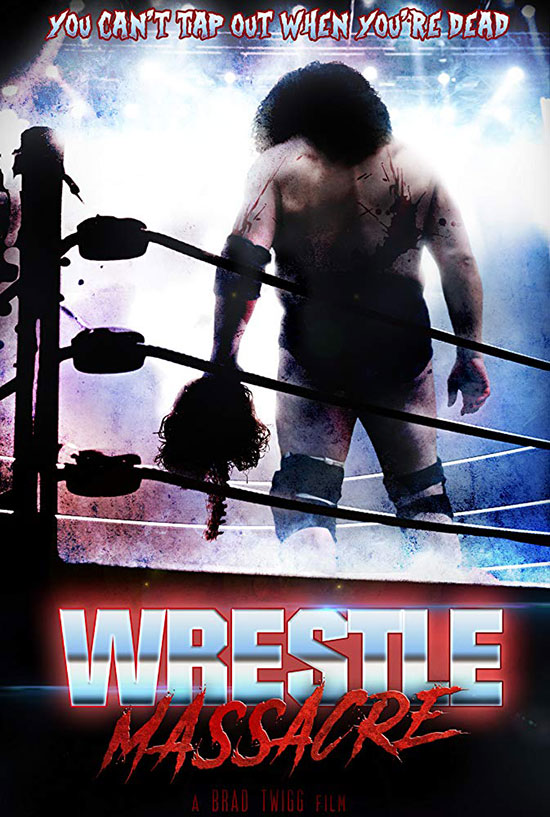 Randy is a lonely, gentle groundskeeper who dreams of becoming a professional wrestler. After he is humiliated at a local wrestling school and his dreams of ever stepping into the ring are dashed he snaps and goes on a brutal killing spree, leaving a trail of broken and bloody bodies everywhere he goes.

Along with horror, wrestling has always been my other great love. I remember watching it back in the late 80’s with my grandfather and favorite uncle and I actually planned on attending wrestling school after I graduated from high school. I didn’t, and it is one of the biggest regrets that I have in life. Would I have made it? Probably not, but at least I would have given it a shot and I hate that I chickened out and didn’t attempt to do it. I think that is one of the main reasons that I really dug Wrestlemassacre. In a lot of ways, I could really relate to the main character Randy and I know exactly how he felt when it came to his desire to want to become a professional wrestler. I thought that it was an awesome movie that was just loads of good old- fashioned bloody fun and I had a total and complete blast with it. Director/co-writer Brad Twigg really knocked it out of the park with this film and it just spoke to me for several reasons. I mean come on, it combines horror and wrestling- two of the most important things in my life- so I knew before I even saw it that it had to all sorts of kick ass (and it was). 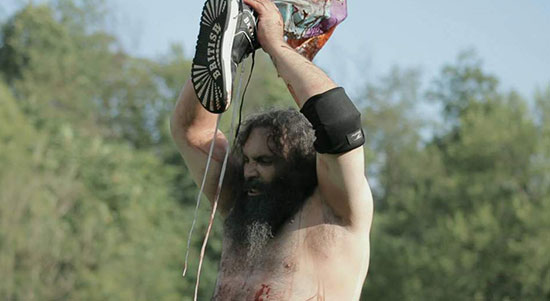 I loved the premise and thought that it was very interesting and entertaining. We have poor old Randy (who is actually a pretty sympathetic character in a lot of ways) who is a nice guy that just snaps one day after he realizes that he has just had enough and decides to take out anyone who pisses him off in the most brutal of ways (which usually involves wrestling maneuvers). It’s just a cool idea that does a great job of combining old school slasher flicks with old school wrestling to make one hell of an awesome combination. As a result, the film itself is just a ton of fun and I loved every minute of it. In a lot of ways, it reminded me of the cool old horror films that I grew up on and that is the highest compliment that I could give this movie. Twigg and his fellow screenwriters (which includes Julio Bana Fernandez, Matthew L. Furman, and Rosanna Nelson) just get it and know how to put together a great horror flick that will leave you wanting more. 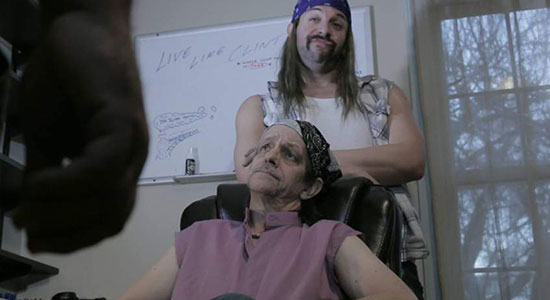 Did I mention that Wrestlemassacre has a very impressive body count and some great death scenes? Randy doesn’t mess around when it comes to taking out his victims and does so in some pretty painful and messed up ways that would impress Victor Crowley from the awesome Hatchet series. I don’t want to give a whole lot away but let’s just say that Randy enjoys incorporating wrestling moves into his murders and I had a great time watching him do his thing. While there are many awesome, over the top deaths that take place during the course of the film I think my favorite one involved the most painful camel clutch in the history of the wrestling business and without spoiling anything let’s just say that the poor guy on the receiving end of it doesn’t have a very enviable death whatsoever. This movie is soaked with blood and as a gore hound myself who loves his blood and guts I couldn’t have been happier.

I also thought that the film had a great cast as well. In addition to Richie Acevedo who plays Randy (and also wrestled for years as the Cuban Assassin) we also get appearances by other wrestlers such as Tony Atlas, The Sandman, Rene Dupree, Jimmy Valiant, and the late, great Nikolai Volkoff just to name a few. I thought that they all did excellent jobs bringing their characters to life as did Julio Bana Fernandez, Jason John Beebe, Rosanna Nelson, Brandy Mason, and everyone else involved with the film. I don’t think that a single person did a bad job and as such the entire cast should be proud of what they accomplished with this film. 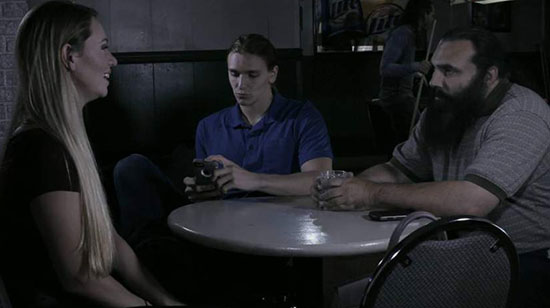 As you can tell I loved Wrestlemassacre. I thought that it had a lot going for it and I dug all the nods to wrestling that where thrown in (such as the names of the characters). It is obvious that the people behind it put a lot of effort into it and are true wrestling and horror fans and it definitely shows. If you are into wrestling and horror as much as I am then this move is a must-see. Do yourself a huge favor and go check it out as soon as you can. Trust me when I say that you won’t be let down.