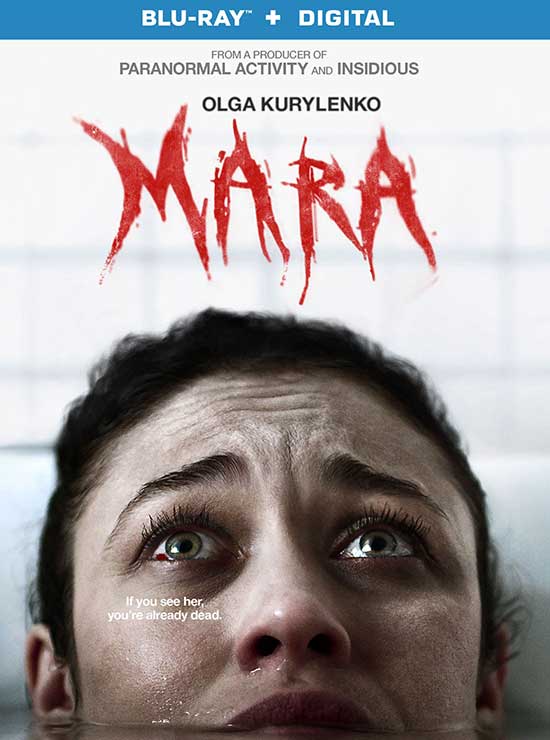 Prepare to lose a whole lot of sleep when Mara arrives on Blu-ray™ (plus Digital), DVD and Digital November 6 from Lionsgate. This film is currently available On Demand. Based on famous folklore, the film’s expertly crafted story line tells the tale of criminal psychologist Kate Fuller, who starts to experience the same terrifying symptoms as the victims of an ancient demon who kills people in their sleep. The absolutely chilling Mara will be available on Blu-ray™ (plus Digital) and DVD for the suggested retail price of $21.99 and $19.98, respectively.

From a producer of Paranormal Activity and Insidious comes this shock-filled descent into fear. After a man is seemingly strangled in his bed, criminal psychologist Kate Fuller (Olga Kurylenko) interviews the sole witness, the victim’s eight-year-old daughter, Sophie. When asked to identify the killer, Sophie says, “Mara.” As Kate digs into the case, she unearths a community of people who claim to be tormented by a shadowy menace — a centuries-old demon who kills her victims as they sleep.