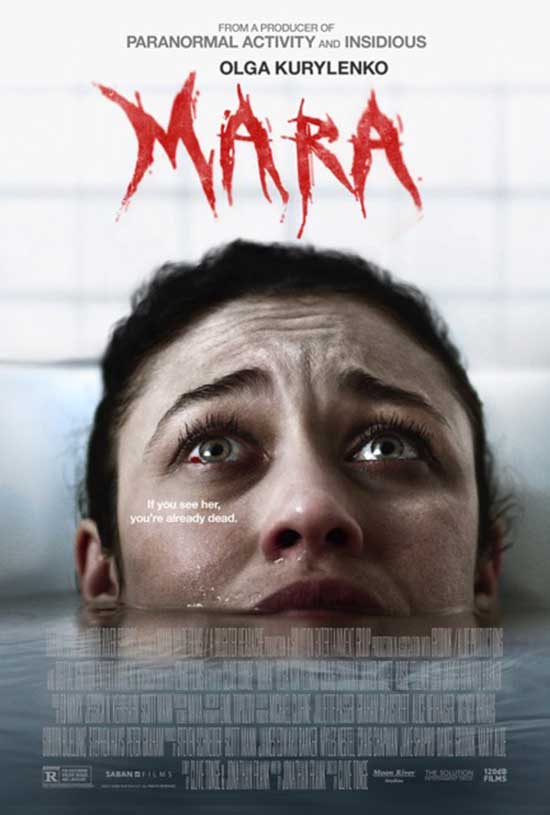 From a producer of Paranormal Activity and Insidious comes this shock-filled descent into fear. After a man is seemingly strangled in his bed, criminal psychologist Kate Fuller (Olga Kurylenko) interviews the sole witness, the victim’s eight-year-old daughter, Sophie. When asked to identify the killer, Sophie says, “Mara.” As Kate digs into the case, she unearths a community of people who claim to be tormented by a shadowy menace, a centuries-old demon who kills her victims as they sleep.