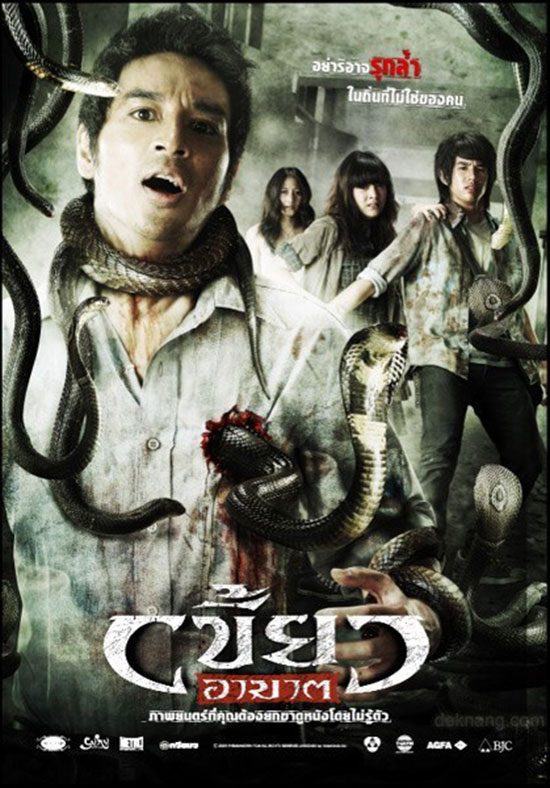 In 1983 before the giant Suvarnabhumi international airport was built, the neglected and unoccupied area was called “King Cobra Swamp” by the locals. As building commenced, a huge old Banyan tree blocked the constructions path. A work crew call in a mechanical digger to remove the tree. As the roots are torn from the ground 1000s of cobra bones explode from the earth tearing them to pieces. After the passing of the grim massacre, witnesses who survived tell strange stories about and evil Cobra spirit. Years later when a new apartment block was built on the ground, Nin, the buildings owner has to face the horrifying matter when hundreds of Cobra hell bent on killing every living person in the apartment appear. People believe that again it is the vengeance of the Spirit. How will they survive, when being hunted by vengeance without mercy?

I’m sure we can all remember the silliness that was the 2006 tongue in cheek action film Snakes on a Plane. I used to think that a film about snakes can’t get much stupider than that, but turns out I was mistaken. As it happens, The Intruder somehow manages to reach a level of stupidity that Snakes on a Plane could only dream of. 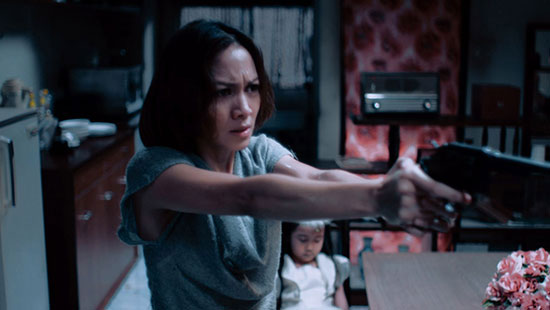 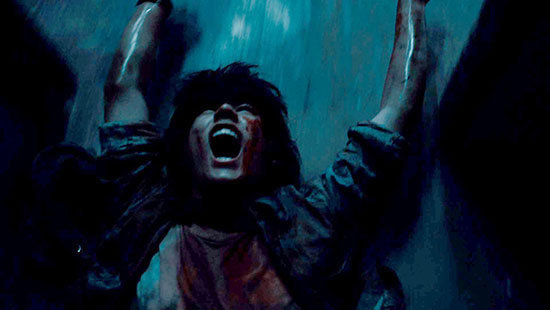 Let’s start with the title. At least with Snakes on a Plane you know exactly what you’re getting. It is quite literally a movie about plane full of snakes. No surprises there. However, when faced with a film called The Intruder, I was expecting to watch home invasion film. Or possibly a film about a parasite or maybe even aliens. Any of those options would make at least some kind of sense.  Angry snakes on a revenge based killing spree on the other hand was not something that even entered my mind. Now, “The Intruders” I could’ve understood. Still not the most descriptive title for a film about masses and masses of snakes taking over an apartment building, but at least it would suggest multiple invaders rather than just one.

I have to admit that I could not fully follow the complexities of The Intruders plotline as the subtitles on the version I was watching were quite possibly the worst I’ve ever seen. It genuinely looked like someone had put them together by using Google translate. To give you an idea, here’s couple of gems I picked from the myriad of nonsensical sentences:

“I clean ears once”

“We snake in revenge”

And no, none of them had any context. No one was cleaning their ears, there wasn’t 6.5 snakes present in the scene and the sentence “We snake in revenge” was not uttered by one of the revengeful snakes (but it would have made a better title than ‘The Intruder’, if you ask me).  Subpar subtitles to one side, lucky for me the plot of The Intruder is not so complex that I would have been at a complete loss with it. Some the more intricate aspects of the character relationships were left somewhat hazy to me, but in the end, it is mainly a film about bunch of people running around a building, getting killed by snakes, so the possible character-based drama didn’t seem too important. 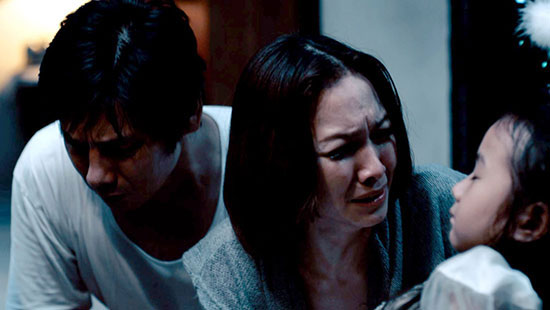 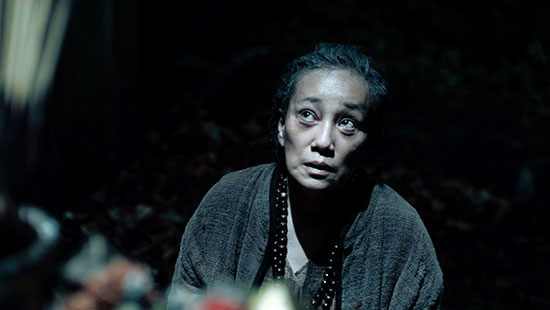 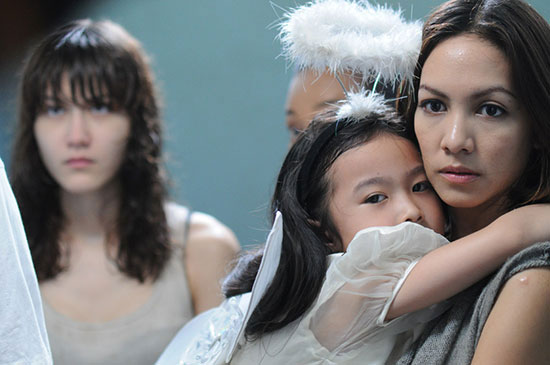 What did bother me though was that I had no idea why these people wouldn’t just simply leave the building.  I mean, at least in Snake on a Plane the people were trapped in an aircraft in mid-air. The characters in The Intruder however seem to have plenty of opportunity to leave, but they just keep on running into elevators that do not work, wasting time building barricades that will never in million years hold snakes and running upstairs rather than going for the front door.  Maybe there was a piece of information that I missed because of the shoddy subtitles, or maybe it is just a simple case of bad decisions made by all, hard to say. Be that as it may, the whole scenario makes for a very frustrating viewing.

Another part of the plot that was left as a bit of a mystery to me was the supernatural element that is introduced to the plot very late on the film. The old crazy granny has some kind of snake altar that she uses for some kind of spells and she is somehow connected to the white super cobra that all of the sudden appears in the story, but I can’t honestly say what that was all about. What I can say though, is that none of that nonsense seemed very important and I got the feeling that the whole thing was some kind of clumsy attempt to add more intrigue to an otherwise quite a dull film.

Out of all the confusion with the subtitles and weird plot twists, I could possibly make out some sort of deeper message. The way the characters turn on each other and the local medias involvement with the whole debacle (one of the characters, a journalist, keeps sending videos to her boss and rather than helping, they just keep waiting for more videos to arrive) seem to suggest some kind of commentary about the evils of media or possibly something about monstrous nature of men. 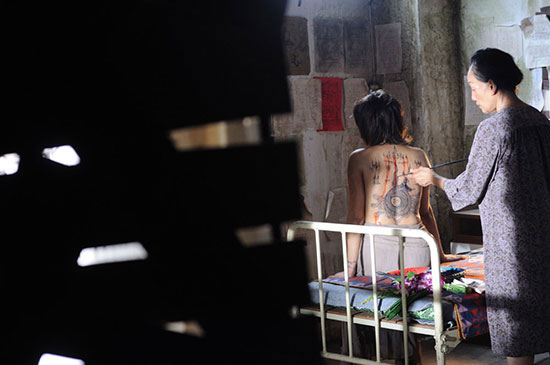 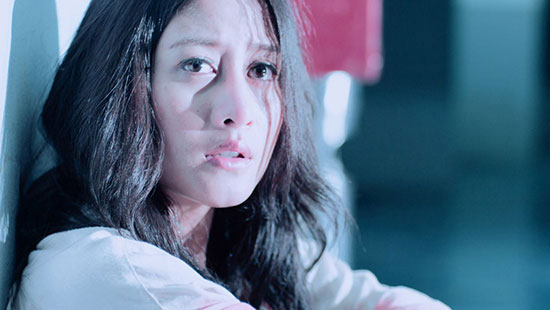 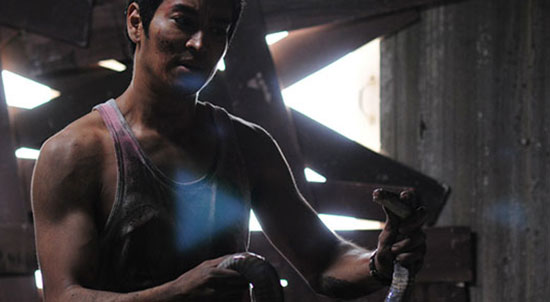 What ever the case, it doesn’t change the fact that The Intruder is just a rather tedious watch.  It’s laughable at best and frustrating at worst. If you happen to suffer from a severe ophidiophobia you might find it somewhat intimidating. Otherwise, even with decent subtitles, I wouldn’t bother.