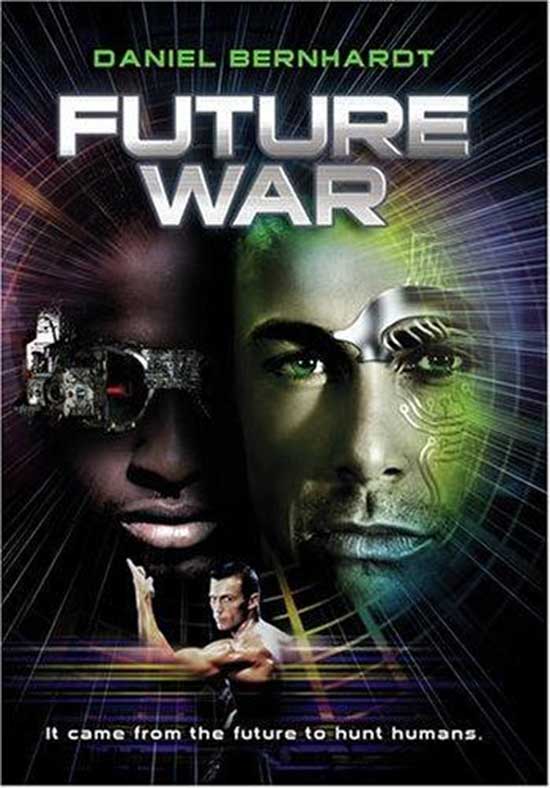 A run-away human slave from Earth’s future escapes to the present.

We got a painful one here, folks. Future War (another film that has been featured in an episode of the original Mystery Science Theater 3000) is about a man who escapes from a spaceship orbiting our world. Apparently, his people were plucked from Earth’s history by cyborgs and forced into slavery, and he’s not too happy about the situation. The main character, called simply The Runaway, uses his sweet kickboxing skills to try to defeat the velociraptors and cyborgs sent to track him and win his freedom. He eventually meets up with a nun with a shady past enlists her help as well as those of a local street gang to fight the cyborgs, their pet dinosaurs, and Robert Z’dar’s jaw.

After watching Future War, I do wonder how a movie that has so many cool sounding things in it end up so bad. You have kickboxing, cyborgs, dinosaurs, and all kinds of fight scenes. These are the elements that under competent hands could make for an awesome b-movie. Unfortunately, with the exception of Daniel Bernhardt’s martial arts displays, no one in front of or behind the camera showed a modicum of talent or competence at anything. What could have ended up being a fun cheesy movie is instead a hot mess. 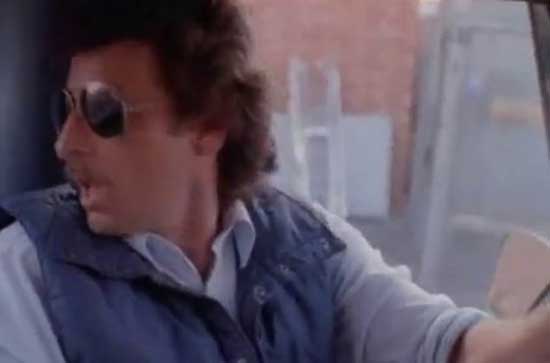 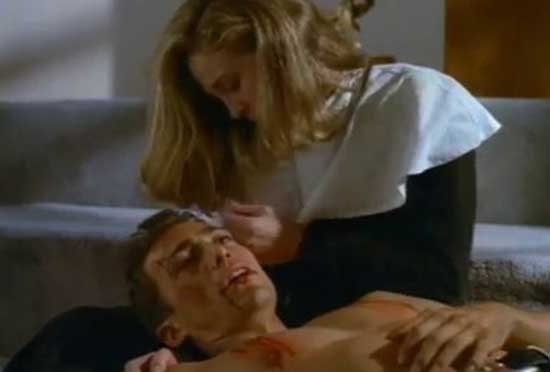 I’ll be surprised if this film had an effects budget that was more than $20. There weren’t a whole lot of special effects to begin with, but what few there were looked terrible. Just to give you a taste, the dinosaurs in this movie were not even remotely realistic looking. Most of the time they were obviously just rubber hand puppets that inspired guffaws instead of screams of terror. If you look at the so-called cyborgs, they’re just guys with some white makeup slapped on and plastic bits glued on them to try to make them look mechanical. They looked like the Borg from Star Trek: The Next Generation if the Borg were complete morons with limited resources. 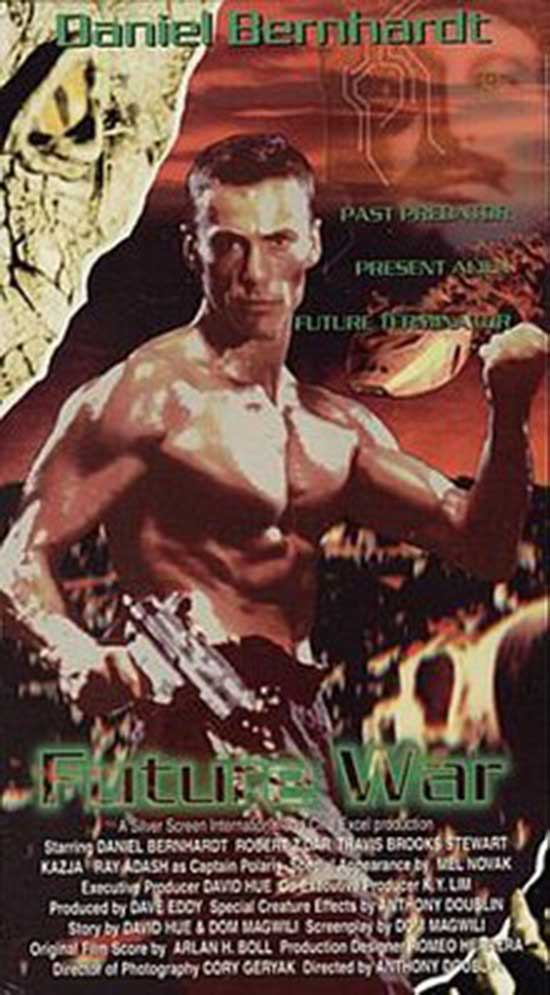 Part of me wonders if the resources that could have been used for the effects were actually spent on cardboard boxes. That’s mainly because almost every major action scene is located in an area where there’s a ridiculous amount of cardboard boxes stacked on each other. It’s like the filmmakers had it in their mind that warehouses and similar places like to stack empty boxes with no real rhyme or reason. Even better is when we see characters use them as weapons. If this movie is anything to go by, my best weapon in a life or death struggle is an empty box from U-haul. 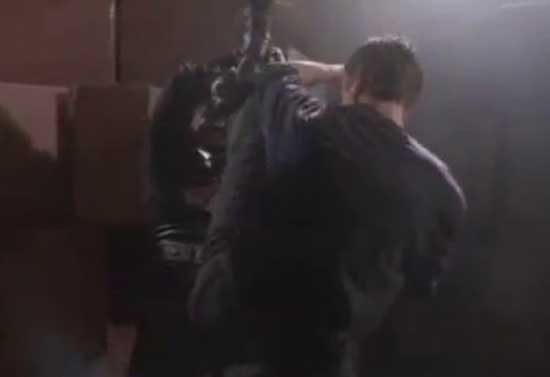 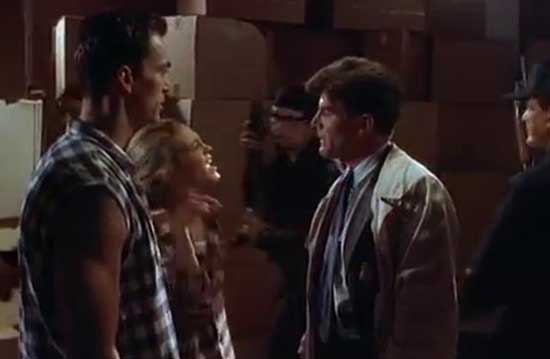 I would talk about the acting, but that would imply that there was any to be found. The majority of the cast showed the same emotional range as cadavers. Dialogue, as crappy as it is, is delivered with very little inflection. It was like watching a theater group made up entirely of somnambulists. The only two cast members that actually showed a spark of life was Daniel Bernhardt and Robert Z’dar. Z’dar mainly because he seemed to be hamming it up, and Bernhardt only because he actually had to show some energy when doing the fight scenes. However, martial art skills and a European accent is the only things he brings to the table. He lacks any kind of charisma or personality that makes him interesting. I’d call him a second rate Jean Claude Van Damme, but Olivier Gruner in the 1990s already beat him to the title. In fact, Gruner actually was far better at everything Bernhardt does. It was so pathetic that I kept calling Bernhardt Jean Claude Van Don’t. 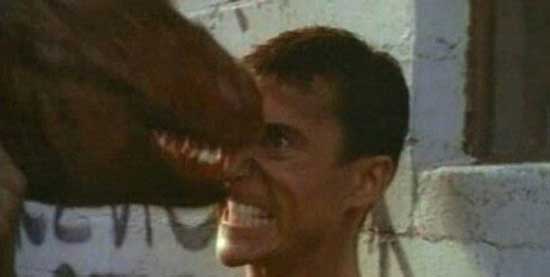 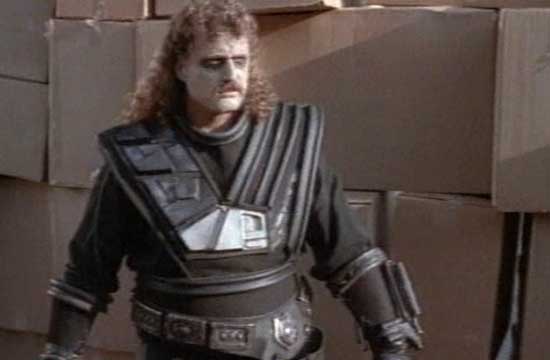 This bears worth saying again: this movie should have been awesome. You had martial arts, evil cyborgs, and dinosaurs all in one movie. It should have been amazing, but the concept was beyond the movies budget and the talent of anyone involved with making the film. Future War is not something I recommend watching by yourself. It just doesn’t have enough going for it to make it tolerable enough. This is one of those flicks that you should only watch if you’re having some friends over to make fun of it or if you’re watching the MST3K episode. Otherwise, avoid this like a baby’s loaded diaper left on the sidewalk.