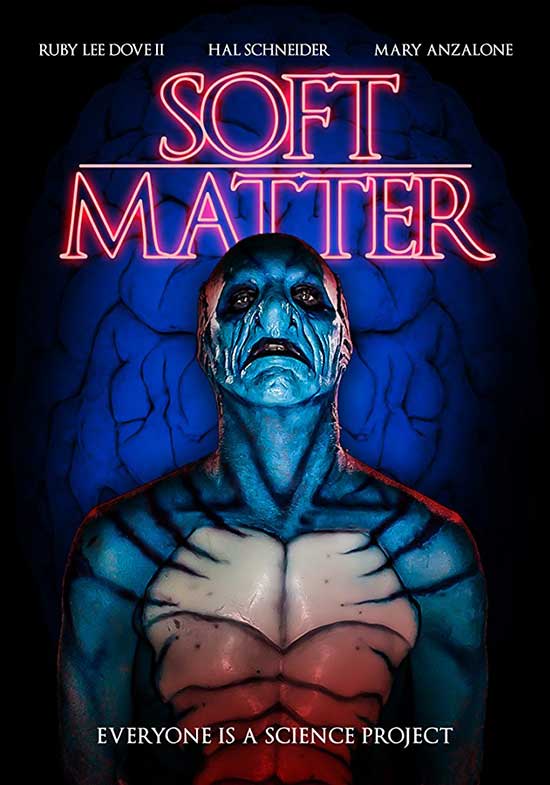 Two graffiti artists break into an abandoned research facility in hopes of creating an art installation. Instead, they stumble upon a team of demented researchers who are in the process of resurrecting an ancient sea creature.

Two graffiti artists break into an abandoned, reportedly haunted research facility in hopes of creating an art installation, but stumble upon a secret team of demented researchers who are in the process of resurrecting an ancient sea creature – who they now must fight in order to escape alive.

Nothing could have prepared me for Soft Matter, the first feature film from Writer/director Jim Hickcox. The film is a curious mix of comedy, horror, and science fiction and I’m pretty sure if I attempted to describe it to someone there is a good possibility I might find myself undergoing a psychiatric evaluation. I’m fully aware I’m going to sound like a crazy person while discussing this movie, so please bear with me. In fact for at least the first ten minutes, I had a very strong urge to turn this movie off, but then I realized that there is something oddly appealing about it, possibly the minor references to Lovecraft, so I continued watching. 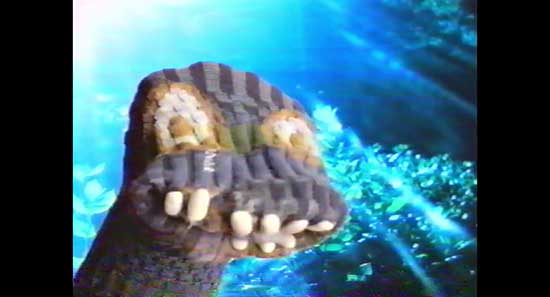 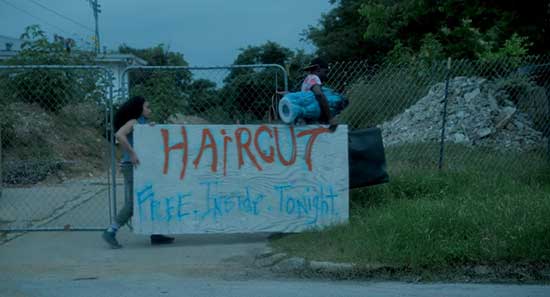 Two scientists have been secretly working on some very unusual experiments inside an abandoned research facility. At first, the test subjects don’t appear to be human. Instead they seem to be in liquid form and resemble a mixture of chocolate pudding and muddy water with a little neon colored Kool-Aid thrown in. I’m curious to know what types of liquids they actually used for the experiments in the film, so all I can do is describe what they looked like to the best of my ability.

After some head scratching about just what the heck is going on, it is revealed that the experiments were human at one time, but have now been merged with various sea creatures. The two zany scientists are the only humans left alive in the facility and are tasked with caring for their liquefied patients in order to achieve their goal of resurrecting an ancient sea God. Yes, you read that correctly. Two scientists who are clearly insane have killed people, reduced them to liquid fish hybrids and believe that they can call forth an ancient God so they can achieve immortality.

A lot of the dialogue is silly and Soft Matter feels a lot like an experimental student film, but the actors take their roles so seriously that it would be hard not to get caught up in the ridiculous fun. Things get really wacky, but highly entertaining, when one of the mushy patients wrapped in plastic from head to toe inexplicably shows off some rather impressive dance moves while blasting a boom box. I can’t quite explain why I found the dance scenes to be so enjoyable, but this was probably my favorite part of the entire movie. 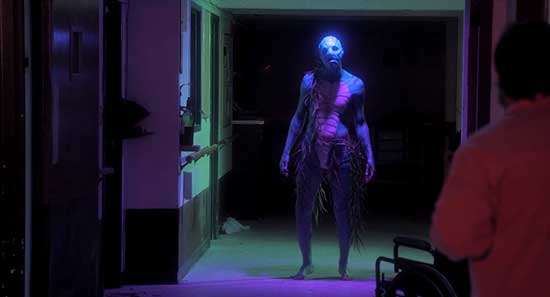 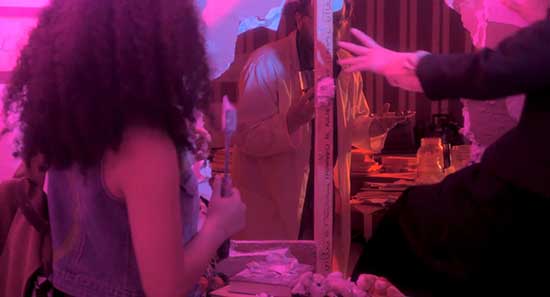 Meanwhile, two graffiti artists, Kish (Ruby Lee Dove II) and Haircut (Devyn Placide), are trying to come up with a way to become famous artists and Haircut also wants to realize his dream of becoming a rapper. Haircut asks Kish if she believes in ghosts and when she tells him she doesn’t, he suggests they go explore an abandoned research facility that is supposed to be haunted to try and document paranormal activity. Kish decides to turn the whole adventure into an art show and invites an art dealer to join them.

Back at the research facility, one of the scientists is having an argument with a face in a mop bucket. The face belongs to the sea God and it is demanding to be released from the bucket and the closet where it is somehow being held against its will. Just when you think this movie can’t possibly get any weirder, it definitely does. 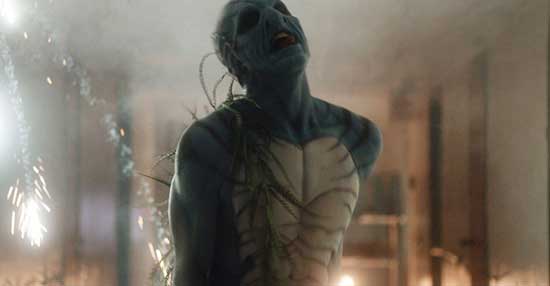 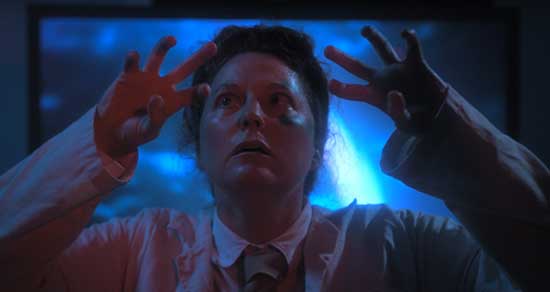 When Kish and Haircut arrive at the facility for their ghost hunt/art show, they think the building is abandoned and begin setting up and drawing graffiti on the walls. They discover the watery experiments and the two crazed scientists, then chaos ensues and the ancient sea God is accidentally released from its mop bucket prison and begins trying to kill everyone. In the middle of this, the art dealer and his friend arrive and believe that what they are witnessing is performance art, resulting in some absurdly hilarious sequences. 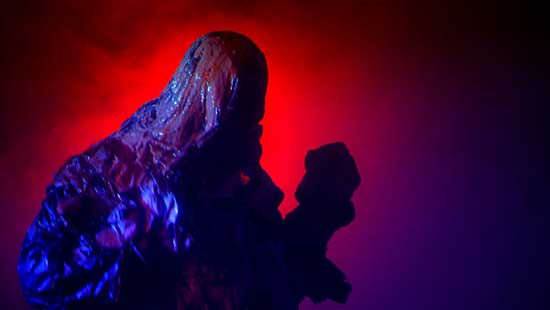 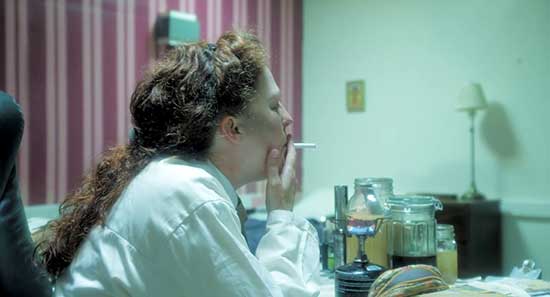 Soft Matter is obviously low budget right down to the special effects and the writing leaves a lot to be desired, but the execution of the film is what makes it so captivating. This movie is worth watching for the insane dance scenes alone in my opinion, but the over the top performances and comedic timing combined make it a surprisingly entertaining film.