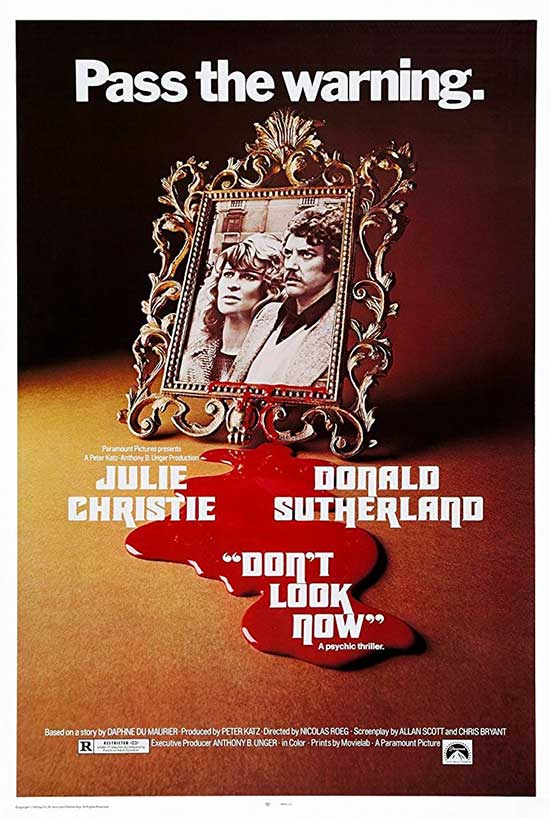 A married couple grieving the recent death of their young daughter are in Venice when they encounter two elderly sisters, one of whom is psychic and brings a warning from beyond. 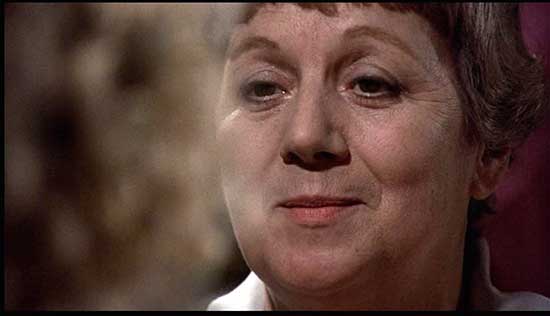 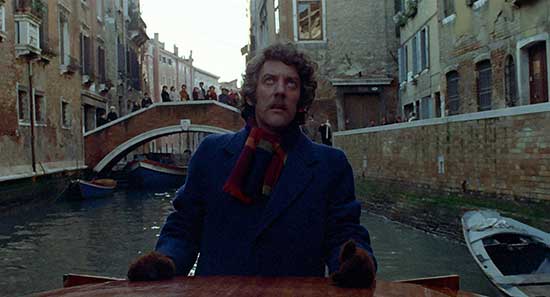 Don’t Look Now is sometimes a difficult film to follow, mainly due to the idiosyncratic visual and narrative style of Nicholas Roeg, but it’s worth the viewer’s patience in the end. It also helps to read the long short story by Daphne Du Maurier (who also wrote the novella that became Hitchcock’s The Birds), which I did years before first watching the film. Aside from the film’s intrinsic value on its own (which is pretty great), its visual and non-lineal narrative style has influenced many prominent directors, most obviously Sam Raimi (who copied Roeg’s famous disjointed, quick-cut editing style in several films) and David Lynch (who references one of Don’t Look Now’s weirdest scenes in his surreal, film noir masterpiece, Mulholland Drive.)

Dealing with precognition and possible reincarnation, this film starts out with a heart-pounding sequence depicting the accidental drowning death of a little blonde girl named Christine — the daughter of John and Laura Baxter, played by Sutherland and Christie, who both turn in brilliantly nuanced performances. Before the accident, the Baxters were a prosperous, upper middle-class couple living an idyllic life in rural England. However, Christine’s death has affected their marriage deeply and caused Laura to have something of a breakdown. They jump at the chance to get away and start fresh when John, a professional art restorer, accepts a long-term job to restore the artwork in an ancient church in Venice. 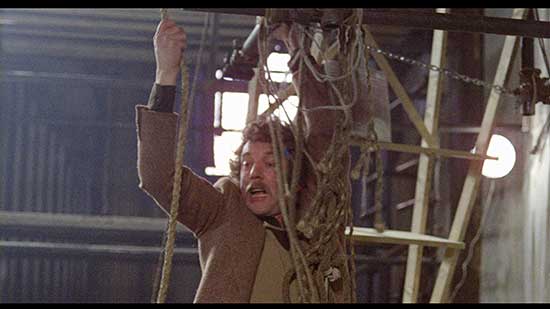 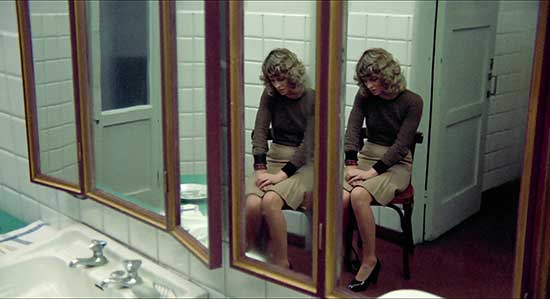 When the Baxters arrive in Venice, it’s December and they find a decaying city that is creepy, moldy, watery, and unsettling, all photographed brilliantly by director of photography Anthony Richmond (who also shot Candyman years later). To make matters even more foreboding, there is a serial killer stalking the city, who dumps his victims’ remains in the famous canals. As John sets to work at the church, Laura dabbles with two elderly sisters she meets at a restaurant, including one who claims to be a psychic.

At a seance, they try to contact Christine, but something goes wrong, and the psychic sister gets very frightened, telling Laura that John is in danger and they must leave Venice immediately. John, meanwhile, keeps seeing glimpses of a little blonde child wearing a red coat who resembles his departed daughter greatly. 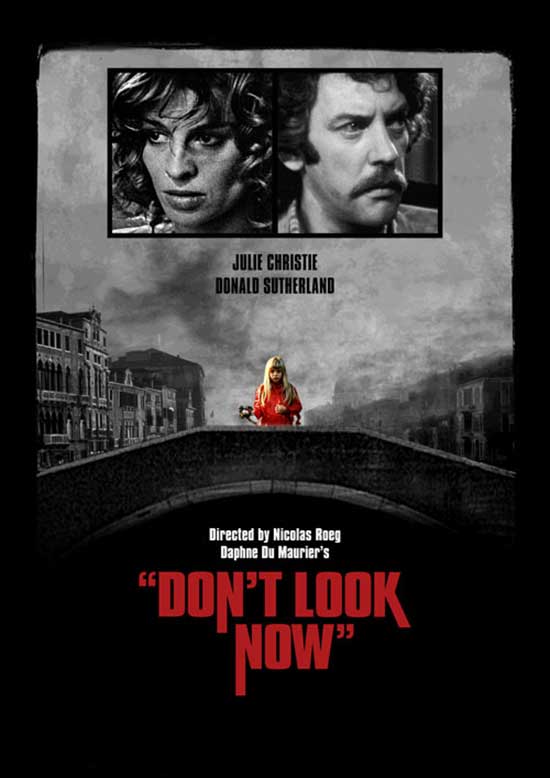 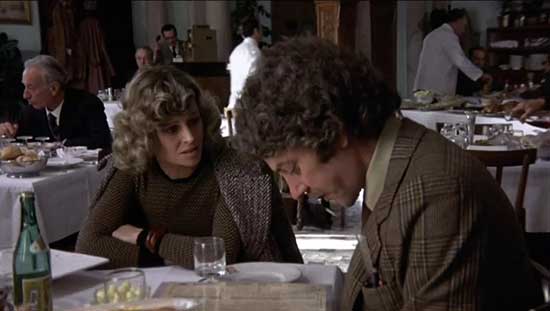 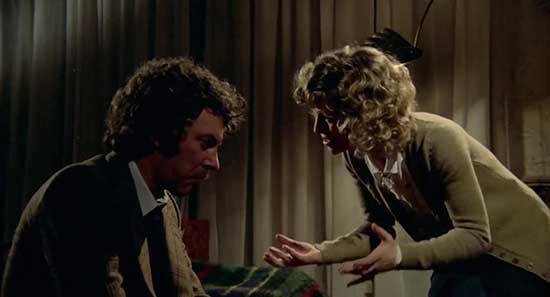 The great irony of the story is that while it’s Laura who dabbles in the paranormal, it’s actually John who has precognition abilities, which is subtly demonstrated several times over the course of the film. John, however, doesn’t realize that he has these abilities, and this ignorance leads to the final tragedy at the end – one of the most chilling, unexpected, and just plain WTF cinematic “reveals” in horror film history, outside of quality J- or K-Horror. This film is also famous for a long, explicit sex scene between Christie and Sutherland that was widely rumored at the time to have been the real thing. In 1999, the British Film Institute named Don’t Look Now the eighth-best British film ever made. 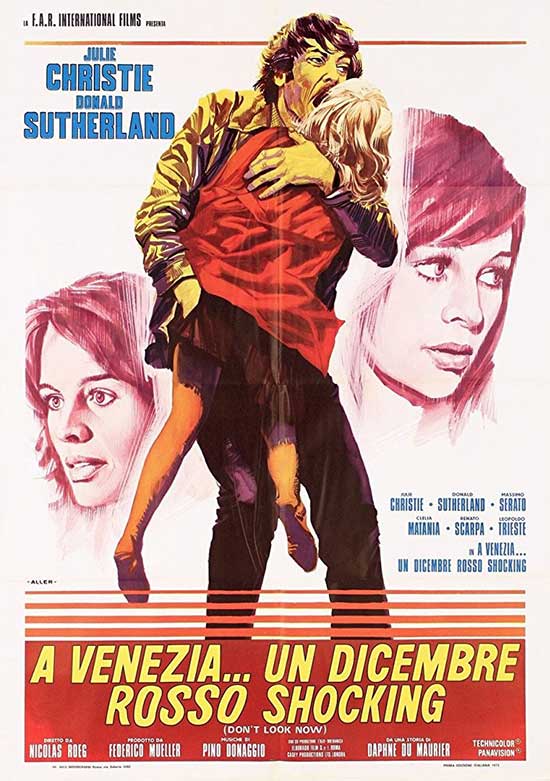 The baroque score by Pino Donagio (who also scored DePalma’s Carrie three years later)is as outstanding as the cinematography and acting. 9/10; on disc and streaming.