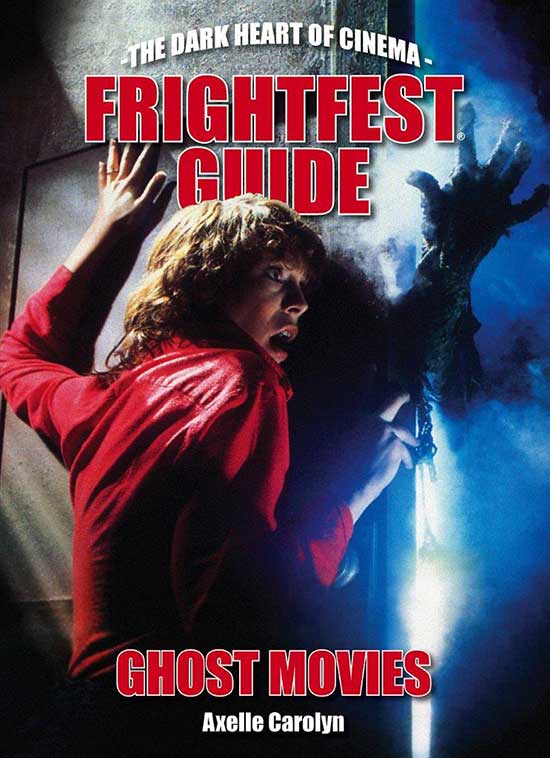 FrightFest and FAB Press once again join forces to launch THE FRIGHTFEST GUIDE TO GHOST MOVIES, which goes on sale during Arrow Video FrightFest 2018, Aug 23 – Aug 27.

This year’s FrightFest Guide is written by horror genre writer and award-winning filmmaker Axelle Carolyn, who has helmed an atmospheric bone-chiller herself – Soulmate, Axelle is well-versed in all things weird, wicked and witchy and her book surveys the last 120 years of the genre, reviewing 200 of the most memorable titles from across the globe. From timeless classics to recent blockbusters, quirky indies to international sensations, each of these movies has contributed to the development of the ghost movie as we know it.

Axelle remarked: “Ghosts have haunted me my whole life. Everything I’ve ever directed, from short films, to Soulmate and Tales of Halloween, has featured ghosts — they’re simply my favourite supernatural creatures. Ghost stories have been told for as long as humans have gathered around campfires, and their evolution on screen, from comedies to horror, is fascinating to look at”.

Lavishly illustrated, and enriched with anecdotes and critical analyses, this guide also features a foreword by Andy Nyman: the star, co-writer and co-director (with Jeremy Dyson) of acclaimed British chiller Ghost Stories, a love letter to the genre adapted from Nyman’s popular West End stage play.