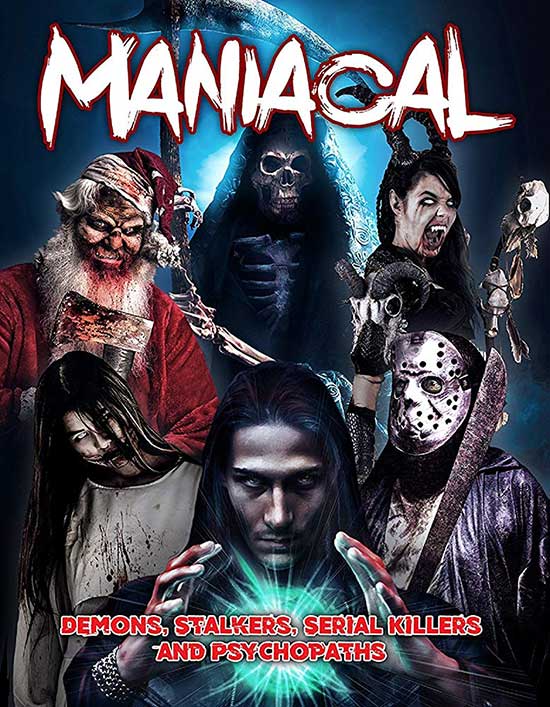 Maniacal is another in the line of independent horror anthologies put together by the fine folks at Trash Arts Films. What stands out right away about this one is the set-up: rather than just featuring film after film, or having a “host” in between segments to introduce each new story, Maniacal employs a wraparound that functions as its own story as well as incorporating bits from some of the others. As this story unfolds, we also get eight other creepy horror tales, presented by many of the usual suspects of the Trash Arts/Vestra anthologies, but with a few new names thrown into the mix as well. This British horror film officially made its premier back in September, 2016, but has just recently found a home on DVD. While some of the short films feel a little more like fragments than full stories, there is a uniform level of quality across the board, helping this anthology feel a bit more even than some others.

The wraparound story, written and directed by Jackson Batchelor, focuses on Wycock Manor, an old mansion full of legends and ghost stories. Terrence Broomfield (Phil Lyndon) has set up a scheme where he plays tour guide to allegedly haunted places, adding his own touches to make people believe what they’re paying for is real. As he walks his tour group through the house, he tells of the evil things that have happened there, leading up to a séance that would have had Houdini calling “foul!” But somewhere along the way, the scares that start appearing aren’t the ones Broomfield planted. 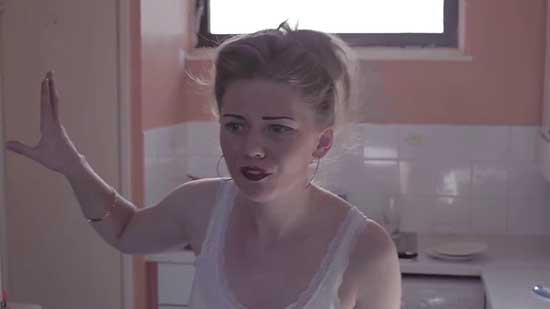 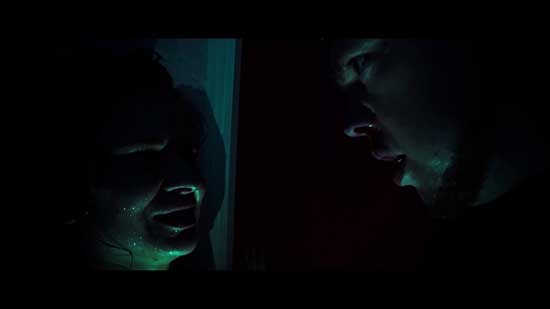 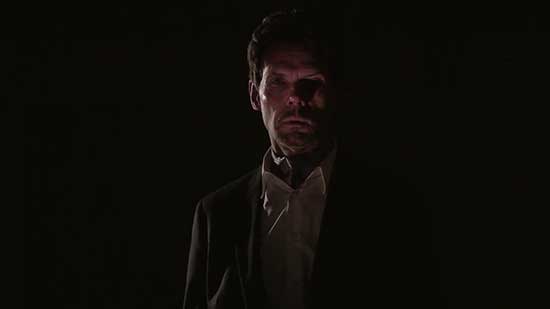 Gav Chuckie Steel (The Shadow of Death, Preternatural) wrote and directed “Monitor,” the first featured segment of Maniacal. A mom and dad think they hear voices coming through the baby monitor, so Dad checks it out, but there’s no one there. Later, Mom wakes up to what sounds like voices, so she runs to check on the baby. Again, everything is okay. The couple, frustrated by their lack of sleep, begin to argue, and of course that’s when they should be checking on the baby. Somewhat familiar idea, but that doesn’t take away from how creepy it ends up. Following that, we have “The Dark Eye,” written and directed by Sam Mason-Bell. While a woman does witchy stuff up in the attic, her mom and husband bicker. He husband seems to think he knows what is right for her, and is angry that anyone might think differently. He should know better, and he is soon shown why. Not a whole lot of story to this, but it sets a nice mood.

“All I Want for Christmas” brings a new twist to the evil Santa Claus trope. Written and directed by Wesley Skelly (My Digital Life, Footsteps), we open with a man looking at a stack of presents. He checks his “naughty & nice” book, then picks up the gifts and puts them into his bag. Then he moves on to a house where someone is still awake. This is definitely one of the darker segments of Maniacal, so it seems only fitting that it be followed by a slightly more light-hearted but still holiday-themed horror story. “Mannequin,” written and directed by Peter Goddard (Set Piece, Season of the Witch), turns back the calendar to Halloween, and we watch a man hand out candy to the trick ‘r treaters. One of his decorations, a creepy monster he put near the sidewalk, seems to be creeping ever closer to his front door. He puts it back where it was, but the next time he looks out, it’s completely disappeared. Somewhat predictable, but neatly done. 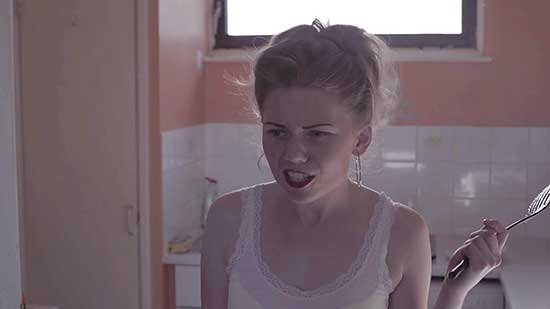 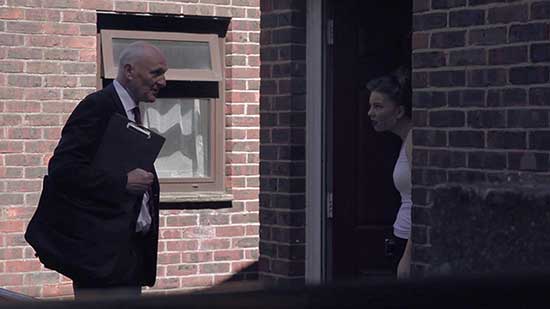 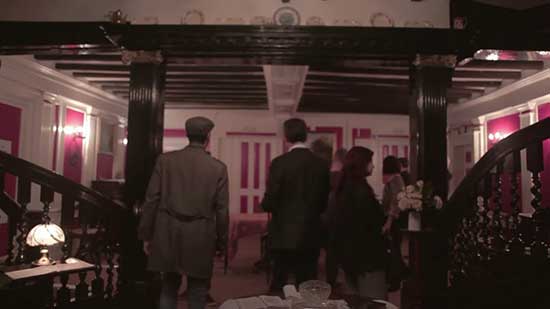 In Rob Ulitski’s “VR,” a man buys a used virtual reality headset. With it, he magically “transports” himself to clubs and parties and even into some hot and heavy sexual encounters. Suddenly, his display shows that a virus has been found, and he is face to face with a mysterious woman in a black mask. He turns it off and decides to try again later, and when he does, he finds his “virtual reality” full of people who despise him, insult him, and spit on him. And then it gets worse. This story is slightly reminiscent of Scott Stewart’s “Christmas” segment in Holidays, but it takes a different turn that sets it apart, not only from the aforementioned segment, but as one of the better shorts in Maniacal.

The movie ends with a series of three segments that are all nicely done, but don’t necessarily stand out much from the group. “The Housing Officer” by James Atkins (Zombeez, How I Ate Your Mother) has a man stopping by one last apartment before calling it a day. He has been called to check out complaints about a woman, and when he arrives, her baby is crying and she is far less than hospitable. In “Deadbolt,” directed by Rachel Stephens (Vampire Wedding Planners, Losing Face) and written by Stephens, Ben Grace, and Georgina Morgan, we are thrown into a tense situation, with a man and woman who have locked themselves in a bathroom for their own protection. Someone beyond the door has their friend and is making threats and trying to get in. This segment has a decent amount of tension but is a little short on story. And finally, we have the slightly disjointed “Imprinted Memories” by Sam Mason-Bell. A guy in a mask is following two women, and they all end up in a dance club. From there, things get confusing: Are we seeing memories, as the title might hint at? Does the POV change? It’s hard to say for sure, but it does manage to convey a feeling of unease, despite the confusing storyline. 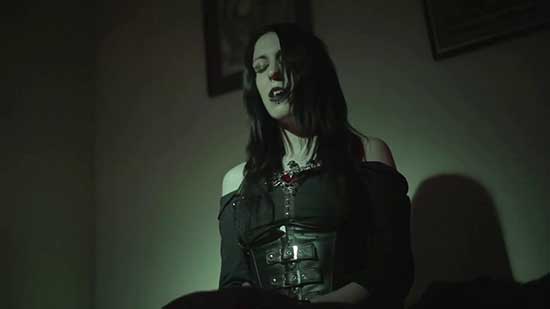 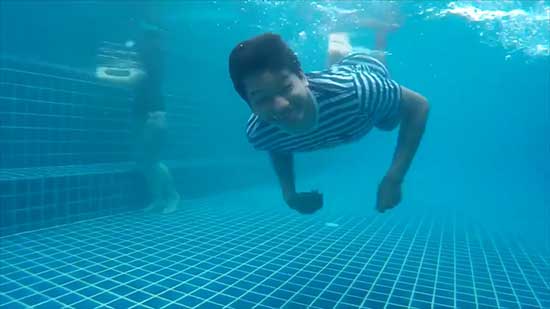 Maniacal is one of the tighter horror anthologies sent over to us by Trash Arts and company. As mentioned, it feels more even than some of the others, with a good story weaving its way throughout the whole of the anthology. None of the individual segments feels of lesser quality than the rest, either in content or in technical quality. As nice as it can be to settle in with some filmmakers we’re familiar with, it’s also nice to find new ones and check out their work, and this one has a good mix of both. Maniacal represents what a well put together, independent horror film can be, despite the lack of budget or star power.