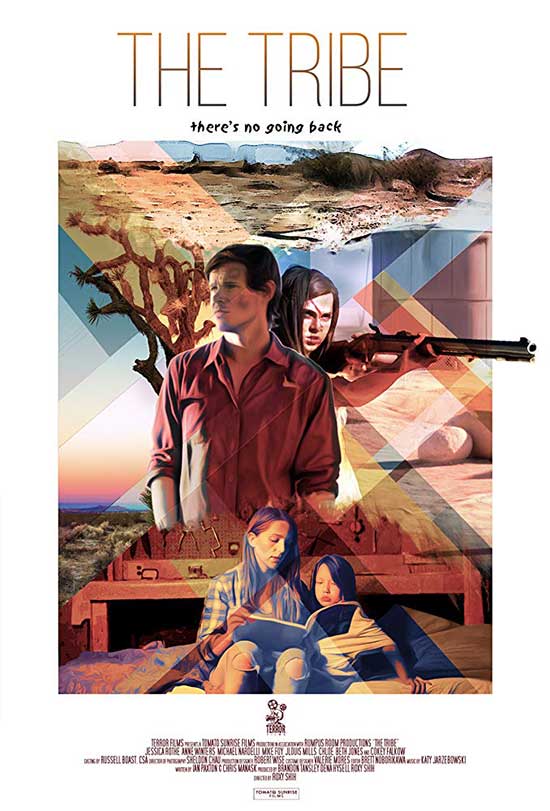 A family of three young sisters live out their days after a pandemic has consumed most of the known world. One day a stranger suddenly shows up and their world changes in ways they never could have imagined.

I think the way the female characters in The Tribe are presented is remarkable, so it was no surprise to learn that the film was directed by a woman, internationally acclaimed Taiwanese-American producer and director Roxy Shih. Shih has just completed the upcoming drama Painkillers and has also directed several episodes of the TV series Dark/Web. The Tribe was written by Ian Paxton and Chris Manask who also worked together on the short film The Missing Piece (2009).

The Tribe tells the story of three sisters who have somehow managed to survive on their own for years following some sort of catastrophic event that caused widespread illness that appears to have killed everyone but them. Exactly what happened is never explained, but whatever the sickness is causes your hair to fall out, hinting at possible radiation poisoning. Flashbacks show that the girls’ mother left, supposedly to find help, but never returned. When their father becomes ill and realizes he can no longer take care of his daughters, he takes his own life, leaving the sisters to fend for themselves. Luckily, their father had built an extensive compound around their house that included an underground bunker and supplies like food and water. I’m not sure how the girls were able to survive for what was obviously several years, based on the flashbacks of when their father died, but the story and characters are certainly intriguing enough to overlook this plot point.

The oldest sister, Jenny, is played by Jessica Rothe, seen recently in the hit horror movie Happy Death Day. I thoroughly enjoyed Happy Death Day and Rothe is also impressive in The Tribe. Jenny has taken on the role of their absent mother and has raised her sisters Sarah (Anne Winters) and Danika (Chloe Beth Jones) to be strong, yet fearful. Danika is the youngest and is mute and also appears to be showing signs of the mysterious illness that plagued the world as they know it when her hair begins falling out. Despite the fact that Danika has no dialogue in the film, all three actresses give noteworthy performances, but Anne Winters really shines as Sarah in the final act. 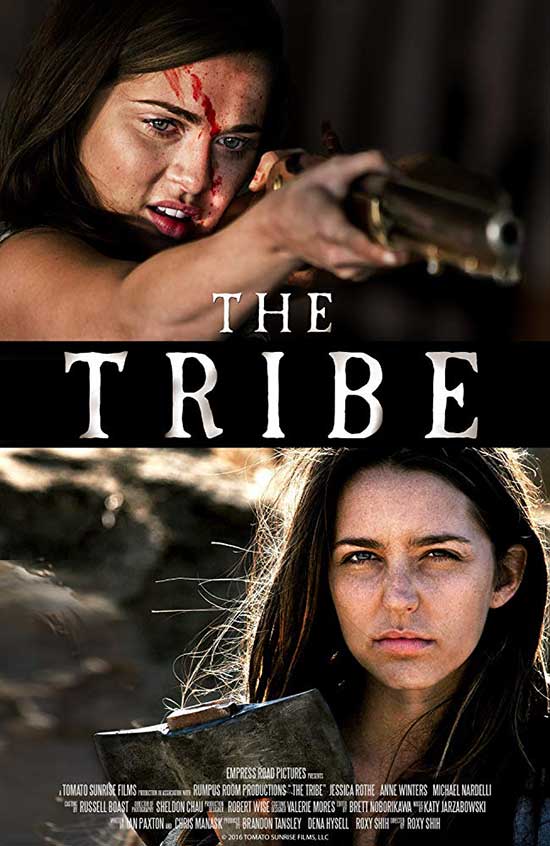 The sisters have been living in isolation in what appears to be the middle of the desert for years and assume that they are the only people in the world who survived the strange illness. They are surprised when one day Ryan (Michael Nardelli) appears out of nowhere and begs them for some food and water. Sarah threatens to shoot him while she and Jenny frantically tell him to leave. Ryan seems friendly and reacts calmly to their threats, but if you ask me, anytime a stranger shows up looking a little too clean cut in a post-apocalyptic movie, it is never a good sign. Jenny gives in to his charming personality and feels sorry for him, so she tells him he can stay for dinner, which eventually turns into him staying for a couple of days.

Sarah doesn’t trust him and I don’t blame her, but little Danika seems to like him and begins behaving oddly. Despite an obvious attraction between them and Jenny’s increasing sense of trust towards Ryan, The Tribe does not include the obligatory sex scene or love story. It’s refreshing that this film refuses to rely on the usual gender tropes and doesn’t require any type of romantic relationship for men and women to coexist in the story. 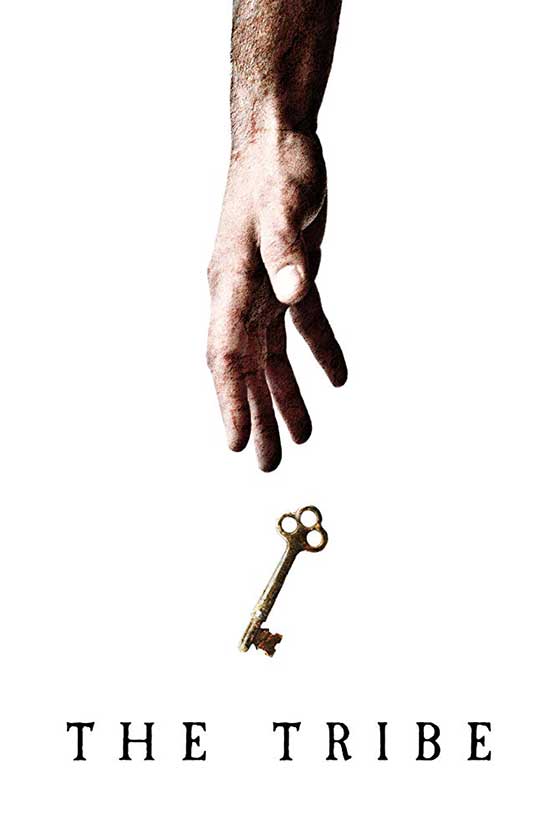 Eventually, the sisters discover that Ryan has been lying to them and they realize there are other survivors out there who may or may not have the best intentions. The story touches on spirituality towards the end, but I feel the idea could have been explored further. Ultimately, the film ends in tragedy, although a lot is left up to the interpretation of the viewer when the final credits roll. The cinematography is striking throughout the film. Overall, The Tribe Is a slow burn, so patience is required, but the film offers an original story with outstanding performances.