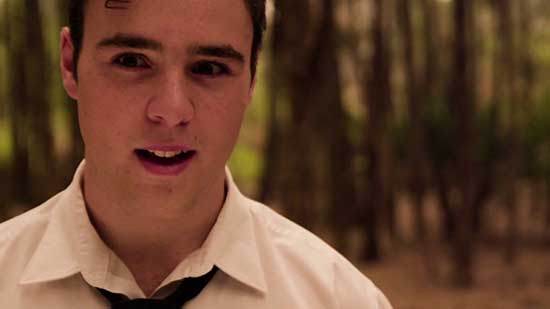 After a night with the girl of his dreams, Michael has a story to tell. And a favour to ask.

More short films, kiddies! Today we have TWISTED, a short film from Australia written by Georgia Symons and directed by James Hartley and James Shepherd.

Michael (Claudio Trovato) has had a very strange night. He is skipping school with his friend (never seen or heard, but the camera provides the friend’s POV) to talk about the events of the previous evening. He also requires his friend’s help, a point he gets to later in the tale. 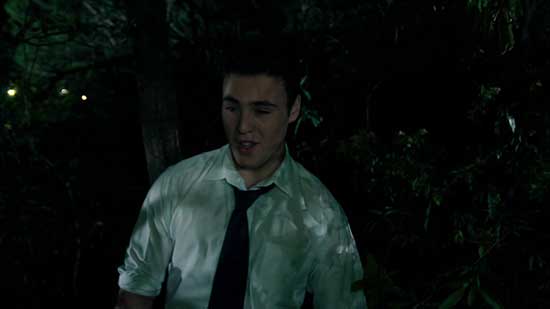 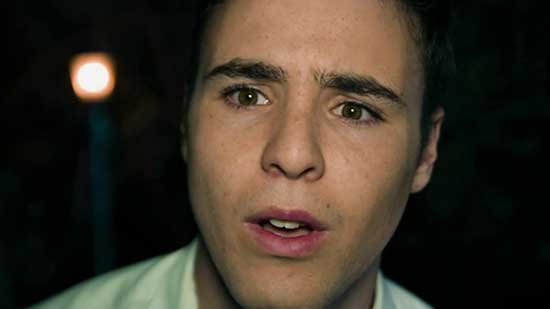 Michael is the only character that speaks. He starts by talking about visiting a girl he fancies named Kayley (Laura Fairclough). As he relates the tale to his friend, everything is told in his own voice. So when Kayley speaks, her lips move but it’s Michael’s voice that comes out.

As the story progresses, the film takes on a sort of “black box” feel – stand alone props and partial sets randomly appear to illustrate the tale. This is  a monologue delivered by one character.

The end credits copyright the film to the Australian Theater for Young People and something called The Voices Project. So I am geussing that this was originally a stage monologue and was adapted for film.

Mr. Trovato is extraordinary in this film. He carries the whole story, his voice and acting ability the only way to really feel what the character is expressing. I couldn’t find much of anything else listed for this young man in the way of professional credits, but I do hope he continues to pursue the acting art.

Using my special short scale of one to five, five being awesome, I’m giving this film 5 stars.