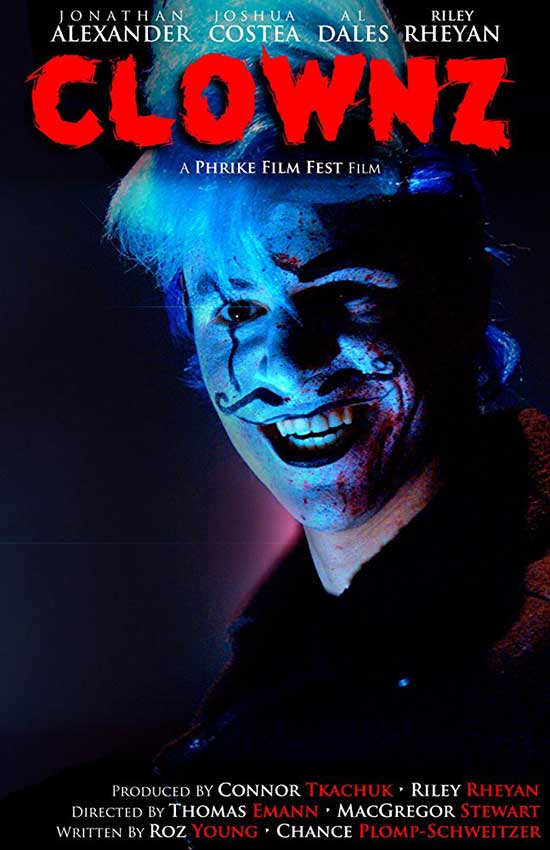 When Jay, an editor’s son, is sent on an errand, his worst nightmares start to come true. Through increasingly terrifying events, the son can’t tell whether he’s imagining things or if it’s real. After protecting himself, he drops his guard when he encounters security. He is safely led back, until his fears start to seem real again.

More short films, kiddies! Today we have CLOWNZ, a short film from Canada directed by Thomas L. Emann. This film was an entry in the Phrike Film Festival 72 hour film competition.

I have known a few people who have done projects for similiar competitions and its always a challenge to create something cohesive and have it completed in time. I don’t know how cohesive this film is as such, but its a fun suspense story. You don’t know what’s real and what isn’t, which makes it all that much more fun to watch.

So Jay (Joshua Costea) is bored out of his mind. His dad (Al Dales) is editing a music video for a new rap act made up of clowns. And it’s apparently taking forever as Jay is sound asleep as our story begins. Well, dad gets annoyed and wakes Jay up to send him off for coffee.

Off Jay goes to find the kitchen and starts to see….well, clowns. In the corners, in the dark, hears them laughing. Obviously our boy is afraid of clowns. Good thing he runs into the security gaurd (Riley Rheyan) who escorts him back to the editing suite. 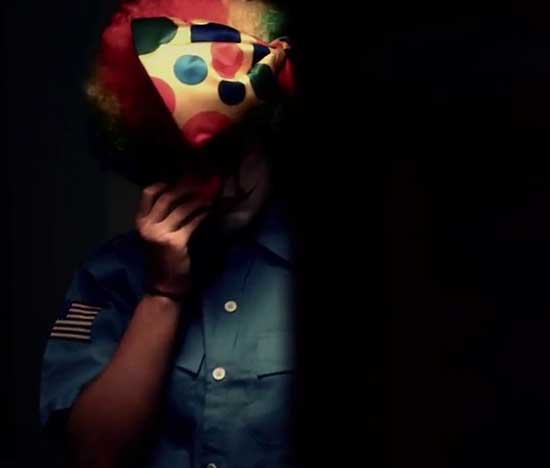 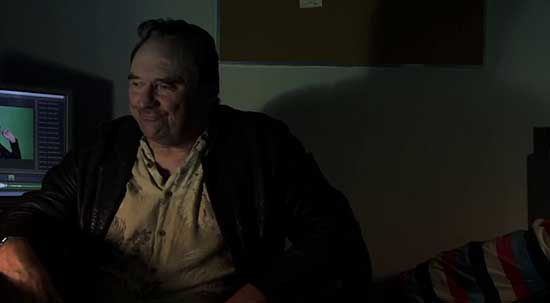 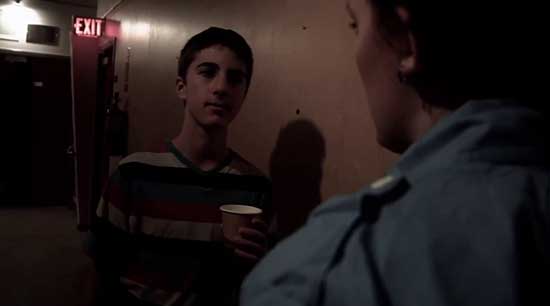 Now I’ve spent many a night in an editing suite and I can tell you from experience that its VERY boring, and super exhausting. Especially if you’re not the person editing. So dull.

The cast all seem to have extensive IMDB listings, with many skillsets shared by all. You may recognize some of them if you watch a lot of Canadian television, I would imagine.

Using my special short scale of one to five, five being awesome, I’m giving this film 3 clowns.