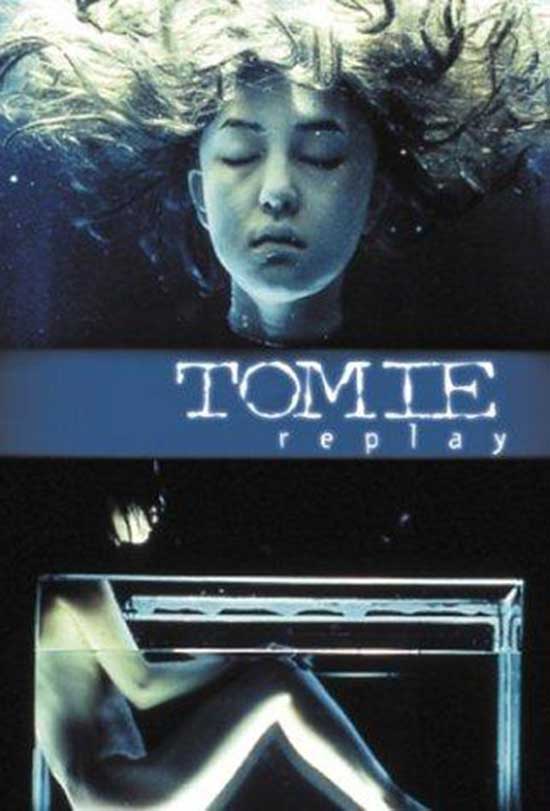 A young girl looking through her father’s notes finds something written about the last experiment he worked on before he went insane. Everything looks ordinary until the name “Tomie” begins appearing throughout the notebook.

The regenerating she devil is back once more in the third installment of the nine-part Tomie series directed by Tomijiro Mitsuishi.

Taking place in a surgery room, Tomie : Replay jumps straight into action with regenerated Tomie’s  head being removed from inside of a little girls stomach.  Soon after all the staff involved in the operation either quit, go missing or kill themselves. The hospital director’s daughter Yumi (Sayaka Yamaguchi) sets to find out what happened to her father, with her only lead being a blood-soaked diary mentioning a monster called Tomie (Mai Hosho). Meanwhile a young patient called Fumihito (Yosuke Kubozuka) comes across the said monster himself as Tomie gets her deadly hold on his friend Takeshi (Masatoshi Matsuo). 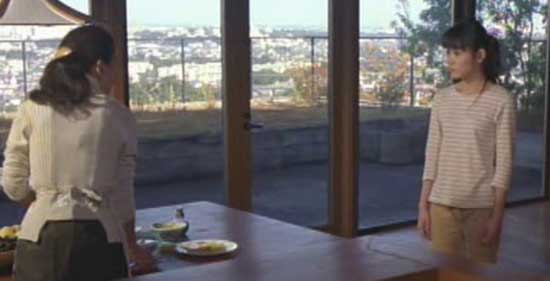 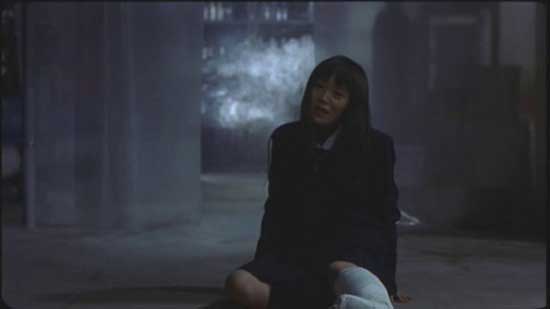 Tomie : Replay is the first Tomie film I’ve ever seen and therefore I have no clue as how it compares to the other films of the series and could only judge it based on how it compares to the source material.  As a major fan of Junji Ito’s comics I have avoided watching any films based on his work for years.  I found it hard to imagine anyone being able to do justice to the dark and sinister world Ito has created in his literary work and suspected that any film adaptation of his stories would only infuriate me. Despite this, I tried to keep an open mind while I delved into my first cinematic Ito experience and more importantly, keep my expectations low.

The main premise of the film has been borrowed from two different Tomie stories; Morita Hospital and Basement.  In them Tomie regenerates inside a young girl after one of her kidneys has been given to her as a transplant. A medical marvel of this calibre naturally calls for more research and so the monstrous growth ends up in the hospital basement to be experimented upon.

All these elements are present in the film, although the experiments on Tomie’s rejuvenating abilities are merely referenced in the film through Director Morita’s diary and the girl with the freakish kidney transplant is also left as a relatively small side note to the story.

Instead the film introduces two new characters, Yumi and Fumihito (while a character called Fumihito is present in the comics, he and the Fumihito of the film bear very little resemblance), both of whom have been affected by Tomie’s seductive powers and are desperately trying to make sense of the situation. While this differs from the comics quite wildly, it works as a driving force for the film rather well. I felt that the story moved along at a good pace and at no point did I become bored with it. 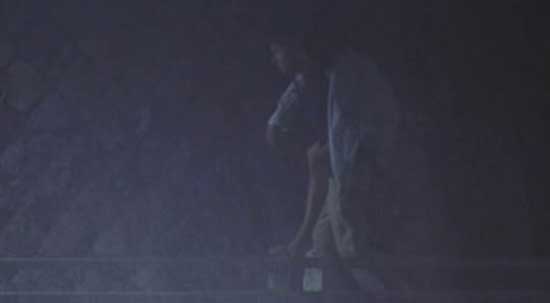 I do however have two major criticisms; firstly, the distinct lack of the titular character. The film’s main focus is Yumi’s and Fumihito’s search for answers, which as said, does drive the story forward, but unfortunately also takes up a lot of screen time away from Tomie. For such a unique and alluring horror character not to be seen more is a real missed opportunity and without her, it is impossible for the film to live up to the twisted world of Junji Itos comics. Mai Hosho does do a decent role as the demon temptress, but as her screen appearances are so few and far between, she could have pumped up the insanity even more.

Secondly, while the film does have couple of gory scenes, I felt it could have done with a lot more. The character of Tomie, with her powers to regenerate from even a drop of blood, offers so many wonderful opportunities for the most fantastic body horror and goriest of kill scenes that not to take that opportunity just seems foolish. Maybe this was a budget issue or just an artistic choice by the director, but I could not help to think of John Carpenter and what he could have done with this material. I found the end scene with its horrific sound effects especially reminiscent of Carpenter’s The Thing and I did wonder whether it was an intentional nod towards the 1982 sci-fi-horror hybrid. 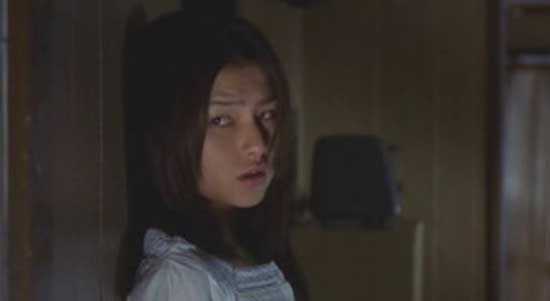 If you’re a fan of Junji Ito, but like me, have been hesitant to explore his adapted works, Tomie : Replay is a fairly safe place to start. It’s not a master piece by any means or an exact copy of the source material, but a solid little horror film that managed to keep this horror fan entertained on a rainy afternoon.