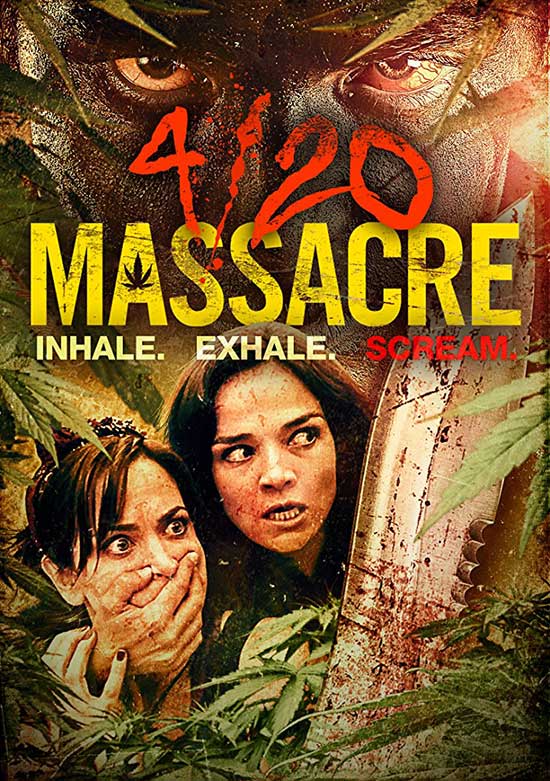 A group of five women go camping in the woods to celebrate a friend’s birthday over 4/20 weekend. But when they cross the turf of an illegal marijuana grow operation they must struggle to survive the living nightmare.

I have to admit that I take a certain amount of sadistic pleasure in mentioning Adolf Hitler’s birthday in connection with every stoner’s “Earth Day” when said stoners are giggling over the whole 4/20 thing. Saving the rant about stupidity for another day, I rarely find any of my victims are aware of the connection, and they often sober up for a few minutes until a reflection distracts them, sending them back into Smokey McDope’s Lair of Oblivion.

They just can’t handle their weed like us old farts. 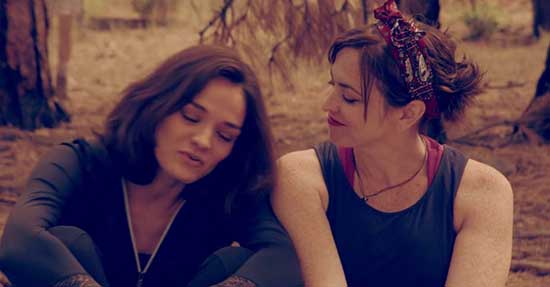 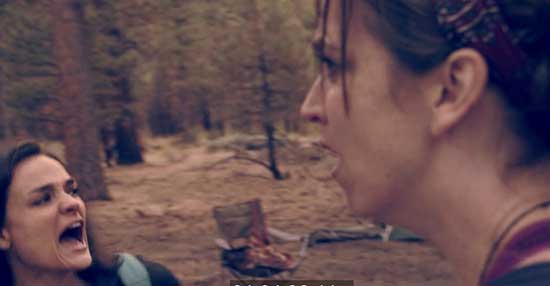 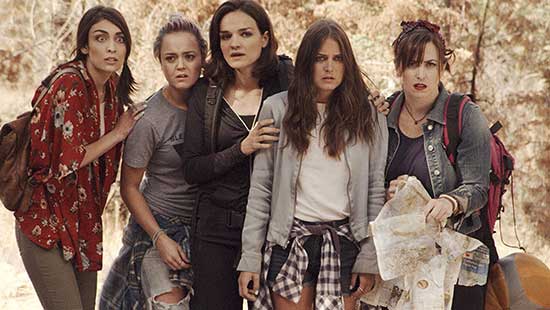 The film up for discussion today also makes a point of mentioning Hitler’s birthday, as well as Bay of Pigs and Columbine (demerits for trying to tie in the OKC bombing which took place on 4/19/95). Just casting a bit of darkness on a “high holiday” makes this film a touch sweeter than it already is.

“4/20 Massacre” starts out with a couple of lunkheads looking for a hidden pot farm on government land. We listen to them yammer at each other until the green oasis is found. Swiftly, one starts gathering bundles of weed as the other samples some seriously green buds. Before the dude can even savor the flavor, a large figure in a ghillie suit (Google it if you’ve never played Modern Warfare) pops up and rather graphically slices the stoner’s throat.

When the nervous-Nellie friend with the dope finds his dead friend, the chase is on.

Cut to our five main characters. They are a group of loosely-connected friends who are celebrating one woman’s birthday by revisiting the old federal campgrounds where birthday girl and her friend used to have their camping adventures as children. You have the aggressive business woman, her intended prey for the weekend (who breaks the cliched image of the whiny white chick who hates nature), a stoner girl that no one seems to really like, a nervous and likeable lady who plans on revealing her true feelings to her best friend, and, finally, that said best friend who is also the birthday girl. Fairly standard character types but each pack their own weird baggage so that they feel real enough. 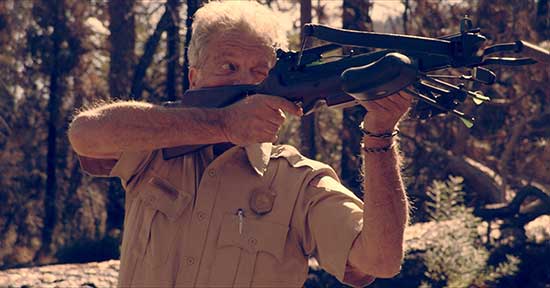 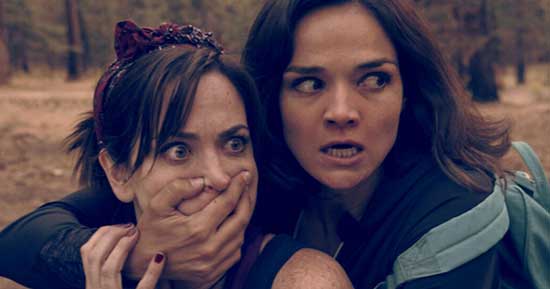 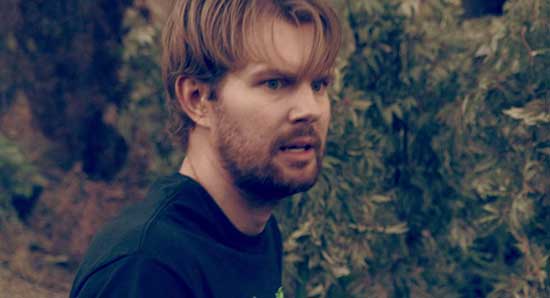 As they hike out to the campsite, they are greeted by the park ranger named “Ranger Rick”. Kudos for working that reference into the film as well as displaying a nerd pedigree. Anyway, Rick plays the cliched Voice of Doom character by warning the girls to avoid the hills as there are guerilla growers running pot farms out there. He drives the point home more than once. Hmm. Wonder if that might be a plot point. (Duh.)

After watching the women walk for a few minutes, they are met by the surviving lunkhead from the beginning of the film. After a bit of interaction, he thrusts the backpack full of stolen pot into their hands and runs away, shouting that the pot is their problem now. Not long after that, the hulking killer catches up to the guy and provides an even more nasty kill to the film’s body count.

Our group finally reach the campsite and set up. At 4:20 pm, the stoner chick passes around her monster bong loaded with the stolen pot. All but the birthday girl partake. Then the characters all head in different directions. You know what is coming as nothing good comes from splitting up your party. Or from smoking dope. Well, in a horror film, that is. 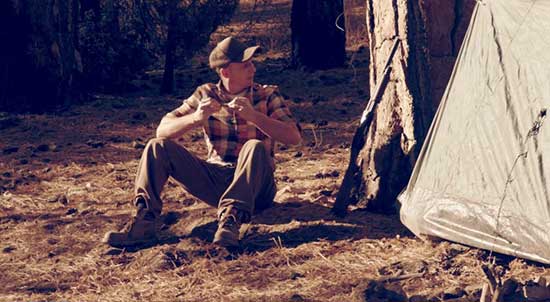 “4/20 Massacre” manages to take a fairly basic premise, lace it with some female characters who are more real than most of their horror film brethren, and twist it up with some unusual, and graphic, kills, then lights it up with a subtle dose of humor.

At the risk of bordering on political, I’d like to give the film credit for the support behind the scenes by a couple of the actresses as well as for giving the female characters some depth, both intellectually and emotionally. Too often with lower budget films, the writers tend to fall back on cardboard clichés just to get the script written and the production in gear. While this isn’t intended to be Oscar material, “4/20 Massacre” brings a sense of hope for expanded opportunities for women both in front of and behind the cameras.

If you have access to this film, give it a hit. It may not be Skywalker OG, but it should definitely create a buzz.

P.S. I would apologize for all the drug puns, but I’m too busy giggling about – Ooh, Doritos sound sooooo good right now.