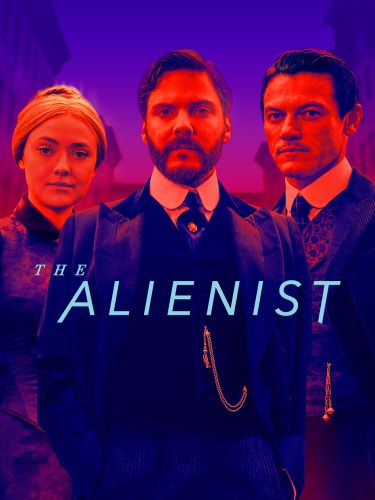 “The Alienist” is a limited series based on a Caleb Carr novel of the same name. The story centers around criminal psychologist (once known as an “alienist”) Dr. Laszlo Kreizler and his work on a horrific case of child prostitute murders in 1896 New York. With companions – newspaper illustrator John Moore, police secretary Sarah Howard and twin detective sergeants the Isaacsons – Dr. Kreizler works through the complexities and intrigue to get to the bottom of this disturbing case.

Long before it’s debut on TNT I was determined to love “The Alienist”, after the first couple of episodes I was afraid I was going to be severely let down by the end I was in fact, in love. If you’ve read some of my other reviews you may remember that aside from a horror tv addict I am a theatre costume designer. I spend an inordinate amount of time studying the clothing and settings of various time periods and I take the craft (costumes, sets, props etc) of any production very seriously. I have abandoned otherwise great shows because something was out of place in the production quality. Being that “The Alienist” was the most expensive series ever created by TNT I had high hopes for the quality of a representational 1800s New York. My hopes were fulfilled in this regard instantly and continuously, it took a bit of time for the rest of the series to catch up to the excellence of the production. 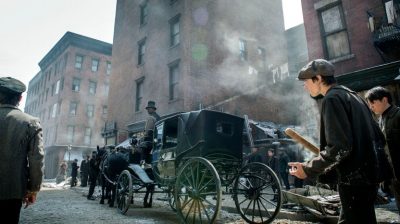 The series opens with the gruesome discovery of a mutilated boy prostitute on the unfinished Williamsburg Bridge. It falls upon troubled newspaper illustrator John Moore (Luke Evans) to record the horrific scene and alienist Dr. Laszlo Kreizler (Daniel Brühl) to figure out the who and why. With an unexpected ally in the first woman to serve as secretary to the police commissioner (Dakota Fanning) and the often light relief duo of sharp-minded, Jewish detective brothers  Marcus and Lucius Isaacson (Douglas Smith and Matthew Shear) the team work to unravel this sinister mystery before more horror can be unleashed. With a rich cast of supporting characters including none other than a young Theodore Roosevelt (Brian Geraghty) who was New York Police Commissioner at the time, Kreizler’s silent housemaid Mary Palmer (Q’orianka Kilcher) and bodyguard Cyrus (Robert Ray Wisdom) as well as several feisty street boys (who, I have to say, are all brilliant actors for their age). 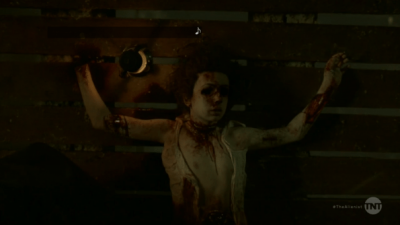 The Alienist had a bit of a rough start, nothing seemed to quite gel at first. Though the series boasts an illustrious cast it seemed to take several of them a bit of time to feel comfortable in the 19th century with their particular character. While the sets and the costumes are breathtaking the people fumble about them a bit, in the beginning, disturbing just a bit of the magic. Though intriguing from the start the gruesome nature of the crimes are incredibly jarring when you are still trying to get into the flow of the story and characters. By the third episode, however, just about everyone in the cast has hit their stride, bonded with the glory of the production and found the gist of their character. The only actor that never quite sold me all the way was Dakota Fanning, unfortunately, she always appeared slightly flat in a role that had a chance to be deep and complex. Whereas Daniel Brühl’s voice is the absolute perfect sound for  haunting turn of the century mysteries (seriously wish he would be recorded reading every grand Victorian novel ever written) and Luke Evans has the ideal countenance for a tortured artist of the 1800’s, Dakota Fanning provided nothing remarkable to her character. 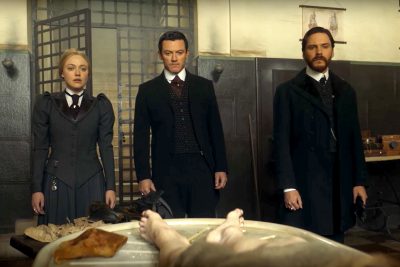 As previously mentioned the street kids throughout the series are incredibly talented actors, playing a convincing 19th-century gender-bending prostitute at a young age involves serious acting skills. Other boys playing the old street urchin trope manage to do so without any Oliver Twist hokiness, rather they invoke tenderness and concern. Speaking of hokiness, there is a tad. Every so often when the Isaacson brothers have a scene you almost expect a song to break out, they lend a bit of a showy, musical quality to the story without there being any hint of music anywhere. Their witty banter and fun chemistry does provide a bit of a much-needed break from the grim heaviness of the rest of the story, but also wears thin at some points. They never ruin anything about the series but they also never quite make it either. A slew of both crooked and upstanding cops, as well as a plethora of interesting upper and lower class characters all have an intrigue about them, I found myself wishing that I could know the story of almost every character that has a moment on screen. 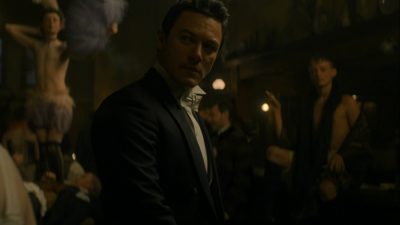 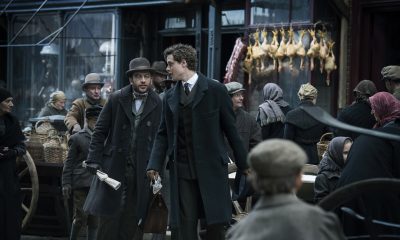 The Alienist deserves a good deal of praise for unflinchingly tackling hefty issues that may seem like modern troubles but in fact are age-old problems. A major plot point of the story issue is related to police corruption and brutality, aside from the unknown madman mutilating children the actual antagonist of the story is a twisted, bought and violent pocket of the police force. The former NYPD Police Commissioner Thomas Byrnes (Ted Levine) and the beleaguered Captain Connors (David Wilmot) fight the protagonists at every step for their own misguided gain, all while playing on ideas of good guy vs. bad guy, violence vs. keeping the peace, being bought vs. doing the right thing all while feeling like they are in the right. Another major issue highlighted in almost every episode is the massive topic of gender equality as well as transgender issues. With the character of Sara Howard, there is a focal point for the burgeoning suffragette movement and the general shift in ideas about the abilities of women. While not deep delving into transgender issues it does spend a bit of screen time portraying some element of the struggles that a transgender person faces in society to this day.

There is a decent portion of the story devoted to the age-old conundrum of nature versus nurture, are we born with our monsters or are they handed to us? Kreizler and Co tackle this one a fairly frequent basis. Of course, the center of the story is all about mental health, and there is no shying away from various mental illness and troubling scenarios that can cause or trigger the worst cases. Further, there is a constant play on the difference between those with money and those without, you may get a little shake with the realization that while these contrasts play our perfectly against the backdrop of the late 1800s they are still true, relevant and topical today. Perhaps, though,  the topic that The Alienist handles most eloquently is that of white privilege and the societal blindness this entails. Dr. Kreizler has a few sobering moments, one involving Joanna (Brittany Marie Batchelder) the niece of Cyrus and several with Cyrus himself. The Doctor learns or at least begins to see, the deluded protective bubble of privilege in being a “nice guy” while still failing to notice hard truths happening all around him at any given moment. That being said, I think there could have been several more black characters in the story to highlight these points and to accurate diversify the general population of the setting. 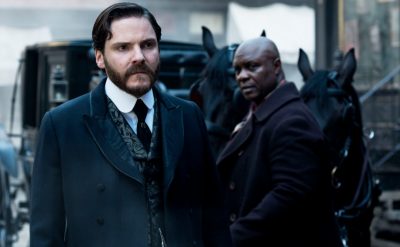 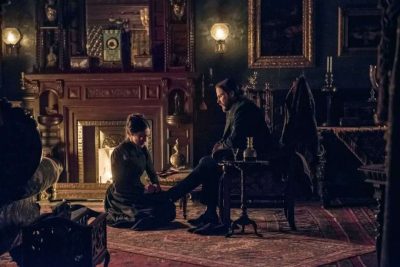 As you may suspect you get the usual dose of unrequited love, friendship squabbles, character tropes (stuffy, regal old white lady that always comes off seeming like a Disney villain no matter how live action of far from Disney the production maybe), fair character development, drunkness, boobs, surprise deaths and general human drama that you find in any decent show. Sometimes it’s comforting to stumble on to something familiar, like an age-old stereotype or plot device, while inside of the often heavy and gory story. For all of it’s faults I ended up being fairly, madly in love with the series as a whole – early fumbles, flat Fannings and all. I do hope that, though it was shown as a limited series, there is a chance for the cast coming back to unravel more tales of dark mystery and relevant social issues. Though The Alienist originally aired on TNT in early 2018 it is now available for streaming in its entirety on various services.