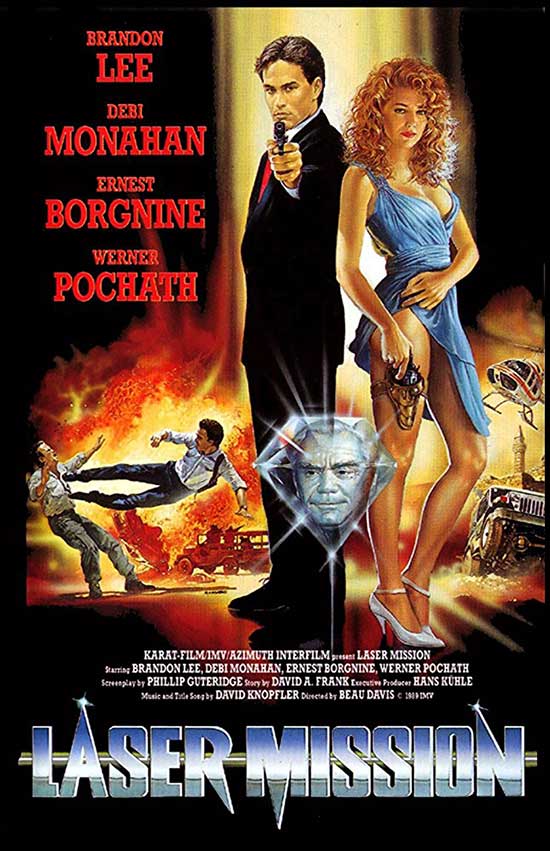 Mercenary Gold is sent from the CIA to seize the laser expert Braun in Cuba, before the KGB catches him. A recently stolen giant diamond could be used together with Braun’s knowledge to construct a laser cannon which could bring power over the whole world. Who will succeed: CIA or KGB – or none of them?

One could argue that Brandon Lee, son of martial arts legend Bruce Lee, was on the cusp of superstardom when he was killed during the filming of The Crow. If the movie was anything to go by, he really had all the tools to become a big name in Hollywood. However, like a lot of actors and actresses, he had made a few B-movies while trying to get his big break. Some of those movies, like Laser Mission, weren’t the best examples of what he was later capable of. 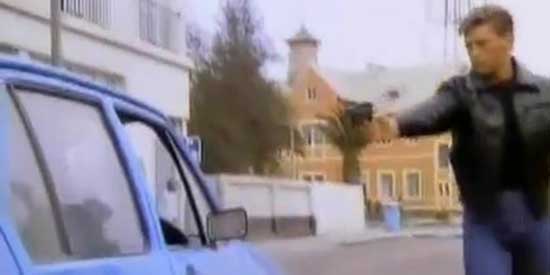 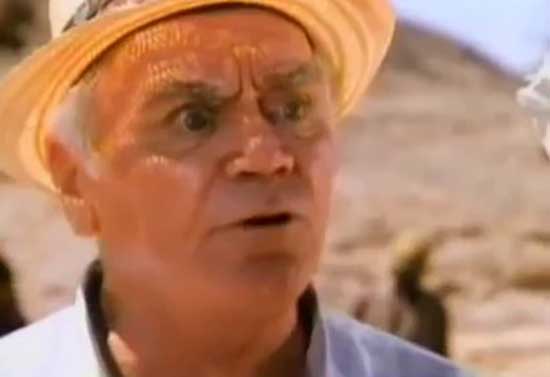 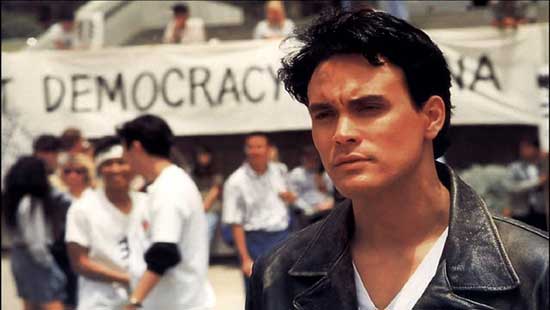 Laser mission centers on Michael Gold (Brandon Lee), a man who does freelance work for the CIA. He’s been tasked to retrieve a scientist from a communist country and bring him to America. However, things quickly turn a turn for the worst when some communist agents knock Gold out with a sleep dart and kidnap the scientist. The Soviet Russians want the guy because they want him to build a laser weapon that could tip the delicate balance of the Cold War to their favor. Gold then is tasked with finding the scientist, rescuing him, and bringing him to safety while avoiding the dozens of enemy soldiers hunting for him.

To list all the problems with Laser Mission would require me to write a review that’s almost as long as a novel, so I’ll just start with the “highlights”, such as they are. First, the film is tonally inconsistent. A lot of the actors, including Lee, are playing it straight, yet there are a loot of goofy attempts that makes you wonder what they’re going for. Are the filmmakers trying to go for a serious action movie, or are they trying to make some kind of action comedy? It’s hard to tell what Laser Mission is trying to be, and half the time it’s like the people behind the camera aren’t sure either. It seems to switch tones one moment from the next. It creates this sense of dissonance that only serves to take the audience out of the story. Not that there really is a whole lot to keep anyone invested anyways. 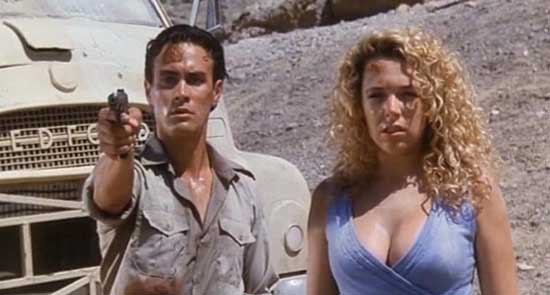 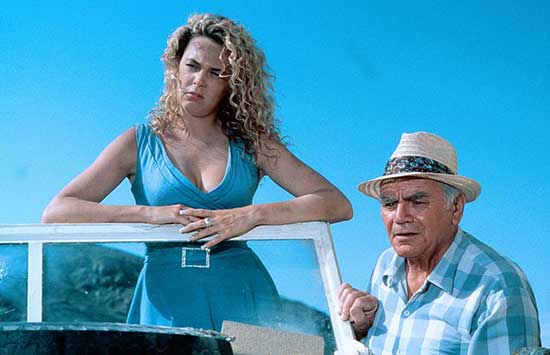 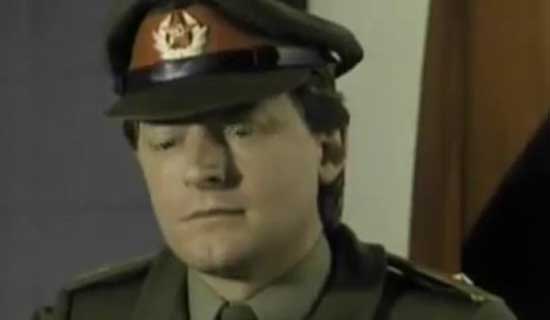 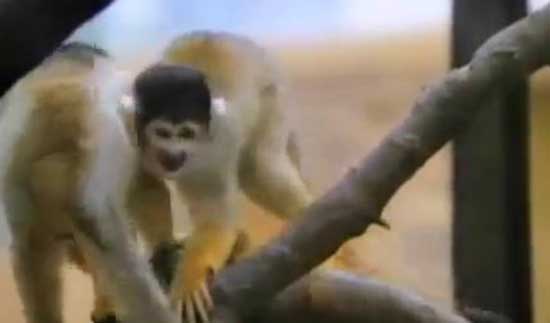 Adding to the film’s numerous problems is the fact that it doesn’t really establish where the heck it’s taking place. At first it seems like it’s taking place in Cuba (with white people using makeup to look Cuban), and then it seems like it’s taking place in Africa even though it has a lot of the “Cuban” soldiers working with the Soviets. Brandon Lee’s character even dresses up like a Cuban soldier even though at that point in the movie, everything seems to point at them being in Africa. It’s completely baffling and just intensifies that sense of disorientation even further. If it’s supposed to be Cuba, then having Soviet Russians have influence over the local military makes some sense. However, if they’re in Africa, then it really doesn’t. Trying to figure it out is not only not worth your time, but your mind will be like a hamster in a wheel: it’ll be running in place going nowhere.

There were also so many plot holes that a block of Swiss cheese would make a great physical representation of the story. There are characters that make baffling decisions that are contradictory to what they were saying previously, or they’ll accept things at face value when it doesn’t make sense for them to. It’s the kind of story that falls apart under the barest minimum of scrutiny.

The acting is subpar at best. Brandon Lee himself is not that good here, but I find it hard to believe that’s all on him. He’s not given much to work with. However, he still manages to get by with his charm and charisma. The rest of the cast goes from barely competent to just outright bad. No one shows the ability to maintain an accent, not even veteran actor Ernest Borgnine. Not only was it curious to see him in this turkey, but it was just as shocking to see him be so bad. It was sad to see an Oscar winning actor slum it in this production. You could almost feel his self-respect drain from his body in his scenes. 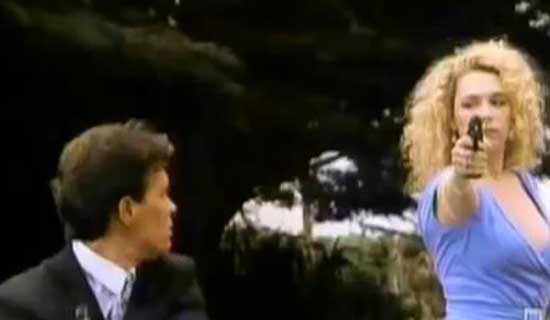 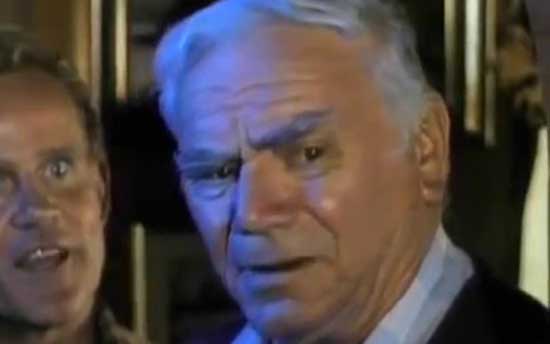 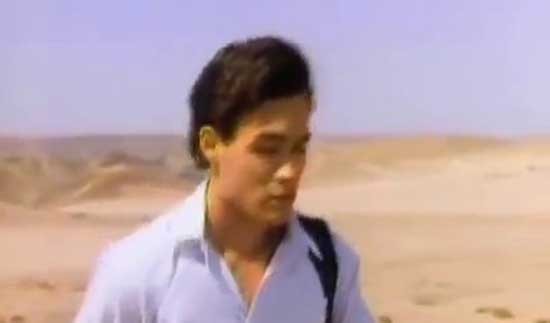 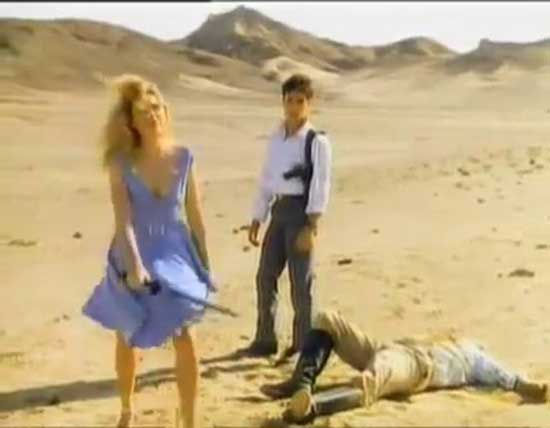 Not even the action set pieces could save this film. I could put up with a lot if the fights were more exciting. However, they all lacked any sense of urgency or tension. While Brandon Lee showed a great talent for action and was good in the fights, all of his efforts are wasted. The camera work didn’t always properly complement the scenes, and the editing was so abrupt at times that it ruined the illusion. The director had a great talent in Lee and had a chance to make his movie shine when it was time for the fighting to start, but he either lacked the skill, talent, or both, to properly utilize the actor. It was a wasted opportunity. 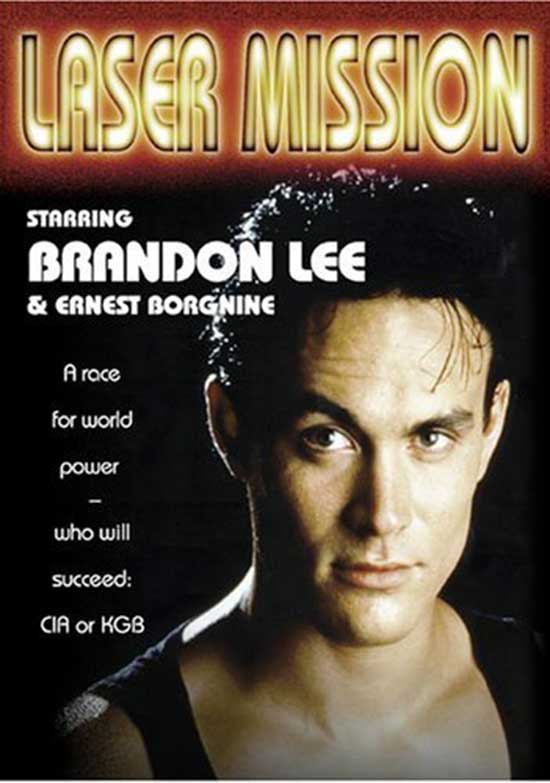 Some people have tried to call Lazer Mission a “so bad it’s good film”, and I have to disagree with them. This is a “so bad it’s just bad” movie. From the strange tonal shifts, the overall confusion, lackluster acting, and tepid action scenes, there’s nothing remotely enjoyable or entertaining here. It’s a film that seems to have an identity crises on what it wants to be and wastes two incredibly talented performers (Brandon Lee and Ernest Borgnine). It’s not the most horrible movie I’ve ever seen, but it’s still crap. I can’t recommend checking it out.