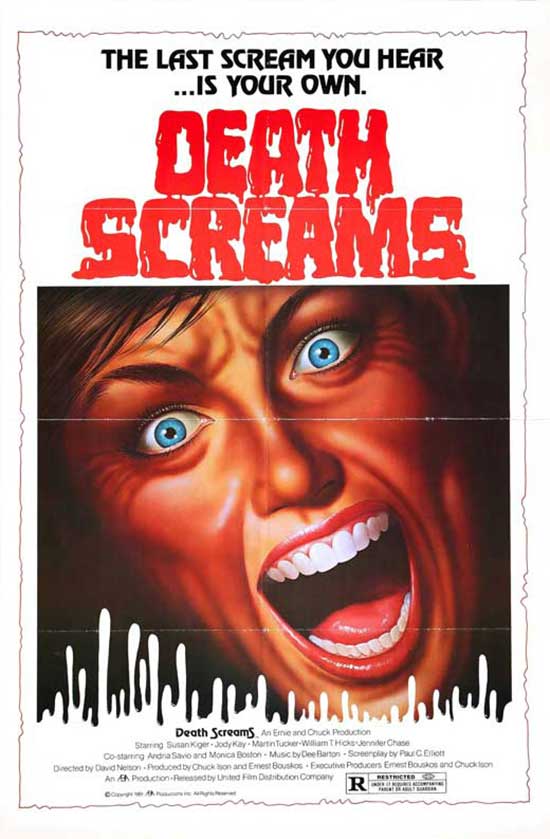 A demented killer is stalking teenagers in a small town during a county fair.

When I wa: a Junior in high school my mom rented Death Screams from our local video store and I’ll admit that I was less than impressed by it at the time. However, I watched it again years later and really dug it (in fact, it actually made my list of the 15 most underrated slasher films of all time that I wrote recently). While it is just your typical slasher flick and not very original I still think that it is a great movie with some likable characters and it is just a lot of fun in general. This is one of those slasher flicks that you watch on a lazy, rainy Sunday afternoon when you don’t have anything else to do and I think that anyone that is into slasher flicks as much as I am will appreciate it for what it is.

Like I said, the premise isn’t that original and is like a ton of other slasher flicks that came out around the same time but I didn’t really mind. It’s basically about an unknown killer running around slicing and dicing some teenagers that live in a small town and part of the fun is trying to figure out who is responsible for the murders (which involves a neat little twist during the reveal that I honestly didn’t see coming). The killer takes out his/her victims in a number of ways including hacking people up with a machete and shooting them with a bow and arrow and while none are the deaths are that graphic or bloody (except for the one involving someone having his head blown off with a gun) they are still fun and I had a blast watching the killer go to work. While some may complain that the pacing is a little off and people don’t really start dying until the last fifteen minutes or so I have to disagree as there are a few death scenes that take place throughout the film that helped hold my attention. While Death Screams may not have the highest body count in the history of the slasher film I didn’t mind as I still thought that it was an interesting movie that kept me entertained the entire time I was watching it. 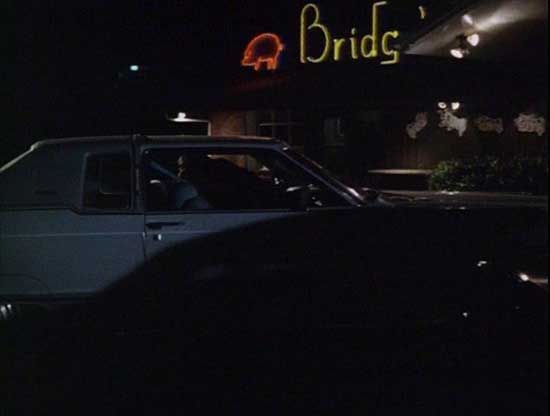 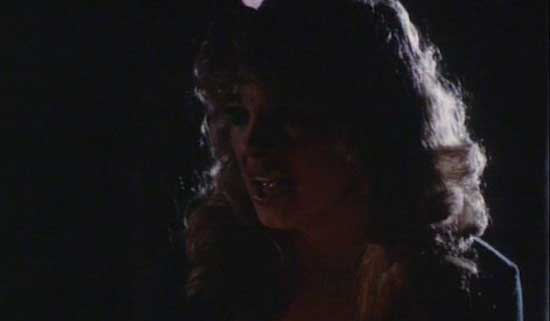 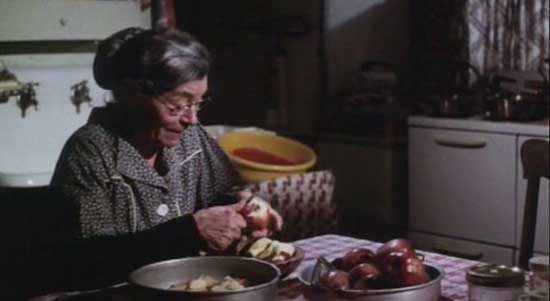 I think that the setting really helped me enjoy the film. I grew up in a small town like the one that appears in the movie so I could really relate to it as it came off as feeling very realistic to me. When I was in high school the county fair was a huge deal to me and pretty much everyone that I knew and that is the way it is in this film. I liked the fact that the characters did stuff like my friends and I used to do when I was in high school (such as going out in the middle of nowhere to party after attending the fair) and it made me feel very nostalgic and miss the good old days of my youth when my biggest concerns involved passing Math III (I didn’t and had to go to summer school) and making sure that I didn’t miss any of the three hours of professional wrestling that was on television on Saturday mornings at the time. In a strange way Death Screams reminded me of Dazed and Confused (except with a deranged killer in it running around hacking people to bits) because the characters in both films do similar things just like teenagers do in real life. I have to admit that I love horror movies that take place in small towns because they make me feel all warm and fuzzy inside and that was exactly the way this movie made me feel. 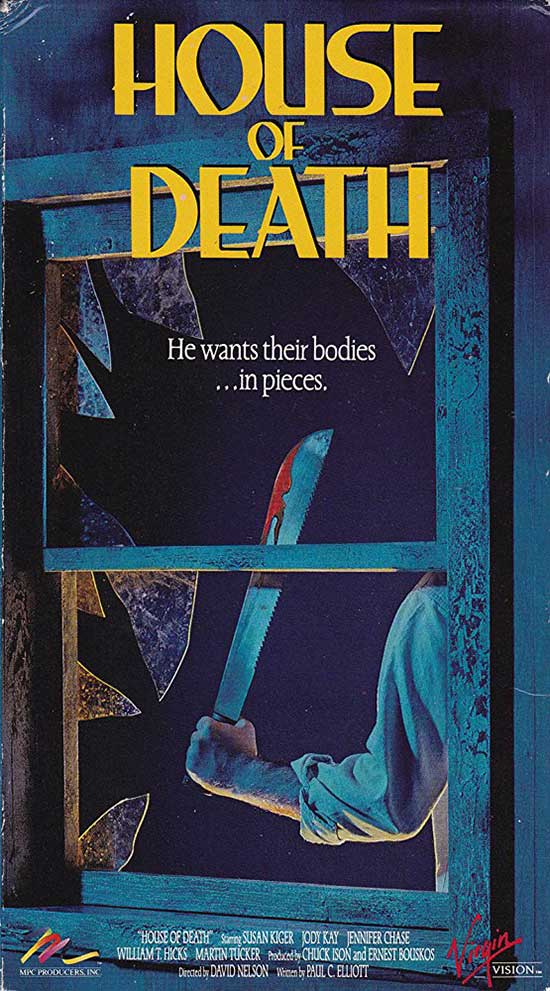 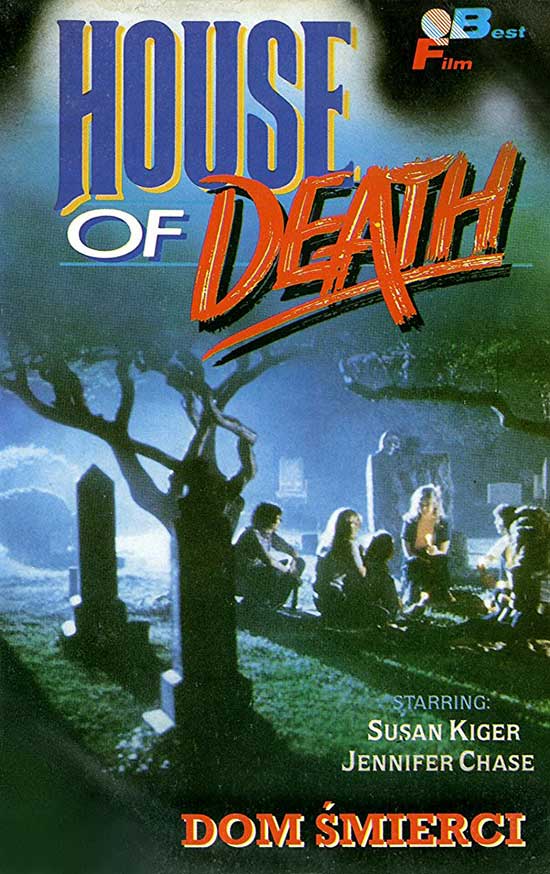 I also loved the characters. I’ll admit that they are pretty much your typical slasher flick stereotypes such as the jock, the nerd, the slut, etc., but I still liked them in this film because they came off as a little more realistic in my opinion. I actually knew people like them when I was in high school and I think that is one of the reasons that I cared so much about these characters and didn’t want them to get slaughtered. I think of all the ones that appeared in the film that Ramona-the town slut-was my favorite. Jennifer Chase does a great job bringing the character to life and is quite easy on the eyes to boot. She probably has the best death scene in the movie and it is obvious that it inspired a similar death that takes place in the equally awesome 1987 slasher flick Stage Fright. I liked all the characters in this movie and I could see myself hanging out with them back in the day during my misspent youth. 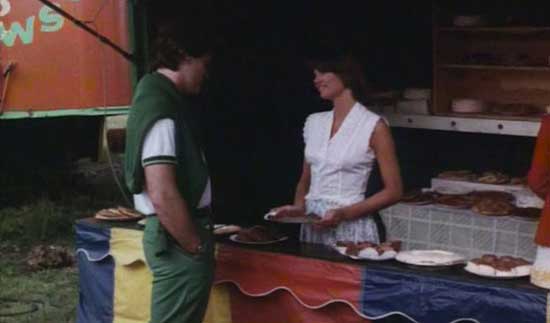 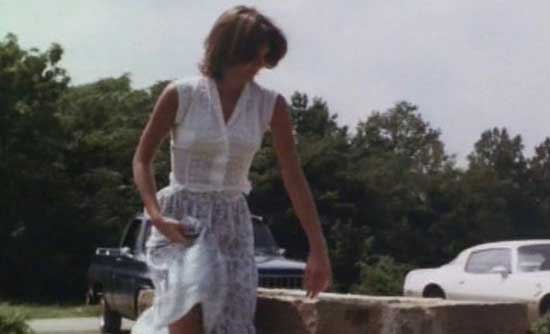 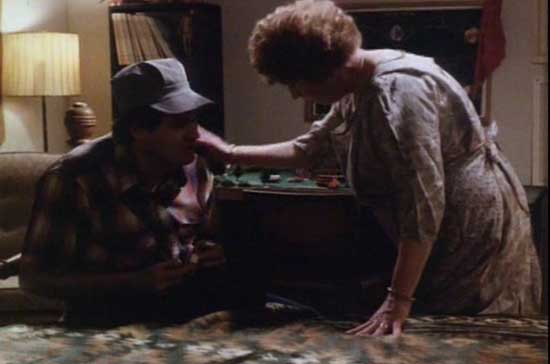 On the down side Death Screams isn’t without a couple of problems. There are times when scenes are so dark it is very difficult to tell what is going on. The best example of this is the opening scene when a couple is murdered and it is hard to see what is actually happening to them (I think the killer slips a rope over both of their necks and strangles them at the same time but I’m not 100% certain). The same could be said during the big reveal when we find out who the killer is as the scene is very dark and we only get a brief look at his/her face (I actually had to go back and watch the scene again just to make sure of the person’s identity). I also felt like there was something missing when it came to a certain subplot involving Ramona’s involvement in an accident that claimed the life of someone and resulted in another person receiving permanent brain damage. This took place before the events that occur in the film and is talked about several times but is never really expanded upon and is a little pointless. I am thinking that there must have been more to it originally but it ended up on the editing room floor for some reason. 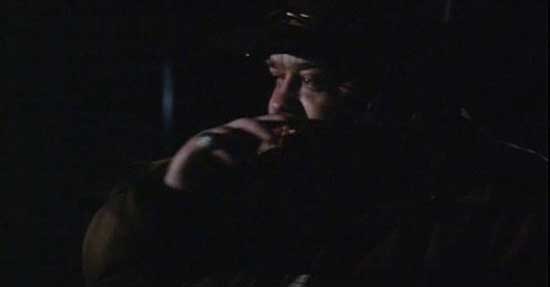 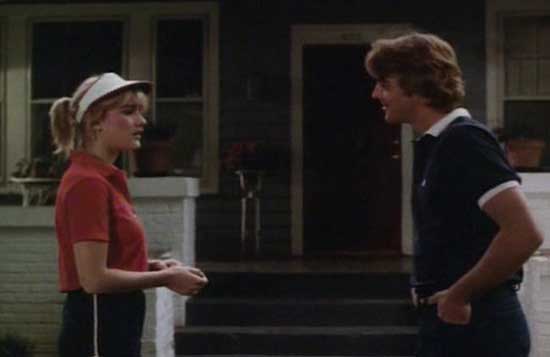 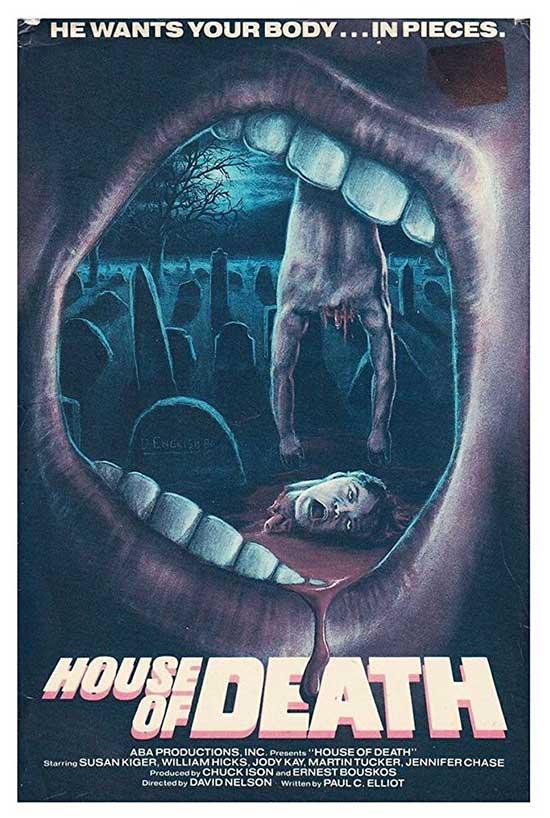 Death Screams may not be for everyone but I for one loved it. I thought that it was a fun, entertaining little movie despite its flaws and it is one of those that I could watch over and over again without ever getting tired of it. While it isn’t going to go down in history as the greatest slasher flick of all time it still has its moments and anyone that enjoys these types of movies is certain to dig it. Check it out when you can as it is definitely worth looking into if you a slasher film fanatic like me.