Right now we are in the era of the expanded universe. We have Marvel, DC, Star Wars, Black Mirror, and even Parks and Rec/The Good Place. One of the often overlooked storyscapes is the world created by Stephen King. His work doesn’t always connect the dots for us, but if you pin his book covers to a map of New England, they reveal a dark and twisted landscape. Go ahead, do it. You totally won’t look like a serial killer. The good news is someone will do that for us. Upcoming Hulu series Castle Rock will begin to connect those dots. It’s one of the many projects currently in development. Here’s a look at a few of the heavy hitters.

Let’s get started with the most ambitious project in the King universe. Castle Rock is a Hulu exclusive that “combines the mythological scale and intimate character storytelling of King’s best-loved works, weaving an epic saga of darkness and light.” You May have heard of Castle Rock before. It’s a fictional town featured in several of King’s works, including Cujo, Needful Things, The Dead Zone, and is referenced in IT and Shawshank Redemption. JJ Abrams is executive producing, so it has some creative muscle behind it. The show also features a prolific cast, including Melanie Lynskey (I Don’t Feel at Home in This World Anymore, Two and a Half Men), Andre Holland (A Wrinkle in Time, Moonlight), Jane Levy (Evil Dead, Don’t Breathe), Sissy Spacek (Carrie), Bill Skarsgaard (IT, Hemlock Grove), Scott Glenn (Silence of the Lambs, Daredevil), and Terry O’Quinn (Lost). It’s unclear if the roles of Skaarsgard and Spacek will be tied to their iconic big screen alter egos, Carrie and Pennywise. The trailer shows a close connection to King’s stories. Castle Rock premieres this summer.

The first season ended in a way that will keep the story cruising along. Brendan Gleeson (In Bruges, Harry Potter films) will return as Bill Hodges, a retired detective who is trying to solve a mass murder cold case. The weapon? A stolen Mercedes. Harry Treadway (Penny Dreadful) will be back as psychopathic protagonist Brady Hartsfield. The series, seen only on AT&T’s Audience Network, is based on the trilogy of books Mr. Mercedes, Finders Keepers, and End of Watch. Season two began shooting in February. It will include new cast members Tessa Ferrer (Grey’s Anatomy) and Jack Huston (Boardwalk Empire) as a power couple, ready to crash into the plot. Season two will premiere sometime this year.

When King wants a reboot, he shall get it. The author told Vulture last year the eight-book epic is in development as a TV series, and it would have to be a reboot. It’s no surprise King would want to distance himself from the disastrous movie. In January, Omega Underground reported that filming would begin this summer in Ireland and United Kingdom. There’s been no official confirmation of that info and no word of a network attached to to it. So… yea. 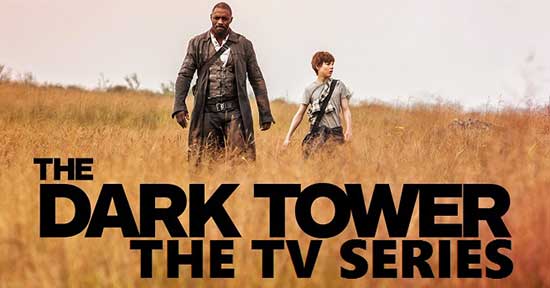 There are two kinds of people in this world. Those who liked ABC’s The Stand, and those who didn’t. There are probably more of the latter, because the miniseries didn’t, ahem, stand the test of time. The cast seems to be made up of every second tier ABC sitcom star of 1994. With the quality of television being made now, watching the adventures of Stu, Frankie, Harold and the others could be a lot of fun. Last fall Stephen King once again told Vulture, “There’s talk about doing The Stand as an extended TV series, possibly for Showtime or CBS All Access.” So there’s hope… and fear CBS will cast their second tier stars. LL Cool J as the Trashcan Man? Let’s pray for Showtime. 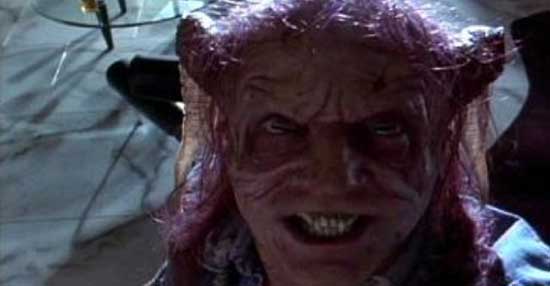 During the same interview in which King commented on The Stand and The Dark Tower, King hinted at what could be an incredibly immersive show about his 800 page novel Insomnia. It’s about a widower slipping into sleep-deprived madness, only to find out his town has become ground zero for the fight between good and evil. Ralph Roberts starts to sense auras around people, and that’s where virtual reality could get interesting. King told Vulture, “You just never know until it’s gonna happen, but the VR thing is still percolating away. I don’t think it’s dead or anything like that, although I haven’t heard about it lately.” Deadline reported last summer that Lloyd Segan, the series executive producer of the 2002 series The Dead Zone, will help King adapt the story into a one-hour, five part series available on home VR devices. There have been no updates since, so don’t stay up waiting for this one.

Warner Bros. probably never expected IT to rake in $700 million worldwide. You can bet the studio is pretty happy now that a sequel was planned from the beginning. Now with a blockbuster pedigree built in, big names are anxious to reach down into the sewer. Variety reported in February that Academy Award nominated actress Jessica Chastain (The Help, Interstellar) is in talks to play the adult version of Beverly. She would be reunited with IT’s director Andy Muschietti, who also directed her in Mama. Production is expected to begin this summer, with the movie coming out in September 2019. 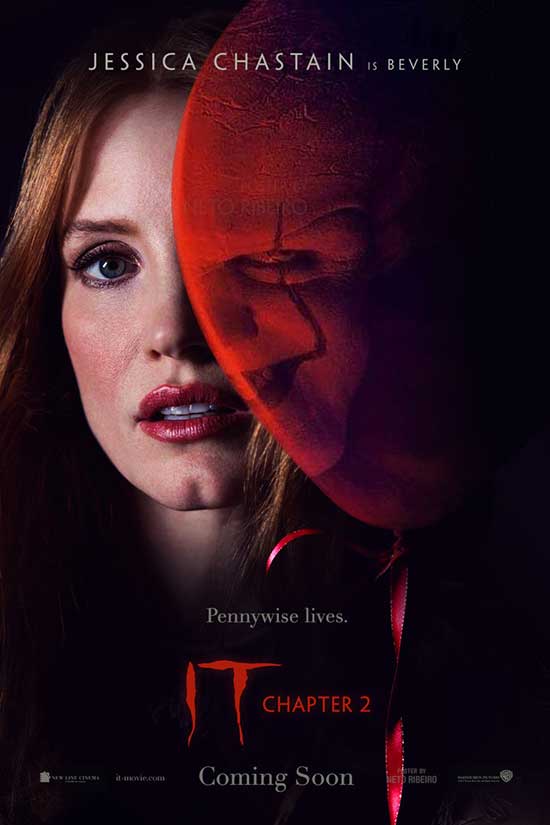 The Shining is often seen as the masterpiece of King adaptations, even if King himself didn’t care for director Stanley Kubrick’s vision. King advanced the story in 2013 by publishing a sequel to the book called Doctor Sleep. Deadline reports director Mike Flanagan (Oculus) will get a shot at disappointing King with his vision. This will be Flanagan’s second King adaptation. He just directed Gerald’s Game for Netflix, which scored a solid 91% on Rotten Tomatoes. Doctor Sleep follows little Danny, all grown up, but haunted by his father’s demons. He’s eventually confronted by a group of folks just like him and terror ensues. There’s good reason to be optimistic here. Flanagan is teaming up with producer Trevor Macy. The pair also worked together on the clever home invasion thriller Hush and the surprise horror hit Ouija: Origin of Evil. It’s not yet clear when shooting will begin.

We all agree, the original Pet Sematary is a creepy classic. If you don’t remember, here’s IFC to help out. It’ll be hard to top, but Variety reports Paramount is bringing in some up-and-coming talent to give it a shot. Kevin Kölsch and Dennis Widmyer are at the helm. They created the wonderfully morbid Starry Eyes. Variety reports the pair is also working on a sequel to Mama. Pet Sematary has an April 19, 2019 release date so Kevin and Dennis better get to work. 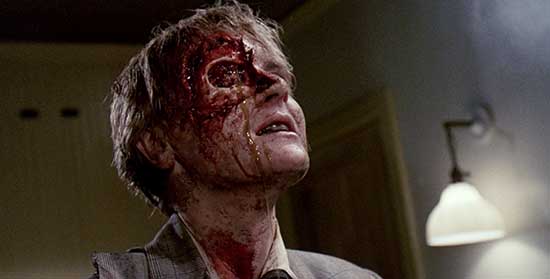 Children of the Corn: Runaway

Get ready for the tenth installment of the Children of the Corn series. Yep. Ten. The latest is about a runaway (surprise!) who escapes a cult with her unborn child. The story follows them ten years later as they’re stalked by something evil. It’s directed by John Gulager (Feast, Piranha 3DD) and stars Marci Miller (American Fable, Death Race 2050). The most interesting twist with this movie may be off screen. It was shot in 2016, and then sat on the shelf, or presumably a hard drive, until now. Online theorists believe it’s an attempt by The Weinstein Company to vie for the rights to the Children of the Corn brand before copyright transfers end in fall 2018. Copyright attorney Larry Zerner reports studios will then have to go back to Stephen King renegotiate if they want to use his creations. Now that The Weinstein Company filed for bankruptcy, how is the Children of the Corn franchise affected? Hell if I know. Runaway is available on Blu-ray,  DVD, and VOD March 13. Here’s the trailer. 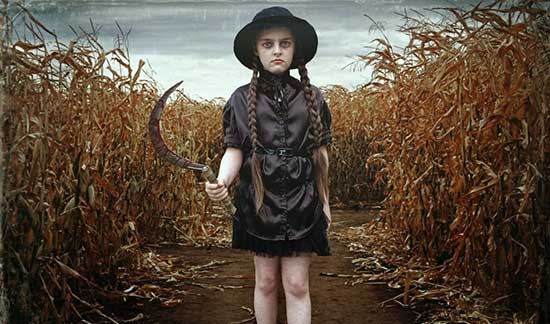 Some of you will be happy about this – emphasis on “some.” Actor Idris Elba told Radio Times there are “definitely talks” for a sequel. Why would a movie that earned just 16% on Rotten Tomatoes, but wasn’t noticeable enough to earn a Razzie nomination, deserve more screen time? Maybe because it earned $113 million worldwide, most of that outside the U.S. It cost just $60 million to make. In the interview, Elba also said a series would allow them to “explore some themes.”  Apparently he never heard King is gunning for a reboot. 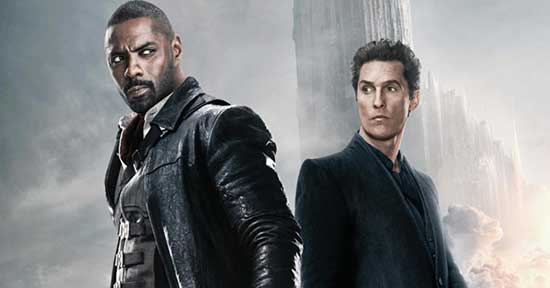 So, so, so much more

Stephen King has said all of his works are being adapted for TV and film. I’d have a hard time proving that wrong. Even some of his lesser known works are taking shape as movies and series. Screen Daily reports novella King and his son Joe Hill wrote for Esquire, “In the Tall Grass”, is being made into a film. Deadline reports his poem “The Bone Church” is becoming a TV series. And a Bazooka Joe comic he drew mustaches on is being optioned by Jason Blum for Twitch. Okay the last one is made up, but admit it, if King’s name is attached, you’d watch.