Oh! Good evening to all of you, my minions! As I belch these words out onto the net’ I feel my army growing ever so stronger…so much more aware of their wondrous leader (that would be me – Black Saint….remember)? And eagerly await whatever news he has for them with blood dripping from their canines & their bills for the month all paid up. No deadbeats in my army. We are getting stronger by the day!! We are growing more evil by the minute!! We ar…well we’re about to read some news & sh*t to that effect. That’s why you’re all here isn’t it?

Japanese distributor Presidio Corp. is expanding into film production with “Paranormal Activity: Tokyo Night”. A Japanese language sequel to the original American hit. The plot is simple enough…A girl visits San Diego as an exchange student & unwittingly brings the evil that followed Katie Featherson into her family’s home. The girl videotapes in her home & realizes that the demons followed her all the way to Tokyo. It’s scheduled for December release. I got a feeling this concept is going to be run into the ground really quick kiddies. 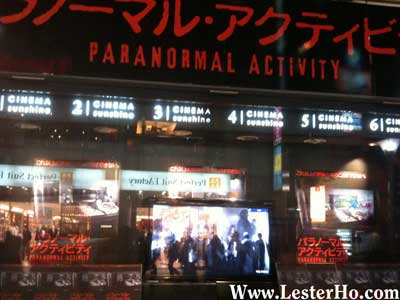 The Hollywood Reporter reports that MTV is commencing production on “Death Valley”. A documentary style film that follows the adventures of the “Undead Task Force” which exterminates Zombies, Vampires & Werewolves that have overrun San Fernando Valley. Executives for MTV have claimed that horror is “A good fit for the network” since they’ve had success with “My Super Psycho Sweet 16” & it’s forthcoming sequel. Sounds a bit like “The Monster Squad” for the MTV generation to me. I never watch MTV though since they stopped playing music on it anyway. It’s called “Music Television” for a reason dammit! I don’t want to see these so called “Reality” shows that play constantly on the channel as of late. Fuck em’. Let them make the movie first then we’ll see.

I reported awhile back that “The Last Exorcism’s” director Daniel Stamm was going to direct “12 Strangers”. The 2nd film to be made under the “Night Chronicles” banner initiated by Media Rights Capital & M. Night Shymalan. Well he’s still directing it but now it’s being called “Death Valley” & it was written by Chris Sparling who wrote the upcoming “Buried” featuring Ryan Reynolds. The plot revolves around a jury deliberating the fate of an accused murderer & the supernatural happenings that hold the key to the case. The first of the “Night Chronicles” film series opens this weekend with “Devil” which quite frankly doesn’t look all that great to me, but believe it or not I’ve been wrong once or twice over the millenia. So it’s possible that “Devil” could be a winner, doubt it though.

“Insidious” gets picked up for distribution

The James “Saw” Wan directed “Insidious” has been picked up for distribution by Sony Pictures according to Deadline. Wan’s “Saw” partner, Leigh Whannel wrote the script which is a modern take on the haunted house thriller genre. It will get a decent 800 screen release so let’s wait for a trailer & see what we have here…

Just the title alone makes me shiver with delight. Andy Fickman is attached to direct the horror/comedy spec script by Carrie Evans & Emi Mochizuki according to Production Weekly. Very few details are available as of yet but I’m already getting ready to put on my old “Panther” Patrol suit & get in line for this one. Boy Scouts rule!! And they’re pretty tasty over an open fire as well….GO ZOMBIES!!

Those nutty Norwegians! Reports have surfaced claiming a “Cloverfield” style film called “Troll Hunter” is coming from director Andre Ovredal. It’s a mockumentary about a group of students who stumble on a government conspiracy to keep the existence of Trolls in Norway being hidden from the general public. 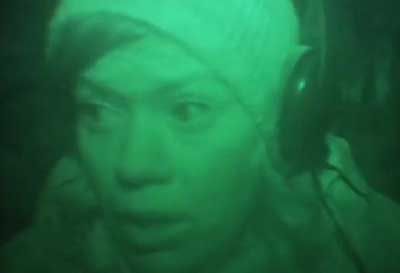 Bloody Disgusting reports that Magnolia pictures has acquired North American rights to “Chawz”, a crazy monster movie about a giant, vicious pig terrorizing a local countryside. Director Jeong-won Shin calls the film an “affectionate tribute to classic monster movies that boast fantastically gory special effects of the beast attacking innocent tourists”. Magnet SVP Tom Quin says “If Jaws was looking to branch out to dry land, without a doubt he’d want to be Chaws”. Magnolia did a great job with “The Host”, let’s see if they can hit another one out of the park with this one.

“Kingdom Of The Spiders” remake…in 3D!

The Black Saint has 3 progeny. Two of them who happily share all of my interests in all that is Horror. But my oldest one (22) has a BIG spider-phobia. So big that I have a standing offer to all of her boyfriends (she eats em’ raw like sushi so they’re usually not around long) that if they can make her sit down & watch the original which starred William Shatner from beginning to end I will pay their salary (if the bums have a job) for a year. No questions asked. I don’t expect to pay up on that anytime soon. But Screen Daily reports that Stealth Media Group has jumped on board for a 3D remake of the original. The plot? Simply a small town that’s being infested with aggressive spiders. The original is impressive because of the fact that they used real spiders during the shoot, no CGI back then. So it’s especially creepy & that ending! Still gives me a chill..oh no, that’s an open window. Hold on a sec….ok, I got it. It’s still chilly in here though. Must be those f*cking spiders!! I can’t wait…

As if hunting Trolls wouldn’t be enough to keep those nutty Norwegians busy directors Mathieu Peteul & Cesar Ducasse comes “Dark Souls”. which is currently in post production. Thanks to Bloody Disgusting & Youtube for the trailer: It actually looks pretty interesting.

BV On Movies reports that the first poster for Director Robert O’Hara’s “The Inheritance” (formerly My Place In The Horror) has finally arrived. The film which stars “Keith “The Thing” David & Golden Brooks deals with a family reunion that turns deadly when the elders of the family have to make good on an pact with the spirit of an ancestor. The trailer & poster are featured here: www.bloody-disgusting.com/news/21671/

Michelle Williams look alike Amy Crowds stars in this highly unconventional thriller about a girl & her relationship with her life size doll. Director A.D. Calvo’s film seems to be a mash up of “Pin” & “May”. Two films that you fools should own. Especially “May”. The trailer is here: t.co/8Em68Qo via @AddThis

The outstanding opening of “RE: Afterlife” all but guarantees a 5th film in the series. Who would’ve thunk they’d be up to 5 of em’ after the 2nd one? Not me. According to Vulture, Milla Jovovich & her husband director Paul W.S. Anderson are “definitely going to make another one” She also states that her husband has some “Ideas” for a 5th entry but is listening to fans on Twitter in regards to what they might want to see the next time out. Sounds like he wants to make us happy, not just the Hollyweird executives. 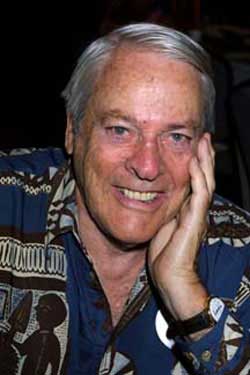 The column just wouldn’t be complete without an acknowledgement of the passing of genre stalwart Kevin McCarthy who passed away last Saturday in Hyannis, MA at the golden age of 96. Probably best remembered for the original “Invasion Of The Body Snatchers” (1956). He also reprised the role in Philip Kaufman’s 1978 remake. He also was a favorite of Joe Dante who directed him in Piranha, The Howling, Twilight Zone: The Movie, Innerspace & Matinee. He also was nominated for a Best Supporting actor oscar in 1951 for “Death Of A Salesman” reprising his stage role. He had also made numerous television appearances including “Long Live Walter Jameson” from the original “Twilight Zone” & Tales From The Crypt’s “Curiosity Killed”. He will be sorely missed by fans of the Horror genre. Rest In Peace, Mr. McCarthy.

Oh sh*t….now I’m getting a bit misty. The guy was a class act, you know what I mean? You don’t? Well Fuck off then! I learned over the millenia to respect my elders. Especially those who have brung me such delight over the years. You all should do the same. To all of your elders….
And speaking of respecting your elders, I think it’s time for me to get up & stretch these old green bones of mine. Yeah, They’re green. I’ve been around a LOOONG TIME people.

So as always, remember to feed your pet. Whatever infernal animal you might have lurking about. Do your homework…remember, you have to learn to earn in this world. And most importantly, say your prayers…..TO ME!!