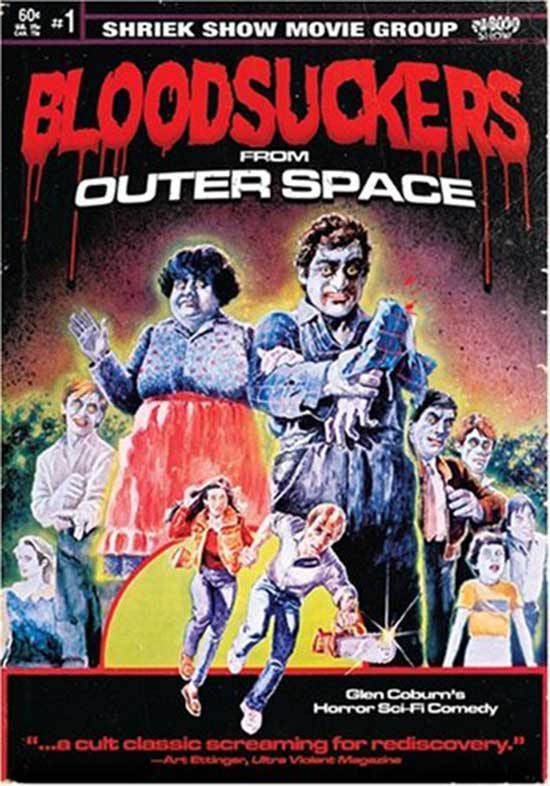 Rural Texas is struck by an invisible energy wave that transforms nice small town folk into BLOODSUCKERS FROM OUTER SPACE.

On this round of reviews I was assigned two of the greatest titles ever conceived – Satan’s Cheerleaders (1977) and Bloodsuckers from Outer Space (1984). I didn’t say they were great movies, just great titles destined for garish theatrical posters ballyhooing savage and salacious thrills. But, sadly, only Bloodsuckers from Outer Space lives up to its scintillating moniker in an ironic, backhanded way. 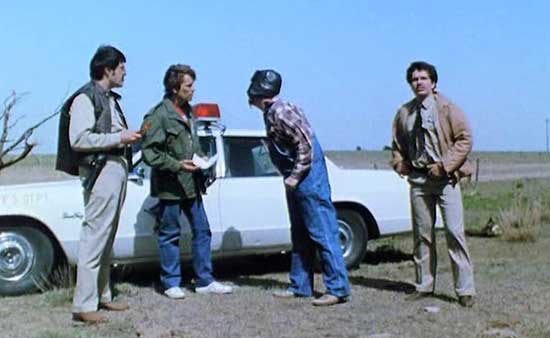 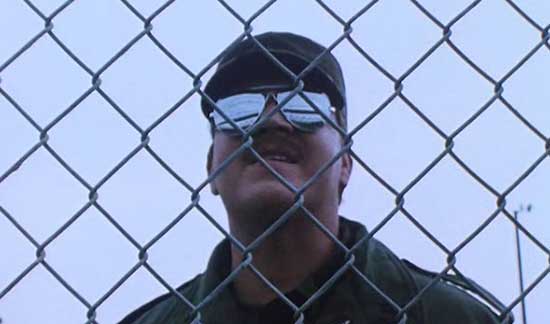 What’s the story? Aspiring photographer Jeff Rhodes (Thom Meyes) finds himself at life’s crossroads when his domineering Uncle Joe (Robert Bradeen) insists he give up his artsy occupation to become a full-time farmer. Two things interrupt Jeff’s pity party—first there’s Julie (Laura Ellis), a pretty, free spirit who finds his infantile brooding attractive, and secondly there’s an invisible energy wave from space that’s reducing the local population to blue-skinned, bloodsucking zombies. It falls to Jeff and Julie to save Texas, and perhaps the entire ArkLaTex socio-economic region, from those rampaging Bloodsuckers from Outer Space! Go Longhorns!

Bloodsuckers from Outer Space starts out like a standard grade z horror film made by fellow Texan Larry Buchanan (Zontar, the Thing from Venus). But after a few minutes Bloodsuckers radically changes course, transforming into an anything goes comedy. Characters repeatedly break the fourth wall, commenting on the quality of their own fight scenes or how scary the incidental music is. These schizophrenic moments are what make the film so endearing.

It probably helps that I’m such a sucker for regional films, whether it’s the big hair aesthetic of Baltimore’s John Waters (Pink Flamingos, 1972) and Don Dohler (The Alien Factor, 1978) or even the sweaty Florida frolics of William Grefe (Death Curse of Tartu, 1966). Like its off-Hollywood counterparts, Bloodsuckers wears its Texas origins proudly as a yellow rose. The characters are pure Lone Star archetypes including our hero and heroine—aimless twentysomethings who’d rather be huffing nitrous oxide and knocking Tony Lama boots all day rather than saving the world. Then there’s Uncle Joe, who encapsulates rednecks everywhere by going on hilariously horrifying racist rants. 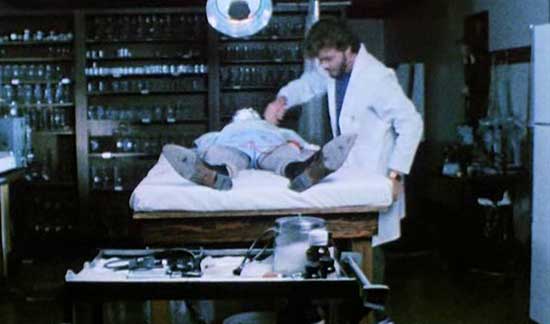 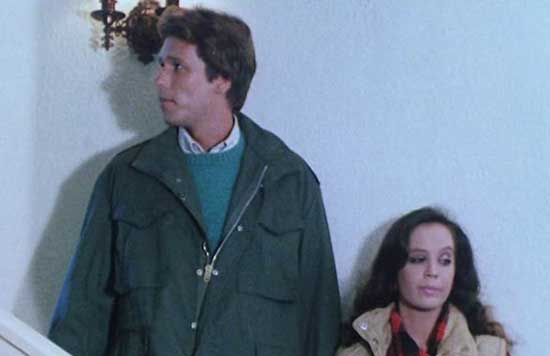 There’s even a bearded janitor who you’ll meet at every truck stop between Shreveport, Louisiana and Dallas, Texas. FYI—this reviewer once lived just around the corner in Bossier City, Louisiana, so I know a little. Bloodsuckers has other things in common with early John Waters films, particularly lots of non-thespians acting their hearts out in excruciatingly long master shots. But while Waters was a subversive with a scathing wit, the makers of Bloodsuckers seem like guys incubated on Creature Features, The Three Stooges and Monty Python who made a knockabout monster comedy—and I mean that as a compliment. Go Aggies! 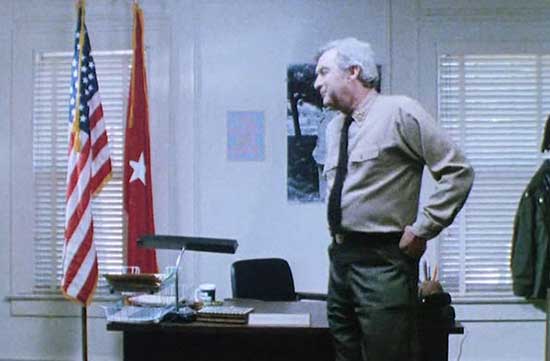 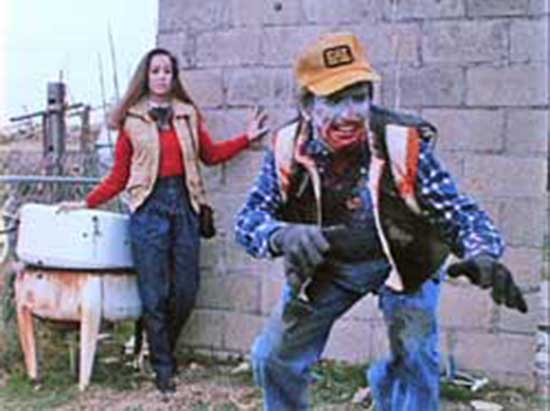 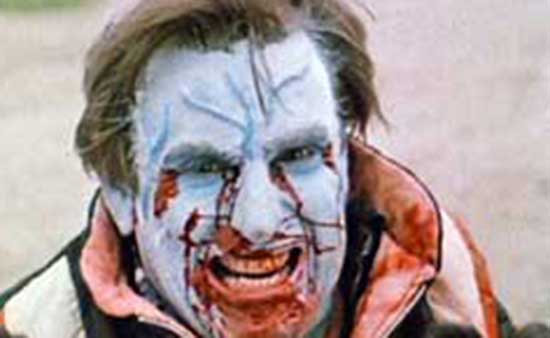 The filmmakers overcame their lack of money and professional experience by showering Bloodsuckers with local love. It looks like everybody they’d ever met pitched in either by playing zombies or volunteering their homes and businesses as locations. It’s like a Mickey Rooney, Judy Garland barn show—if Mickey and Judy vomited blood and tore people’s limbs off. That down home charm is what makes it a worthwhile viewing experience.

To get you into the Bloodsuckers frame of mind, I recommend a party game where every time a character mentions nitrous oxide you have to do some whip-its (they’re still available on Amazon!). Trust me; it will all make sense. Bloodsuckers from Outer Space is highly recommended high camp. 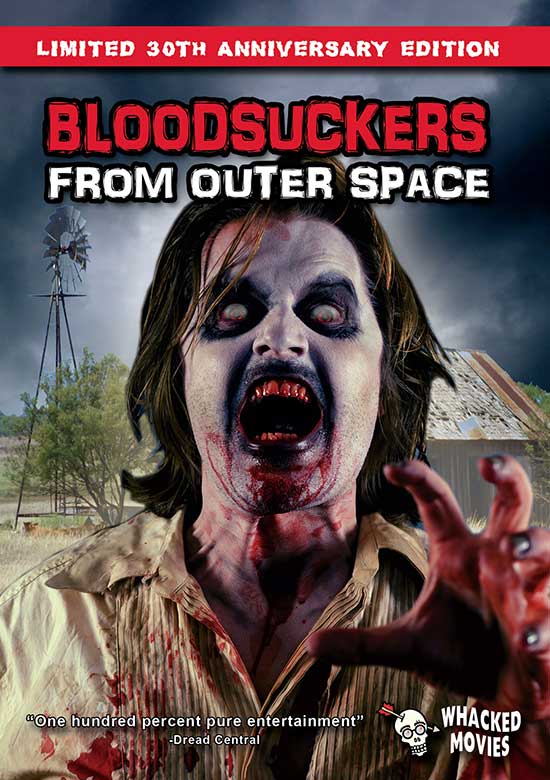 And, in closing, let me add, Go Horned Frogs!