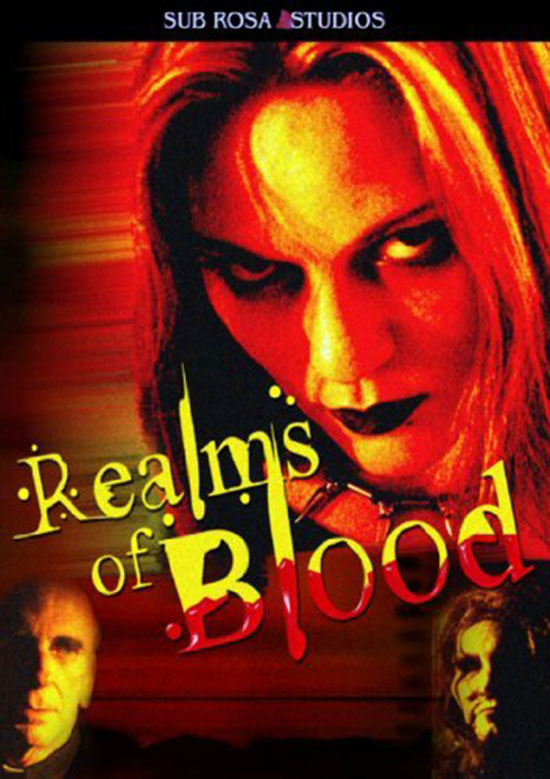 A bored couple tell each other scary stories during a power outage in an attempt to scare each other.

I have always been a sucker for horror anthologies. My thought is that since they have a number of short films in them you are bound to find at least one or two that you really like (which unfortunately wasn’t the case with the God-awful Holidays that hit the scene a couple of years ago as every segment was pretty much unwatchable for the most part). I thought Realms of Blood sounded interesting enough so I was pretty stoked to check it out (especially since my good friend and horror icon Tim Ritter had written one of the segments).

After everything was said and done I thought that it was a fun little movie that had its moments and despite the fact that it was definitely shot with limited resources it was still quite entertaining.

The first segment, entitled “Pain Killer” is about a disfigured war veteran that comes home only to go on a killing spree. It’s a pretty simple piece and even though some people may call the antagonist a Freddy Krueger wannabe (due to the fact that he looks a little like him and acts in a similar manner) I still thought that it was a nice way to kick things off. I liked the basic idea behind it and thought that the reason that he killer went around slaughtering people was actually pretty damn cool. The acting is just so-so for the most part but that’s okay because I have seen a lot worse and it didn’t take away from the segment in general. 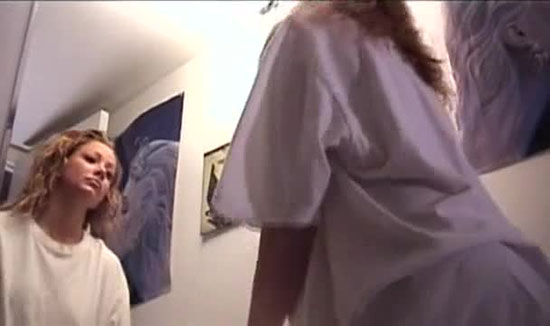 “The Cologne” was up next and was by far the best segment. Written by the always awesome Tim Ritter of Truth or Dare, Creep, and Killing Spree fame this story revolves around a nerdy fellow that just can’t seem to get the women in his life to give him the time of day. This soon changes when he receives a sample for a new cologne guaranteed to attract women in the mail and all the women he desires are throwing themselves at him. Unfortunately, he ignores the warning that comes along with the cologne and before he knows it things turn deadly very quickly for him.

I thought that this piece was well-written and was a nice take on the whole “be careful what you wish for” thing. I thought that the acting was also a lot better in this segment as Nick Colameo does an awesome job of bringing the main character of Freddy to life. He’s one of those characters that you sort of feel sorry for to an extent because he is basically a loser but at the same time you also sort of want to slap him because he brings a lot of the bad things that happen to him on himself because he is a bit obnoxious and deserves what he gets. As I said this was without a doubt the best segment and Tim Ritter proves once again that he is one hell of a horror writer.

To me the weakest segment was the last one. It is entitled “Blood Runs Cold” and is about a priest battling vampires. It isn’t horrible by any stretch of the imagination and does have a few good moments but I just wasn’t as into it as I was the other two stories in the anthology. Then again I am just not that into vampires so those of you out there that are may really dig it. I didn’t hate it but it just didn’t really do much for me and as I said I thought out of the three segments it was probably my least favorite.

I don’t think that the twist at the end really worked and it seemed very forced to me almost as if the screenwriter didn’t really know how to end it and just decided to throw in a cheap twist to try and surprise viewers. It just felt like something was missing and I think that there could have been a little more to it in a lot of ways. If you are into vampires you will most likely dig it but it just wasn’t my cup of tea.

I thought that Realms of Blood was a pretty decent horror anthology and I am glad that I got the chance to check it out. Like I said, some segments are better than others but I wouldn’t say that any of them were bad. If you are a fan of anthologies like I am I think that you will like it so check it out if you get the chance.