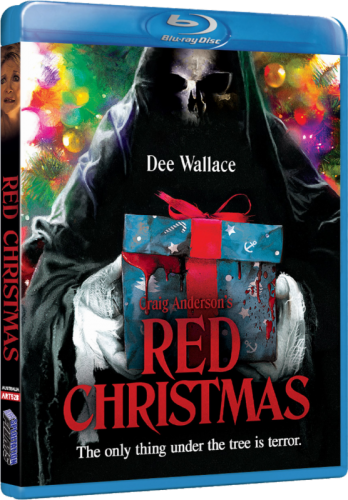 Philadelphia, PA – Craig Anderson’s Red Christmas, a horror-filled cinematic present for the entire family (including your abortion-protesting uncle) has been released on all platforms this week.

Genre icon Dee Wallace (The Hills Have Eyes, The Howling, E.T., Cujo, Critters) stars in a critically acclaimed role as the stressed-out mother of a squabbling family, gathered together in a remote Outback estate on Christmas day. Their petty dramas threaten to darken the holiday until a mysterious and deformed stranger appears at the door seeking some re-connection with the brood, and when that is rebuffed, he seeks bloody vengeance. 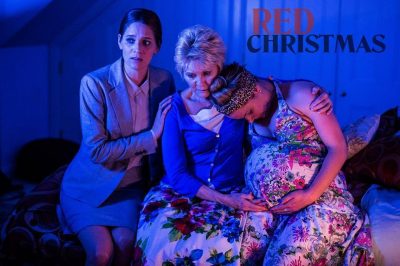 Red Christmas from artsploitation on Vimeo.

Artsploitation Films is a Philadelphia, Pa based distribution company that’s making a global impact, featuring a catalog of movies from around the world including Australia, Germany, South Korea, Lithuania, Slovenia, Spain, France, Chile, Argentina, Brazil, and the United States.

They are not your average distributor, as they are committed to bringing their audience the most intriguing, unsettling, unpredictable and provocative films around. You don’t just watch Artsploitation Films, you experience them!
The perfect blend of genre/exploitation films mixed with traditional art cinema is what to expect when watching titles like, Vampyres, Counter-Clockwise, Horsehead, Der Samurai, Killbillies, Deadly Virtues, Observance, and the upcoming abortion themed holiday horror movie, Red Christmas.

Artsploitation Films are available on VOD, DVD, and Blu-ray formats.