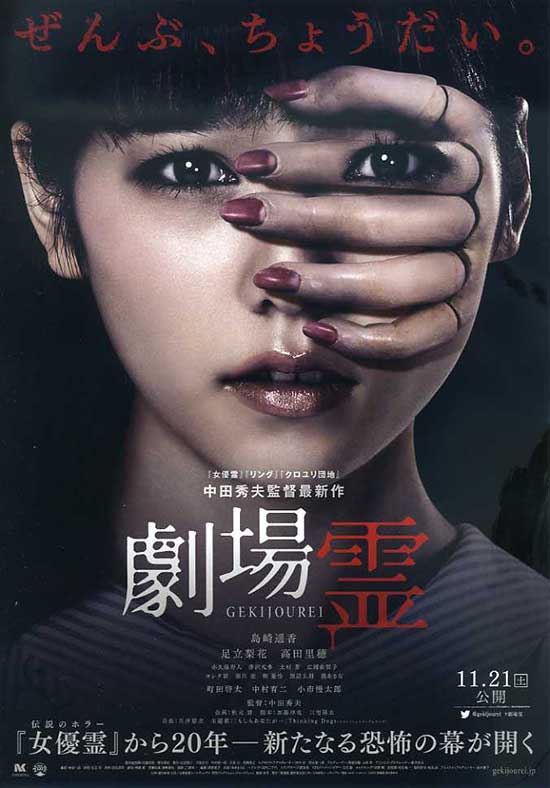 Sara, a young actress, is able to land the leading role in big theater play, but soon learns that somebody or something is trying to end the production at all cost, which puts Sara in deadly danger.

If you only know one Japanese horror director, Hideo Nakata is likely to be it. His 1998 hit Ring is quite possibly the best-known Japanese horror film of all time and its influence on the genre can still be seen today. However, before Ring, there was Don’t Look Up (Joyû-rei), Nakata’s 1996 debut to the big screen. This tale of an angry female spirit haunting a shoot of a WW2 drama was unfortunately not particularly well received by audiences or critics and has been largely criticised for having a screenplay that feels unfinished. Obviously, Nakata though so too, as in 2015 he decided to have another stab at the story in the form of Ghost Theatre.

Now, that being said, Ghost Theatre is a remake in the looses possible sense, as the only thing these two films seem to have in common is the fact that both story arcs are haunted by a female ghost and the story is set in a frame of another story- i.e. film and a play.  Sadly, this exercise seems to have been in vain as Nakata has once again slightly missed the target with this ghostly tale, serving a hollow story of jealousy with only lukewarm scares to accompany it. 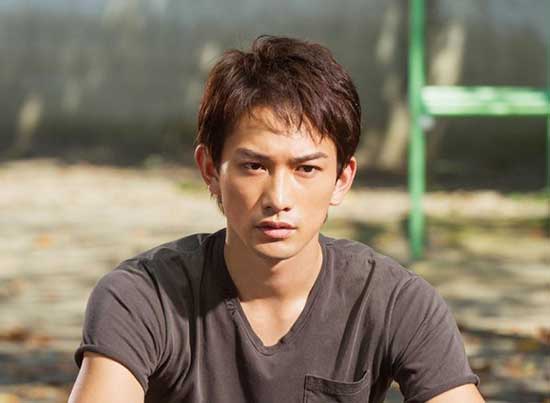 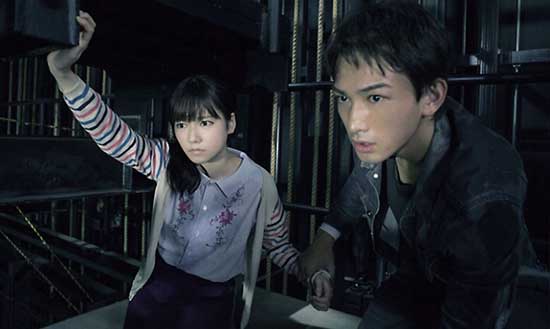 The story opens with a scene of a frantic man trying to dismember and burn down a mannequin sized female doll. Unfortunately, he merely manages with the first half of the task before he is interrupted by the local authorities and taken into custody suspected of murdering his two daughters. From there we jump twenty years ahead an in the middle of a casting of a play about the life and crimes of the notorious Countess Elizabeth Bathory. Representing Bathory’s alter ego is the same doll that we saw in the beginning of the story and whose disembodied head has somehow made its way to the theatre’s prop room. It does not take long for weird things to start happening around the theatre; first to fall under the deadly charms of this porcelain killer is the theatre’s seamstress and the leading lady is not far behind. When the lead role then falls to hardworking, yet unknown actress Sara (Haruka Shimazaki) things only escalate further. Convinced that something sinister lurks behind the doll’s disturbingly life-like eyes, Sara takes it upon herself to get to the bottom of the mystery before anyone else gets hurt.

While the idea of a haunted doll is something that definitely has potential, especially when presented in the framework of a competitive world of theatre where outside beauty rules and the weak are trampled underfoot by more ambitious candidates, something about this particular take on the subject feels incomplete and uneven. 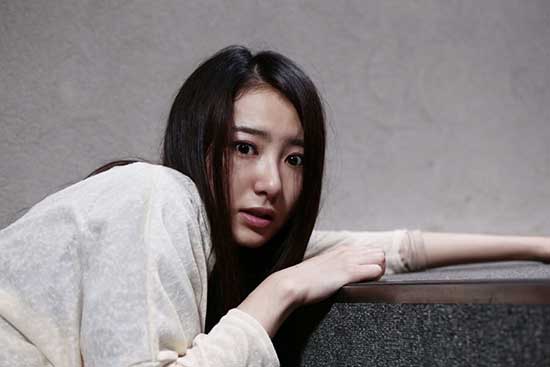 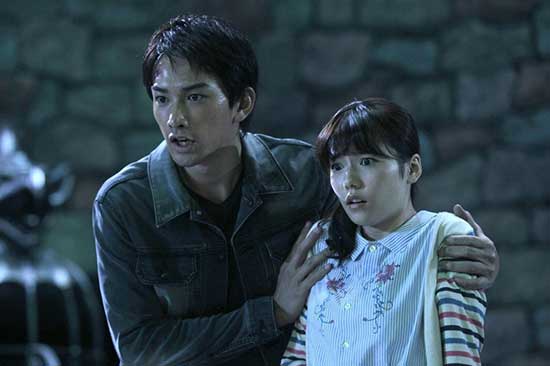 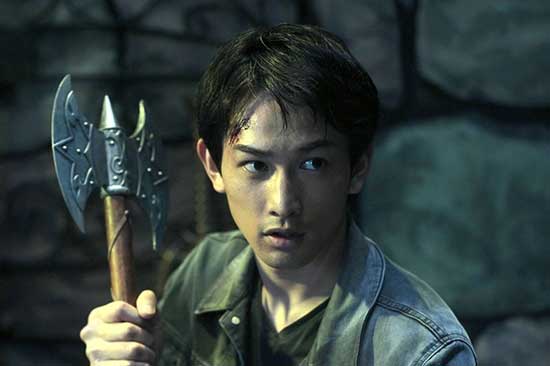 While we are given a bit of background to the doll, as in where it came from and who it’s first victims were, we are never really given a fully satisfactory explanation on why it’s so hellbent on killing people in the first place. It is also not quite clear whether it chooses its victims purely by chance or is there something a bit more personal behind its motives, adding to the confused nature of the story. The other story element, the bitter All About Eve-type rivalry between the actresses is also only explored in a very superficial manner, which if you ask me, has a missed opportunity written all over it, as it could have been easily utilized for the story’s benefit. As it stands, it is as much of a side note as the doll’s origin story is, adding no real depth or meaning to the film. 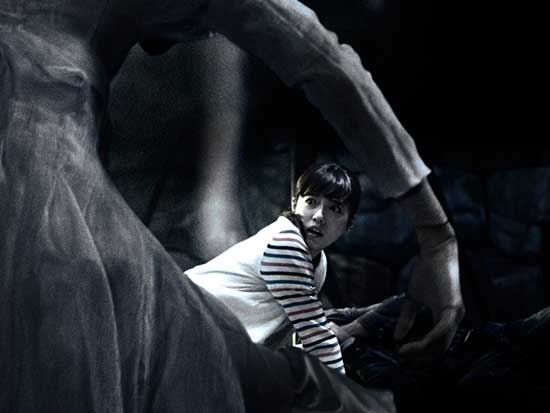 It is not all bad news though. As haunted dolls go, this one is quite creepy, and Nakata has managed to insert a few eerie scenes in the middle of this mess. When a life-sized porcelain/wood doll starts coming at you with its head spinning backwards and arms bending in ways they have no business bending, it is an intimidating scene to say the least. Unfortunately, these moments of terror are too few and far between and the doll’s creepy antics are mainly limited to some evil eye rolling, leaving the scariest part of the story woefully underused. 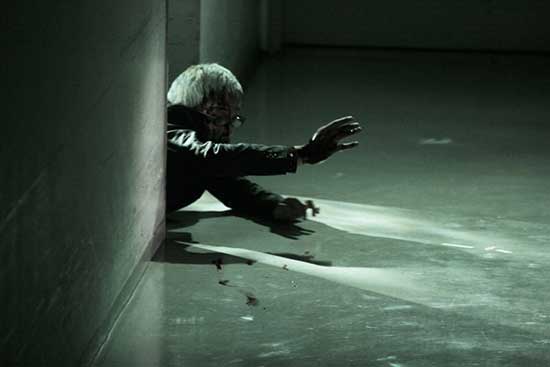 Ghost Theatre is not a completely hopeless effort and those who enjoy horror with creepy dolls might find some enjoyment in it. Just do not expect magnificently detailed plot, spectacular acting or to be particularly frightened. It is a simple film with a distinct lack of substance but will do for one viewing if you happen to have nothing better to do. 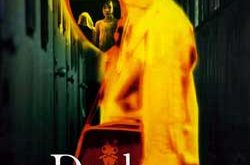 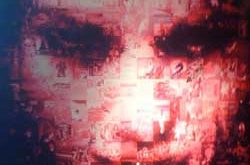