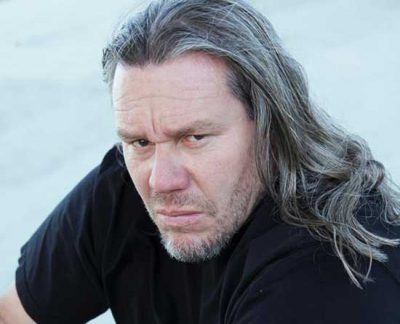 Actor Robert Mukes (“House of 1000 Corpses”, “WestWorld”, “Weeds”, Backwoods”) spoke with Horrornews.net about his brand new film “Coffin 2” coming to REDBOX and will be in stores nationwide.

Hi Robert, How is everything going?

Robert- Good. I am traveling a lot. I sign autographs for the film “House of 1000 Corpses” so when I am not traveling I am here with daughters.

I was able to meet you at Monster Mania a few years ago! You were very cool to all of us so thank you for that and obviously loved you in “House of 1000 Corpses.”

Tell us a little about the character you play in “Coffin 2?” He looks bad ass.

Robert- It is coming to REDBOX in October. Our director/producer struck a deal with REDBOX and we are going to be in REDBOX there and after a few months it will make its way to the stores nationwide so that is going to be awesome for me. I’m really excited about it as well.  In “Coffin 2” I play this character named Buddy, I play this character named Buddy and he is basically a regular blue-collar guy who gets manipulated into a little bit of crime. He maybe takes it a little bit too far, he is a little insecure. He has had a rough childhood and his insecurities drive him to do things he shouldn’t be doing. It is my first time being responsible for so much dialogue and so I made preparation and I feel fortunate that Kipp Tribble picked me and let me be one of the main actors, one of the lead villains in “Coffin 2.”

“Coffin 2” seems like it has a lot of action and thrills. Did you face any challenges while filming?

Robert- The difference between independent films and bigger budgets is the pace. In independents movies you are shooting ten pages a day, you shoot a whole movie in like two weeks. On bigger budget movies its five pages a day so the challenge for me was being responsible for so much dialogue to be frank. In the independent movies you work longer days as well. So we had twelve to sixteen hour days on-set. So that was a bit challenging but everyone was kind, super generous. The cast members were kind and generous and caring, and warm with one another so it was like we were an instant family. That totally holds true in most projects that I’ve worked on, I’ve been very fortunate to be around warm people and the people that aren’t so warm and they are more isolated to themselves, that is fine with me too so I don’t get down about that. The only challenges in shooting most independent projects is there is such a time crunch. 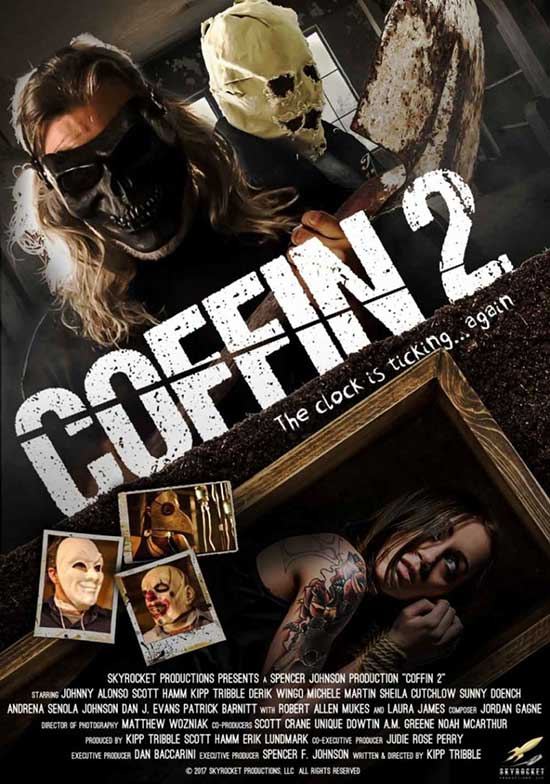 What was it like for you working with Director/Producer Kipp Tribble?

Robert – Kipp and Johnny were doing a convention in South Carolina and that’s where our relationship began. Kipp tells me that hey, I am doing more movies and I want you to work with me. Of course I was positive and optimistic but I have heard that so many times. Kipp kept his word and he’s got other movies lined up and one where he wanted to use me but producers wanted Trejo which I can totally understand. Kipp and I had a relationship before the movie, sitting next to each other for three days working at a convention in South Carolina so it was almost like working with a buddy. He was at the table right next to me so all weekend we are chit-chatting and I actually went to a screening of “Coffin” at this convention. It was amazing. He is very patient. He is an awesome director, he is very creative with the time crunch, location and, the budget etc. He really did a fantastic job with “Coffin 2” and I am really proud to be a part of it. 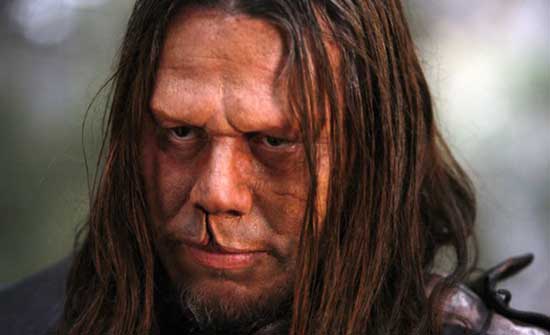 Will there be any chance that you will come back for part three? Anything can happen in films?

Robert-   I am not sure. For part three, we will have to see how “Coffin 2” does and take it from there. Kipp has visions of doing much more than “Coffin 3” and he is like you are going to be with me a lot so I was like alright, cool it sounds awesome. It was awesome working with him, he is a super cool friend. We live in different areas of Los Angeles but he and I kind of have the same kind of paths. We both have daughters. He has three daughters and I have two daughters and we are involved with our kids. We are birds of the same feathers. Fathers with daughters and trying to make a living for them.

How did you get into acting and did you always know you wanted to be an actor?

Robert- I was a basketball player until I was thirty and I’m from Indiana but my father lives in Los Angeles so when I started playing professional basketball in Europe I found myself in Los Angeles playing in the summer tournaments because I would get more exposure that way. The climate of Los Angeles is acting and just having buddies and forming relationships out here with friends and athletes. A couple of colleagues were telling me about doing commercials as a basketball player and I said no that is kind of like guys in the NBA like Magic Johnson and Larry Bird. So he introduced me to his agent and the agent had basketball commercials auditions for me right away.

Robert- Next, well I have an awesome agent. His name is Sid Levin so I get auditions on occasion but currently I just wrapped last week, “Alpha Wolf” and Casper Van Dien is the lead of that. He is from “Starship Troopers” and that probably stemmed from him signing autographs at conventions for “Starship Troopers.” It should be pretty cool, it’s another indie movie. I run a general store in the middle of nowhere kind of like “House of 1000 Corpses” Sig’s character although I am not quite as evil as Sid was in that. I tried to pull a little bit of my thoughts from Captain Spaulding on this particular scene but I am not quite as conniving as Sid. What an impeccable, incredible performance with the make-up and the lighting and his acting. What a scene right!

Yes, Sid Haig is incredible too.

What about conventions? Do you have any more conventions coming up this year because the fans are always excited to see you?

Robert- I have to be at the airport in four hours to go San Antonio for Monster Con. I have a website www.RobertMukes.com and on that website there is an appearance page so everyone can see my schedule. I have had about twenty shows a year the last few years and I am gaining the popularity with the horror conventions. Next year will be our fifteenth anniversary for “House of 1000 Corpses” so I am anticipating that with some of the bigger shows, Monster Mania, Chiller etc. all the big boys and some of them I haven’t done as much as I would have liked but I do the small ones. I am very busy with the smaller shows we will just see how it goes.

Any chance you will return to television?

Robert- Not at the current moment but that would be nice. I was on “Westworld” last season and I’ve got my fingers crossed that they bring me back. That was an amazing show to work on. 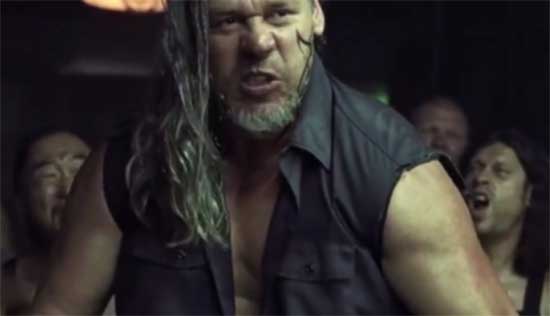 What do you want to say to the fans who will be watching “Coffin 2?”

Robert- I would definitely appreciate if they tuned in. It’s a really good twisted tale of suspense with a little bit of torture in it. It is a really good film and I am proud to be a part of it. Thank you.

With Halloween coming up, do you have any kind of special tradition that you can share?

Robert- Typically in the past I’ve watched horror movies but in the past three years I’ve been doing a show every week during Halloween month and haunted houses. So I am always typically on the road for that weekend. Conventions are fairly popular in September, October and a few in November that I have as well.

Was there anyone that inspired you professionally in acting?

Robert- I have always admired the film “Tombstone” and Kurt Russell and Val Kilmer who plays Doc Holliday. It is my favorite cowboy/ western movie. I just love they’re acting.

Thank you so much Robert. You are awesome and I love the work you do.

Robert- Thank you so much and next time you see me at a show introduce yourself. 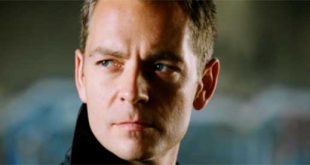 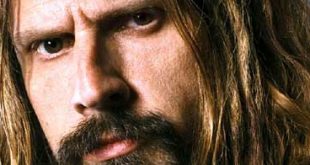 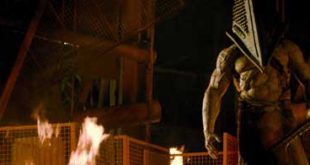 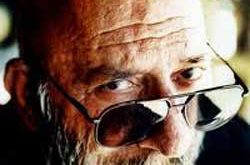