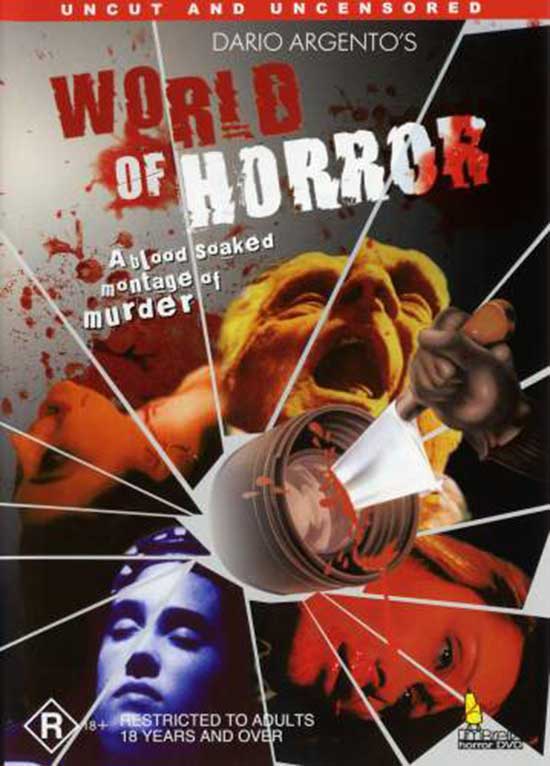 I have always been a huge fan of Dario Argento ever since I saw Phenomena on video one night with my cousin back in 1986. Since then I have seen pretty much every film he has directed and produced and can say that I dig the biggest majority of them. I think that he is one of the most talented guys working in the business today and he without a doubt belongs in the Horror Hall of Fame as he is a legend and an icon thanks to his contributions to the horror genre. I am a sucker for documentaries so I was pretty excited to check out Dario Argento’s World of Horror and thought that it was a very interesting piece that allowed the viewer to get to know the man himself a little better. 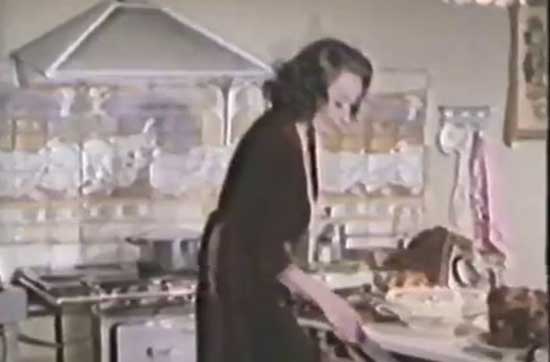 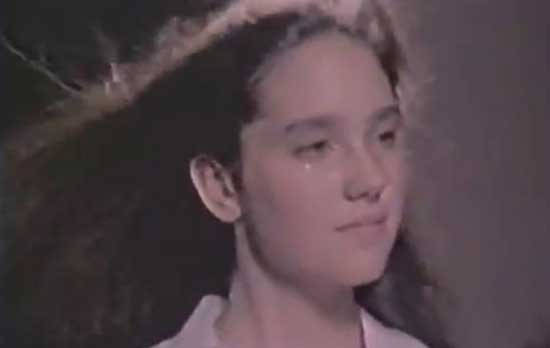 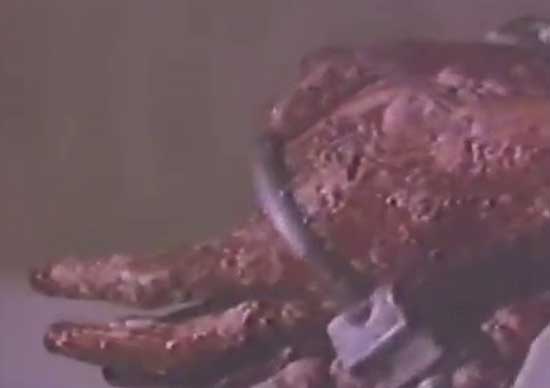 One of the things that I really enjoyed about the documentary was the fact that it showed some of the more interesting clips from some of his most famous movies. We get some pretty cool death scenes from all of his classic films and to be honest it made me want to go back and watch them all again. I think that it you are one of those people who aren’t too familiar with his work you should definitely watch this film because it will no doubt peak your curiosity and make you want to watch his movies to see what all the buzz is about. To me it was very cool to see these clips because it was sort of like seeing an old friend for the first time in a very long time and left me wanting more. If the clips that are shown in this documentary don’t make you want to watch his films then I don’t know what will because the ones that were selected are pretty much perfect as they just pretty much embody what makes his films so great. They are violent, brutal, bloody, and just a lot of fun in general.

I also dug the fact that the documentary takes a look at different aspects of a number of his films. For example it focuses on the camerawork and score/soundtrack from Suspiria (which is probably his most beloved film for most fans), the special effects for Demons and Dawn of the Dead (Tom Savini pops up here to discuss this for a moment), and the awesome way that they did the insect effects in Phenomena. I thought that all of these segments were incredibly interesting and it helped show just how much heart and effort that he puts into each and every one of his films.  It was neat seeing how he thinks and his opinions about certain aspects of filmmaking such as camera angles and lighting. If you just listen to him talk about his films (and the process of making them) it is obvious that he has a definte love and passion for the genre and is a highly intelligent and talented guy that is a master at what he does. 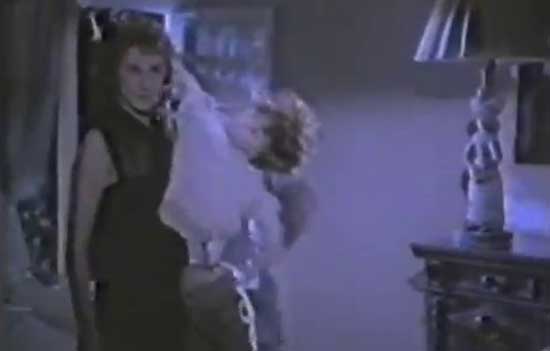 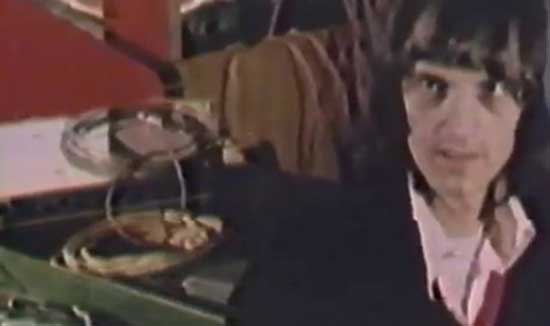 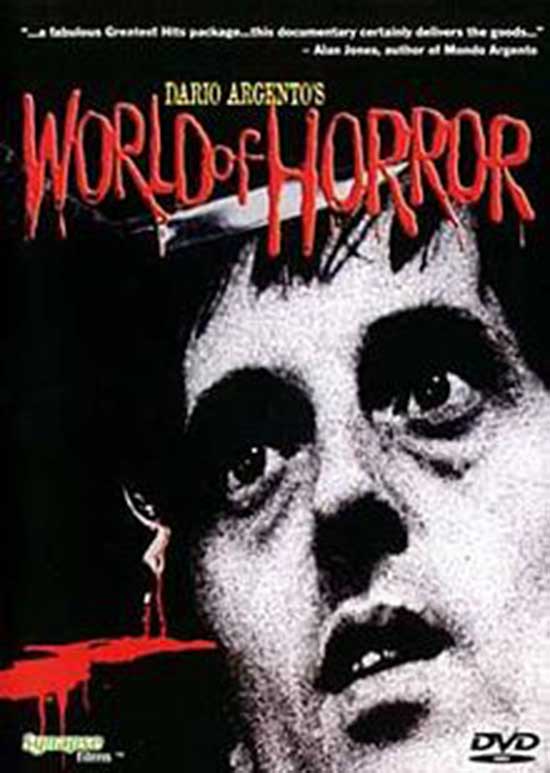 It was also neat hearing him discuss his take on his earlier films such as Four Flies on Gray Velvet and The Bird with the Crystal Plumage (which are both classics in my mind) as he notes that they are all more psychological than anything else and as such take a look at the beast that lives inside all of us that may drive us to do horrible things. While these earlier movies may not be as popular with the casual fan as his better known movies such as Suspiria, Inferno, or Tenebre I still think that they are quite awesome and I thought that it was interesting seeing him give him insight on each of them.  If you haven’t seen his earlier work I think that you will really want to after hearing him talk about them in this film and as such you will most likely want to run out and get a copy of each one after watching this documentary. 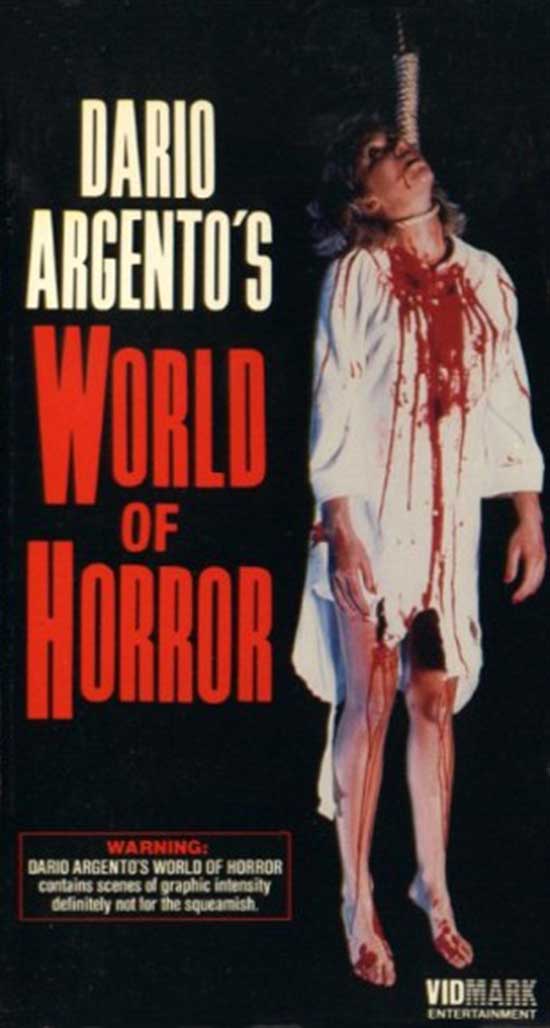 I really enjoyed Dario Argento’s World of Horror and thought that it was fascinating, informative, and extremely interesting. It was nice getting an inside look at his genius and I am very glad that I got the opportunity to see this documentary. If you are a Argento fan like I am you will dig this film as much as I did. Check it out when you get the chance as you will not be let down. Not if you’ll excuse me I’m off to have a little Dario Argento movie marathon starting with Phenomena.