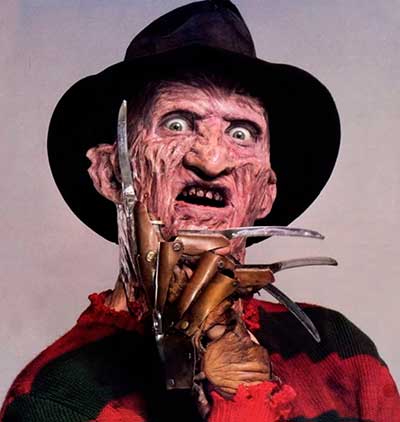 Historical events directly impact what filmmakers create and monsters notoriously tend to reflect the perils of the times. Blending fact with fiction, film draws inspiration from folklore, various cultures and universal humanistic themes, to world events in order to create stories that allow audiences to escape reality for fun as well as fear.

Common influences in horror films tend to be real-life serial killers such as Ed Gein’s effect on both The Texas Chainsaw Massacre and Psycho franchises as well as demonic possessions that influenced The Exorcist  and Amityville Horror franchises.  However, it was director Wes Craven that exalted the horror genre in the early 80’s and generated one of the largest franchises in history by discovering real-life inspiration that released terror into the one place where you can’t run, you can’t hide, and you can’t avoid – your dreams.

While browsing through the news, Wes Craven came across an article in the LA Times about male refugees mysteriously dying in their sleep after they had immigrated from the killing fields in Cambodia.  Primarily known as the Cambodian Genocide, millions were murdered, starved to death, and killed off by disease during the days of civil war under the Communist Khmar Rouge regime from 1975 to 1979. Men from Southeast Asia (specifically from the Hmong tribe) migrated to various cities in the United States including Los Angeles, Minneapolis, and Denver.

Believing they were being chased in their sleep by a demon, one man would try to stay awake as long as possible going to such extremes as hoarding sleeping pills that concerned family members would provide, as well as hiding coffee makers in his closet, only to pass away in front of his parents after violently thrashing in his sleep.

Several men of the Hmong tribe described this monster or demon as having sharp teeth and dark, animal-like fur. Demons visiting people in their slumber is not an uncommon folklore and, in fact, can be found throughout the world in various cultures.  Known specifically to the Hmong people as the Dab Tsog, legend has it that this creature dwells in caves but leaves at night to steal people’s souls by sitting on their chest and suffocating them in their sleep.

It’s a story that you would tell in the dark with a flashlight under your chin while trying to scare your friends, but to this tribe it was a legit lethal legend. Furthermore, the only way to eradicate the Dab Tsog is by way of a shamanistic ritual which isn’t that common of a practice in the United States.  Various cultures across the world have similar folklore about a creature that visits them in their dreams, and therefore, provided the evidence Craven needed in order to find a fear that is so psychologically and subconsciously disturbing that it can span not only generations, but various demographics across the world by tapping into what makes human beings scared. 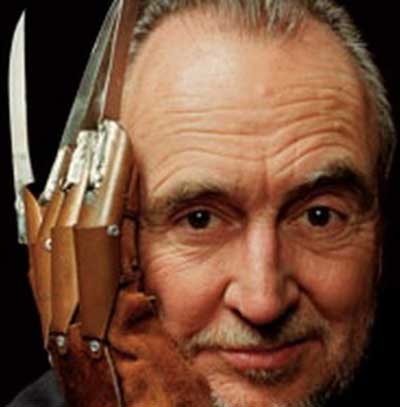 With a concept in place, Craven progressed with conceptualizing a character in which he looked to his childhood for inspiration.  While growing up in a strict Baptist household in Cleveland, Ohio, Craven was regularly bullied by a specific peer named Fred Krueger who would push him down daily and even throw rocks at him.  So, naturally naming a disfigured, murderous child sex offender after him seemed like solid revenge. I seriously wonder what happened to this guy and how his life was changed because even the villain in Craven’s savage directorial debut, The Last House on the Left, was named Krug which could be a throwback to his childhood nemesis as well.

The aesthetic inspiration quickly followed.  One of the most noteworthy experiences Craven encountered as a kid was when he was laying in bed and heard faint knocking noises above his window.  When he peered outside, a man in the shadows was silently staring directly back at him. Upon second glance, this man who was believed to be homeless, was still leering back at Craven and smiled as if he found amusement in terrifying him.

The enjoyment of an adult terrorizing a child was the inspirational backbone for Freddy’s playfully perverted personality in which he enjoys psychologically traumatizing his victims before their imminent death. While Michael Myers and Jason Voorhees hid behind a mask, Craven didn’t think that was the approach Freddy needed to take. He wanted to revolutionize the concept of an antagonist hiding and instead expose him leaving little to the imagination in that sense, despite Nightmare being filled with elaborate, inventive kills and shape shifting that wouldn’t be as smooth of a transition had Freddy’s face been concealed. With the glorious rise of special effects in the 80’s, special effects designer, David B. Miller, conceptualized Freddy’s facial scars and burns using latex prosthetics. In order to tie in the story line of his fiery death, Miller visited burn victim units in various hospitals, but it wasn’t until he ordered a Domino’s pepperoni pizza that he solidified his texture, sizing, and color palette for Freddy’s brutally burned face. 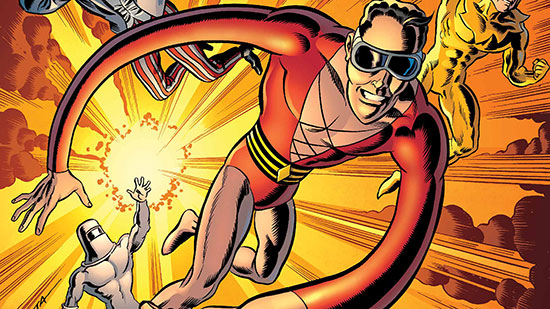 A fan of DC comics, Craven’s ultimate superhero was Plastic Man.  Not the most badass superhero of the bunch, but if you’re not familiar (which the majority of people aren’t), he’s known for his uniquely malleable body chemistry that allows him to twist and contort into various positions. He’s also one of the first characters to incorporate humor into action storytelling, which may have played a role in Craven’s later films exhibited by Freddy’s sinister yet increasingly silly one-liners to his exuberant method of merging reality and fiction through horror film references in his Scream franchise.

Despite constantly changing, Plastic Man’s clothing would always remain the same which indicated his identity.  Craven applied this concept with Freddy’s signature sweater, so no matter what form he took, he was instantly recognizable.  The colors red and green were chosen as a result of a 1982 Scientific American article that explained those two colors side by side clash most uncomfortably across the human retina. This may explain my aversion towards Christmas decorations; but that personal detail is neither here nor there.

In 1980, the world was introduced to Jason Voorhees with the success of the Friday the 13th films in which he became a signature slasher in horror.  Creeping behind a hockey mask and wielding a machete thirsty for a high teenage body count, Craven kept him in mind as both competition and comparison for Freddy’s signature weapon to formulate how it would be a personality extension of his character. 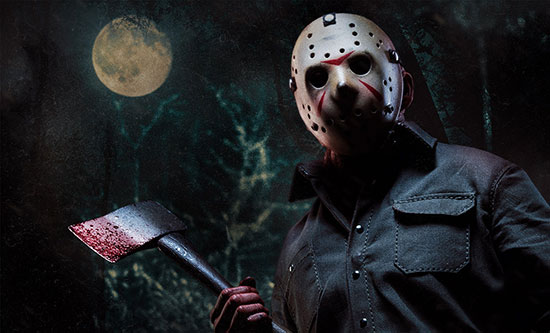 Equipped with a master’s degree in academics, Craven knew there were certain universal fears that pertain to the human experience which can correlate to our subconscious. Reverting back to our primitive origins, the fear of predatory animals such as the cave bear struck an imaginative cord. He further went to explain that human skin is so easily torn that being ripped to shreds and spilling out your insides is a fear so deeply embedded into our being that it could be a reason why horror films continuously use slasher elements. Applying this notion to the most dexterous part of the human body, Freddy’s leather glove equipped with sharp knives became reality and catapulted the finalized character into the soul sucking assailant that we all know and fearfully love today.

For over thirty years, Freddy Krueger has been on the forefront of iconic horror villains.The Nightmare on Elm Street franchise has grown to nine films, a television series, novels, comic books, video games, and endless merchandise.  By incorporating childhood experiences, real world events, and subconsciously primal fears, Craven constructed a character with the perfect balance of terror and humor while executing some of the most imaginative and cerebral kill scenes in horror cinema history. As a result, audiences were graciously yet gruesomely gifted a villain that we love to hate and supplied nightmares that will be enjoyed for years to come. 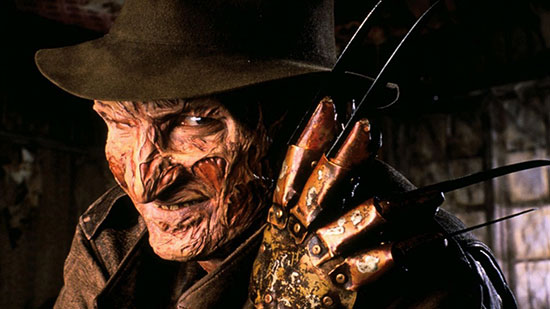