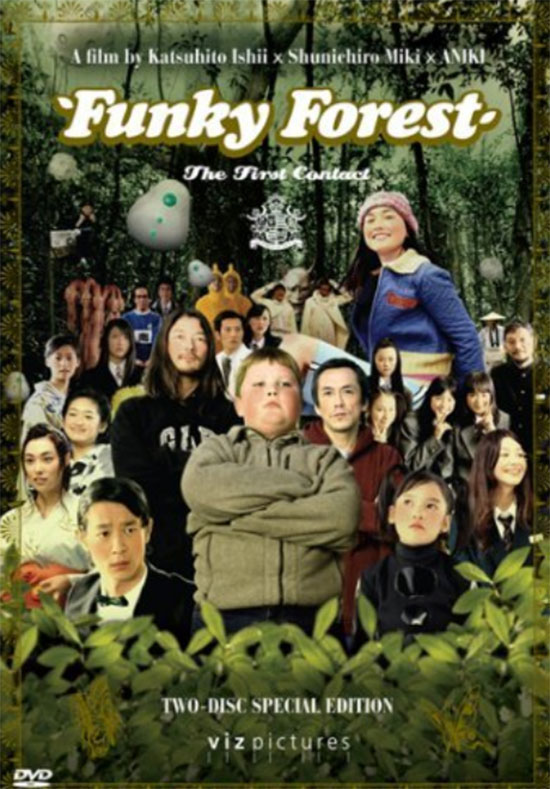 A surreal series of loosely connected and often absurd comedic vignettes touching on themes including alien life, relationships, and the dangers of interpretive dance.

2005’s Funky Forest: The First Contact is less an anthology than an arthouse collection of long-form shower thoughts, anecdotes, and tiny fever dreams. Directors Katsuhito Ishii, Hajime Ishimine, and Shunichiro Miki have assembled a motley crew of disorienting little comedic tales that occasionally flirt with the idea of cohesion before defiantly embarking on yet another bizarre non-sequitur.

As the collection’s segments are so often disjointed and absurd, it’s fitting that the collection opens with a vaudeville-style comedy act. This ordinary beginning is quickly displaced by a glimpse into an otherworldly future. As this segment draws to a close, we discover that the act was being watched on a television by someone seated in a very narrow and very toy-like space pod. As the pilot blasts off, the pod gently floats into the air into a sea of other pods – this is the world of Funky Forest, a world where anything is possible, timelines intersect and overlay one another, and appearances mean nothing. 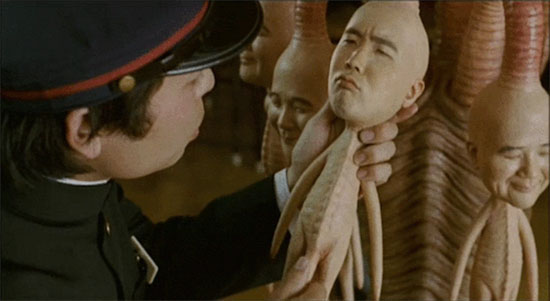 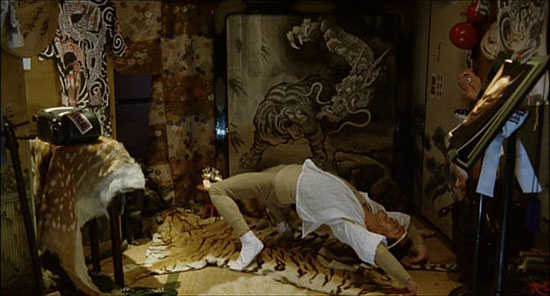 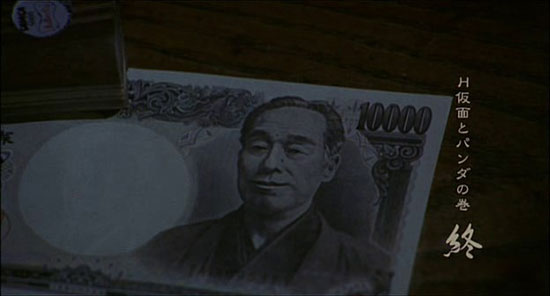 I’ll provide just a few examples of what the film has in store for adventurous viewers willing to commit to the film’s daunting 150-minute run-time.

In one (very short) segment, a little girl shoots lasers from her eyes as a way of playing with an anthropomorphized blob. She then disappears into a tiny blackhole, an animation which serves as a segue into a new vignette. In another piece, a young English teacher named Takefumi and his former student consider whether or not to date – well, she thinks about it, at least. His voiceover concerns the connection between turntables and the cosmos, a philosophical exploration that will surely feel familiar to anyone who has lived with an aspiring stoner DJ.

The “Takefumi’s Dream” vignette later on in the film features a funky-psychedelic and sinister battle between the would-be DJ and a fun-fur clad, bleach-blond nemesis on a beach. Much of the segment features no dialogue, and the fighting is all interpretive dance. At one point, a  pair of young twins wearing some extremely avant-garde clothing appear for no other reason that to provide Takefumi with an impromptu choreography lesson, after which Takefumi engages in a “final boss fight” with an animated, extremely stylized female figure who appears to be made out of neon and then embraces dance as a method of communicating his love to a would-be girlfriend in a legitimately adorable scene (before going on to compete in a dance-off with a disembodied animated head). 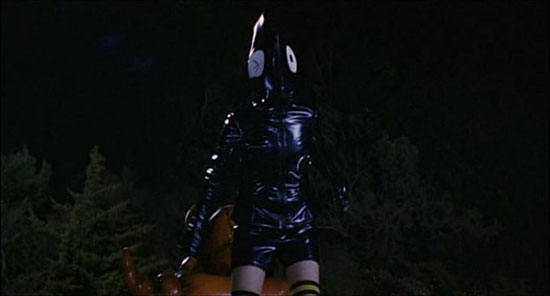 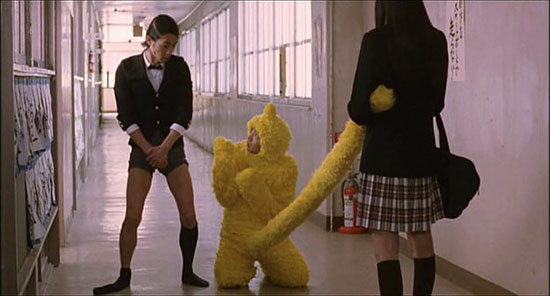 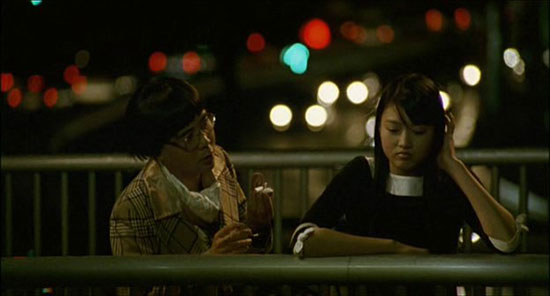 Yes, you read all of that correctly.

Not all of the vignettes dive so deeply into high-arthouse aesthetics. Many of them are grounded in realism and offer much more naturalistic acting. A series of segments follow a trip taken by three female friends (referred to in the title cards as “The Babbling Hot Springs Vixens”) – these pieces are dialogue-driven, and while the acting isn’t as consistent as I would have liked, I found myself far more invested in these characters than in many of the others. In several of the segments, the young women take turns telling each other stories from their lives, ranging from a lesson about making peace with neighbours to a gossipy tale about a hapless virgin with a penchant for pandas. These story-telling segments are very easy to relax into – they’re engaging and upbeat, even when the stories don’t seem to have a suitable pay-off. The story deemed not to have a satisfying enough ending triggers a massive pillow fight between the three friends that draws in three housekeepers to restore order. 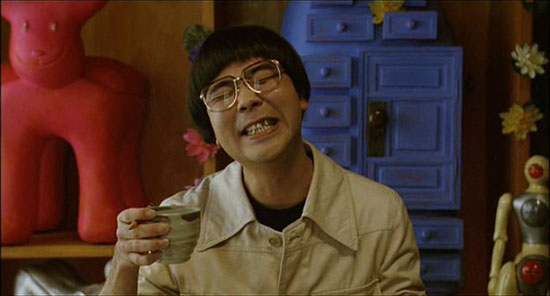 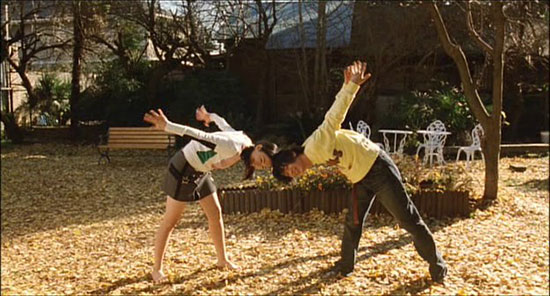 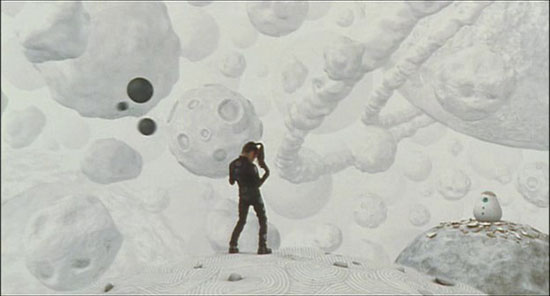 One brilliant segment which purports to be a dream sequence features nothing but a simple countdown clock backed with dramatic music scoring the visuals that we aren’t being permitted to see.

Often, the segments make sly, self-knowing references to the insanity of their storylines; in a wink to the audience, a character in one short admits that she hasn’t the foggiest idea what is going on. The gleeful absurdity of Funky Forest makes it a genuinely fun viewing experience, if an occasionally bewildering one.