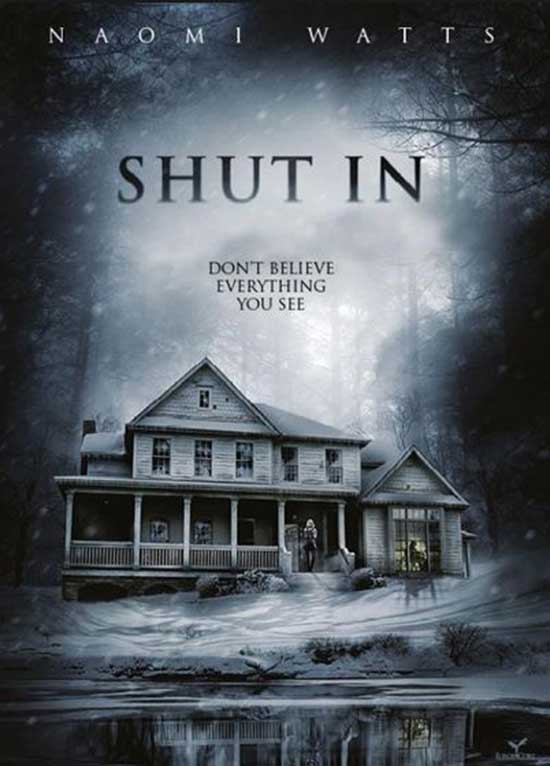 A heart-pounding thriller about a widowed child psychologist who lives an isolated existence in rural New England. Caught in a deadly winter storm, she must find a way to rescue a young boy before he disappears forever.

There are some films that come along in which the whole is clearly greater than the sum of their parts. They may not have the best performances, the greatest production values, or the most interesting direction, but they simply click. They work.

And then there are some that don’t.

Unfortunately, Shut In is one of the latter.

Ultimately, that’s disappointing, because the 2016 release from director Farren Blackburn features an outstanding cast, some very interesting direction, and a production team that has assembled a good looking, well-produced film. In the end, though, Shut In ultimately feels like the whole is decidedly less than the sum of its parts, and it is pretty clear where this intimate little thriller goes off the rails.

When Mary and Richard decide to send their troubled teen son, Stephen, away for help, a tragic accident leaves Richard dead and Stephen essentially a vegetable. Emotionally shattered and left to care for Stephen alone in their isolated New England home, child psychologist Mary struggles to get by, living essentially a half-life tending to Stephen’s physical needs at home while tending to the psychological needs of her patients at work.

When one of those patients, a young deaf boy named Tom, disappears and is presumed dead, Mary begins to believe that Tom’s ghost is reaching out to her from beyond the grave. Overcome with both guilt over the role she imagines she played in Tom’s death and her shame at the burden she feels in caring for Stephen, Mary finds herself haunted by a series of dreams and visions that reveal a darkness within her and a sense of impending doom all around. 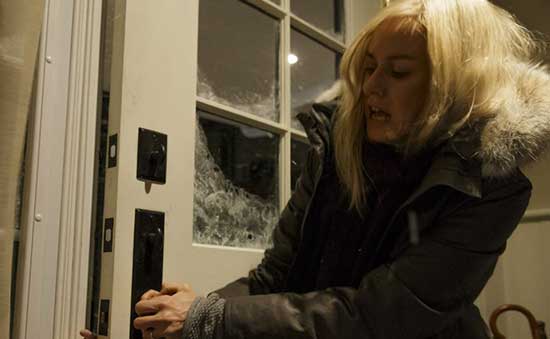 Soon, it all gets to be too much for Mary, and when a crippling winter storm rolls in and cuts them off from the rest of the world, Mary and her demons are left to struggle for her sanity and her survival.

Naomi Watts stars as Mary in Shut In and grounds the character in a foundation of sadness, distress, and guilt. Watts, who is arguably among the finest actresses of her generation, delivers her usual excellent performance, imbuing Mary with pathos and dimension and giving the audience a character to embrace and invest in. No stranger to dark cinema (Mullholland Drive, The Ring, Funny Games), Watts knows how to blur the line between reality and fantasy—not to mention drama and horror—and when the action takes a turn for the worst, Watts maintains the depth of her performance in a way that some others most surely would not.

Shut In, however, does not rely solely on the strength of its anchor performance, but rather surrounds Watts with an accomplished ensemble of supporting performers, including Jacob Tremblay (the stellar young actor from Room) as Tom; Charlie Heaton (the haunted older brother Jonathan Byers from Stranger Things) as Stephen; the always-excellent Oliver Platt (Flatliners, Lake Placid) as Mary’s friend and therapist; and French actress/director Clementine Poidatz as Mary’s assistant. 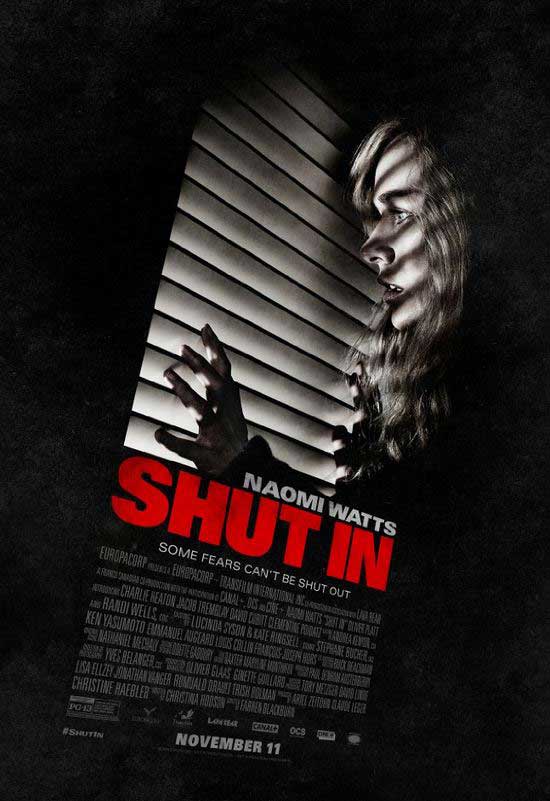 That cast is expertly shepherded by director Farren Blackburn, who demonstrates not only a deft touch with actors, but also a confident visual flair and solid instincts for suspense. That professional excellence extends to most of the team behind Shut In, which looks terrific and feels like a film that cost significantly more than it did.

However, despite so much of what is right with Shut In, when it goes wrong, it goes very, very wrong.

That moment of wrong is easy to identify, in fact, and hits at about the two-thirds point in the movie. Up until that point, not much actually happens in Shut In, other than a lot of teasing and stage setting. That would all be well and good if the payoff worked, but the problem here is that for much of the movie, nothing really happens…and then when it does, the wheels come completely off.

When Shut In hits its turning point—the moment when it turns the corner and becomes a much more intense thriller—the big reveal that launches its third act is a real groaner. What must have been intended to be an M. Night Shyamalan-ian style twist is actually so pedestrian—not to mention so clearly telegraphed—that it squanders much of the goodwill that the film had built to that point.

Even worse, once that reveal sets the climax in motion, nearly everything that happens from there on out feels wrong. Characters do things that make you shake your head and laugh. Both the violence and the resolution are perfunctory, at best. And the entire last half hour of the film is so repetitive and bloated with unnecessary narrative turns that it would appear to be an attempt by the filmmakers to get to a reasonable feature-length running time.

Oh, and over the course of just a few minutes, one of the worst winter storms in New England history—a storm that clears the roads, downs all communications, and leaves Mary helpless and alone—completely ceases…conveniently just when the action needs to move outdoors. 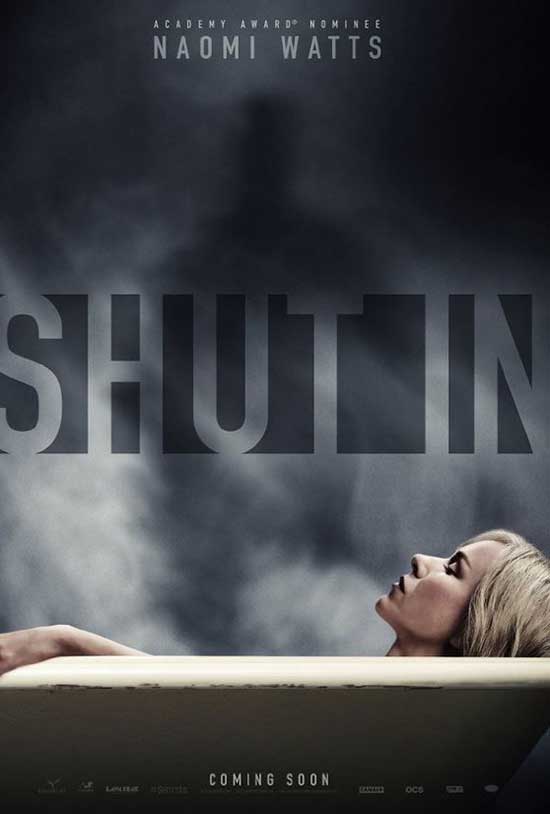 Whether the fault for this cinematic derailment falls to first-time screenwriter Christina Hodson or not is debatable. Much of the early part of the film is well-scripted and crafted, and she likely didn’t script a sudden, peaceful end to a horrific winter storm.

But no matter who is ultimately responsible, the final act of Shut In sinks faster and more fatally than, say, a young deaf boy being pushed into a lake that in any other part of the world—and any other movie, for that matter—would definitely be frozen.